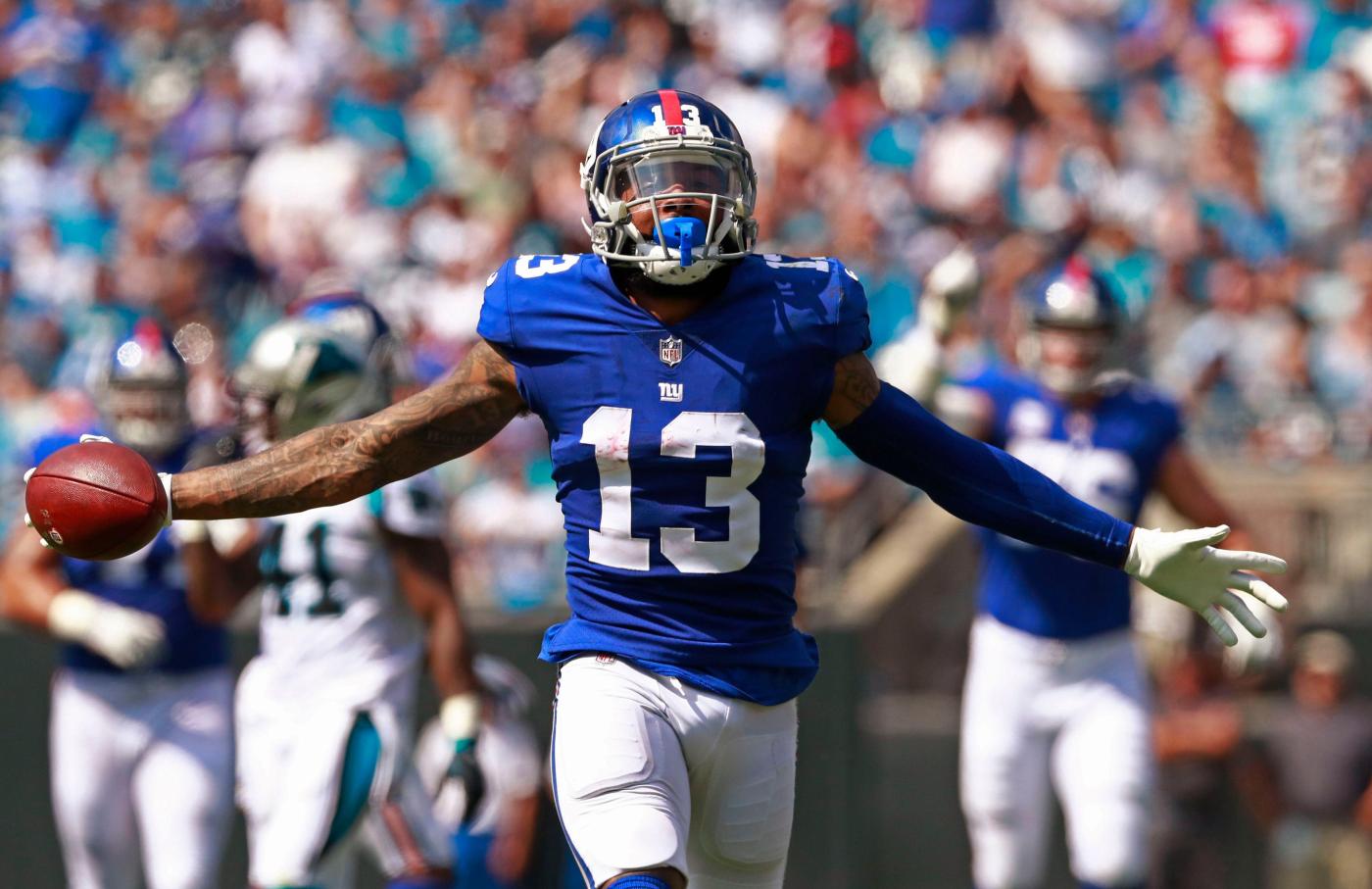 Barkley smiled Friday and made his own case for the Giants.

“I feel like there’s not really a sales pitch,” he said. “It’s New York. It’s the Giants. Obviously he has familiar faces within this facility and this locker room. Personally, I think it would be a great story to come back to a place where he was at before and continue to help build success … and be a leader and the type of player he can be for this team.”

Barkley said he saw Cowboys linebacker Micah Parsons tweet at Beckham urging him to join the Giants’ division rival. The Giants’ running back has a more direct line to OBJ.

Beckham is nearing completion of his rehab from last February’s torn ACL, and the free agent is expected to make a decision in November or December between a host of potential suitors.

The Bills, Rams, Giants, Cowboys and Packers are among the teams believed to be in the mix, though a Giant reunion is still more likely next spring than this fall.

Barkley said it’s no surprise to him that Dallas is putting on the full-court press.

“He’s Odell,” he said. “He’s a heck of a player. When he’s healthy, one of the best players in the league. So why wouldn’t anybody want him on his team?”

The Giants remain a team to watch here until Beckham signs somewhere regardless, even though they have limited money.

Beckham unofficially visited the Giants on Oct. 3, stepping back into the building for the first time since being traded to Cleveland in 2019.

And GM Joe Schoen recently admitted he’s been in contact with Beckham’s representatives and said the Giants would consider Beckham when he’s healthy.

ADOREE UP AT PUNT RETURN?

Top corner Adoree Jackson handled primary punt return duties in practice on Wednesday and Friday and he may be in line to replace Richie James there Sunday.

“No,” Daboll said. “We’ll see how that goes with who we put back there, but that wouldn’t [stop us]. He’s been a good returner in the past, and if we think that’s the best thing for our team, we would use him.”

Jackson was electric with the ball at USC in college. He was the Tennessee Titans’ primary punt returner as a rookie in 2017, with 34 returns for 290 yards. But the Titans gradually fazed him out of that role. Jackson also muffed the first punt of Friday’s practice.

He has never done it in a game as a Giant, but that looks like it will change Sunday.

Giants edge rusher Jihad Ward said he was not with Xavier McKinney in Cabo, although Ward does love riding dirt bikes and ATVs in his spare time at his home in Texas.

“I’m gonna need everybody to stop rubbing on Xavier McKinney,” Ward said at his locker this week. “It’s a lesson learned and we still got his back regardless. We love him and s—t happens.”

McKinney’s hand injury during the bye week is a cautionary tale for NFL players. It violates the standard contract, which can cost players money, not to mention jeopardize their careers.

But Ward said riding is what he does to relax and calm his mind. He knows the risks. And he’s going to keep doing it.

“I take responsibility,” Ward continued. “This ain’t [my] first rodeo. The only reason [it’s getting attention] is [this] the Giants. [But] everybody knows, every player and every coach knows I ride dirt bikes. So when they see s—t like [McKinney’s injury], now there’s more pressure on me. Because they see me riding bikes on a daily basis … But now with situations like that, everybody’s looking at me [like] was I there.”