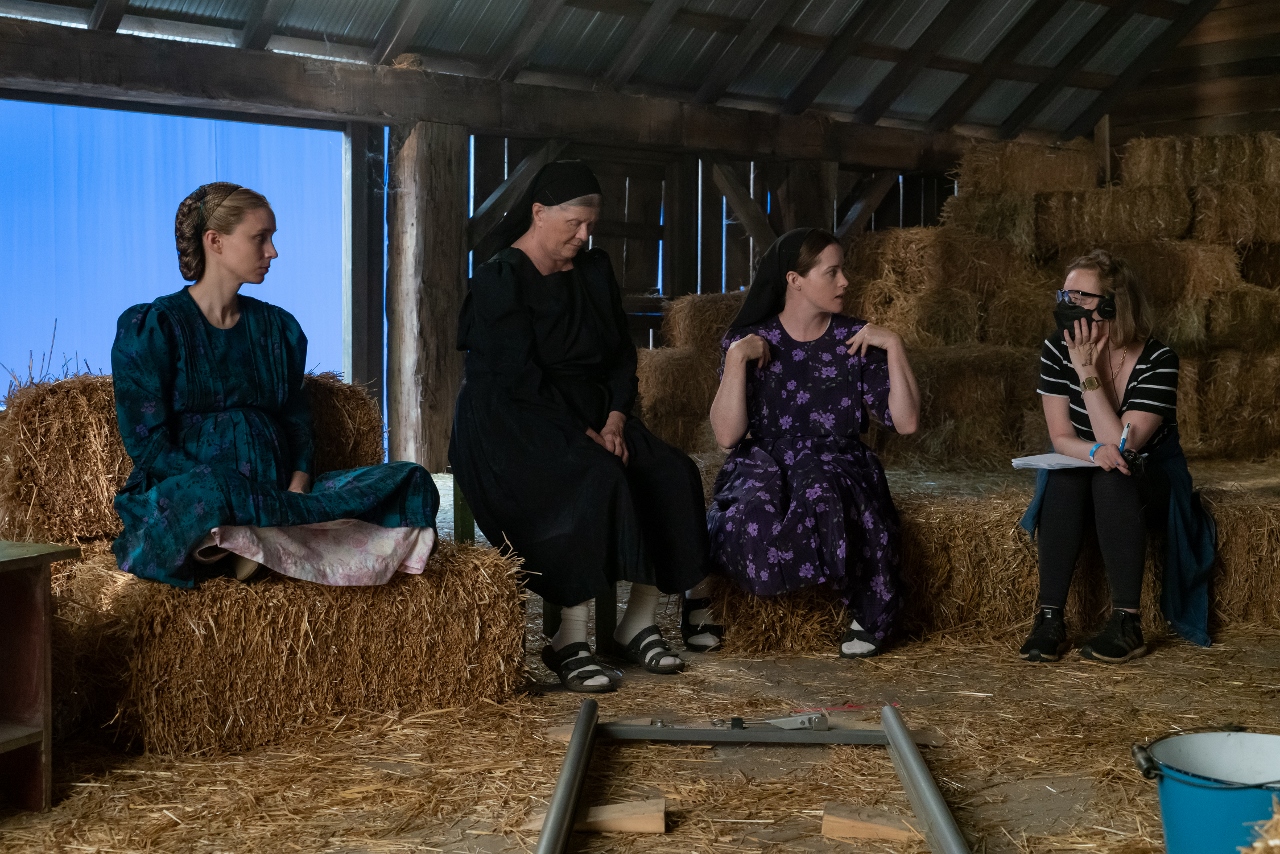 As soon as Sarah Polley read the book “Women Talking,” “I had a burning desire to make this as a film.”

An actor, writer and director, the Canadian Polley, 43, was Oscar nominated for her directorial debut “Away From Her.”  “Women Talking,” a critics’ favorite and an expected Oscar contender, is nominated for two Golden Globes and six Critics Choice awards, including Best Picture, Best Director and Best Adapted Screenplay.

Adapted from Miriam Toews’ 2018 reality-based fiction, “Women” is inspired by an actual Mennonite community in Bolivia. It’s 2010 and the women, left alone when the men are called into town, have come together to decide what to do, now that they have to face that the men from their community have for years drugged and raped the women at night.  Should they stay and endure? Or should they go?

As a producer Frances McDormand, featured briefly onscreen, was the sparkplug in seeing the film made.  The ensemble includes Claire Foy (“The Crown”), Judith Ivey (TV’s “New Amsterdam”) and Rooney Mara.

“The writer of the novel grew up in a  Mennonite community and I wanted to meet those women on their own terms,” Polley said.

Her connection to these women’s conversations was immediate and intense.  “I was so drawn to the questions around faith and community and forgiveness, healing and democracy. It is just such an unusual way of addressing so many things. It read to me as a kind of fable.”

And as the women gather in a barn and discuss, Polley creates a sense of majesty in this humble edifice.  “I felt this film deserved a large canvas,” she said in a post-screening Q&A.  “In general I veer away from bombastic gestures in filmmaking but I felt I wanted to challenge myself to not be too subtle and show the gravity of a group of women sitting around, talking about the world and how they want to change it and break the world they live in and make a new one.

“I didn’t want to be apologetic how big and important this conversation was.”

That meant keeping the focus on these women who are talking, not while they’re being raped or beaten.

“It’s really hard to show sexual violence without it becoming fetishized in some way. I find it really difficult to watch a scene of explicit sexual assault.  And I also didn’t think it was necessary or what the film’s about.

“The film,” she continued, “is about the impact it has and what they do with that moving forward. So I didn’t see any point in showing us the assaults themselves.”