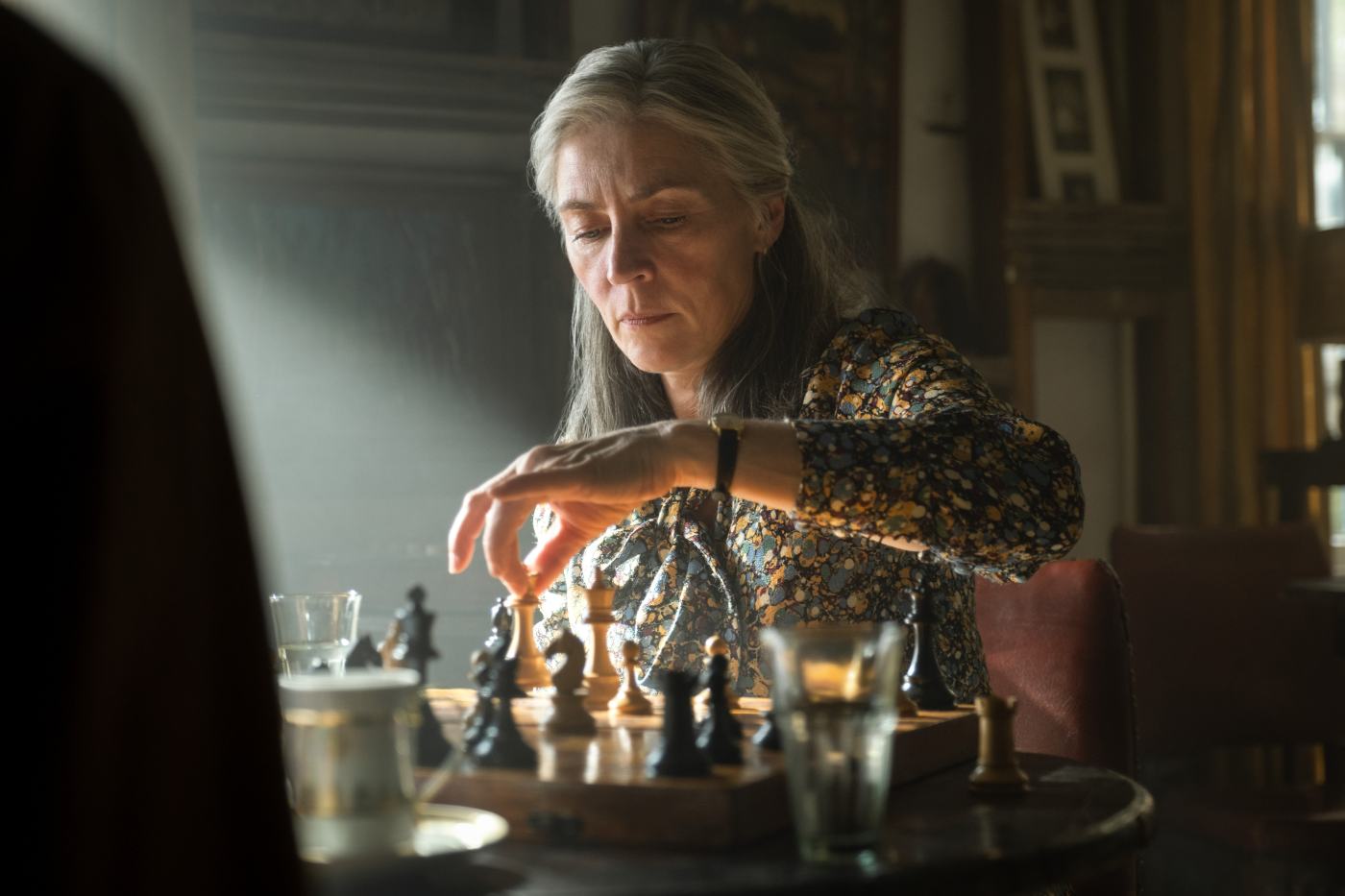 The series, based on Mick Herron’s bestselling thrillers, has been dubbed a successor to the Everest of spy tale telling, John Le Carre.

Slough House – mistakenly dubbed “Slow Horses” – has Gary Oldman’s abrasive but brilliant Jackson Lamb lead his troupe of disgraced agents.  By his side, is the stalwart, sensible, recovering alcoholic Catherine Standish (Saskia Reeves) who might be the office administrator but is actually his right-hand assistant, semi-caretaker.

As S2 vividly shows, Standish is more than capable of going to the mat to save the lives of Lamb and Slough House. “It’s a group of very dysfunctional misfits, outcasts from the MI5 building in Regent’s Park. They’ve all got their issues, they’ve all had massive failings — and we get to know them from all different angles,” Reeves, 61, explained in a Zoom interview.

“Catherine keeps reminding everybody she used to work for the head of MI5, who killed himself in the bath. Everyone blames her — and she blames herself for not having been sober enough or together enough to see that coming. She was his secretary. But she was much more than that.

“As we learn in Season 2, she did everything for him. She bought his clothes, she got his shopping, she looked after him. I imagine they sat up nights late drinking whiskey, talking about ops and all sorts of people and situations. She was privy to a lot of very private information about what MI5 were doing. So she has a lot of experience and she’s been underused in Slough House — as they all are.”

Catherine’s relationships are explicitly charted in S2.  Part of the pleasure of the series – already renewed for two more seasons – is to see Oldman’s Lamb continually go off in rage-spewing tirades at whomever is near. He’s got a lion’s roar and Catherine has no trouble handling him.

“Jackson Lamb is aware on some level of how useful she is. But he doesn’t want to give her any credit. For anything. I think when she becomes very aware of how dismissed she is by the other people in Slough House, it gives her the impetus to do something! Because she understands and she knows that she’s clever. She’s very, very clever. But she’s completely underestimated all the time.

“Which,” Reeves said with a smile, “is great fun. It’s then we see her being quite wonderful and efficient.”