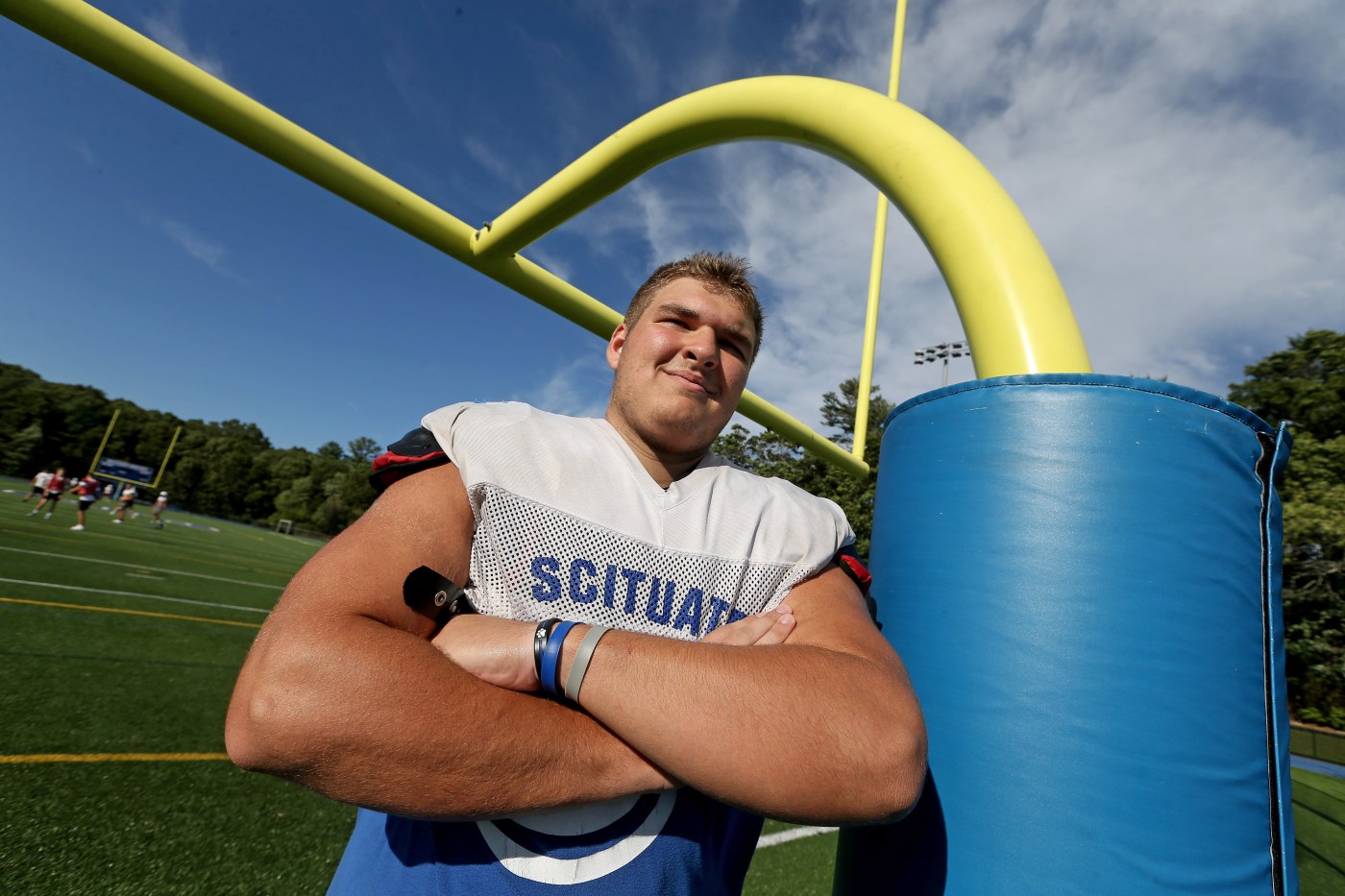 When Sailors coach Herb Devine decided to take a gamble and go for the Div. 4 Super Bowl title with a risky play late last fall, Danny Thompson and his teammates knew the dangers. After all, the Sailors were taking on a perennial juggernaut in Duxbury. While the two programs were longtime rivals, Scituate had struggled to defeat the Dragons in recent decades, as had every other school from the Patriot League ranks.

With a state championship hanging in the balance, the Sailors handed the ball off to star running back Keegan Sullivan. The senior immediately followed in Thompson’s footsteps.

Thompson proceeded to open a gaping hole along the left side of the line, allowing Sullivan to spiral into the end zone for a game-clinching, two-point conversion with 27 seconds remaining. The Sailors had finally conquered their demons, while slaying the Dragons in the process during a stunning 14-13 victory at Gillette Stadium. It was the second state title for Scituate’s football squad since 2018.

The craziest part? Scituate had faced the exact same scenario at the end of a regular season game against Duxbury a few months back. Earlier in the fall, the Sailors fell short during a heartbreaking 27-26 loss on Sept. 17.

When asked where he thought the Div. 4 Super Bowl ranked in terms of the all-time great showdowns, Devine fondly looked back on the week.

“I’m biased, but I would put it up there,” said Devine. “How do you write a better script, where we played Duxbury earlier in the year… to be able to line up and go for two in week two, and we fail? Then to be able to come back to face those guys again in the state title game, have the opportunity to go for two again and execute it, redeem a little bit of what happened? What a battle that Super Bowl game was.”

That evening, countless restaurants along Front Street in Scituate Harbor were packed to the rafters. Typically, it is common to see New England Patriots games on the monitors. This time around, the Sailors were playing on local television, and diehard fans celebrated throughout the Irish Riviera when the play developed.

“I think it was kind of a great moment in Scituate sports history,” said Devine. “Obviously for football it was, but to beat a team as successful as Duxbury has been over the years, it was kind of like that feeling of: ‘Oh my God, we finally beat these guys.’”

Scituate graduated 19 seniors from last year’s squad however. Now a team captain, the Sailors will be turning to Thompson for leadership once again in 2022.

So far, Thompson has received collegiate offers from Bryant and Sacred Heart. Always having a knack for both sides of the ball, the senior has also received interest from a series of Ivy League schools, most notably Brown and Dartmouth.

“I think we knew when he was younger, as a freshman or sophomore, we definitely saw his work ethic,” said Devine. “I think that’s what separates Danny apart from a lot of the linemen that we’ve had. He’s just got this unbelievable work ethic. He eats, sleeps and thinks football. It’s what he wants to do. It’s where he wants to be in college. He works so hard to be a leader, not only on the field, but he does it in the classroom, he does it in the weight room. He loves football… I think he really wants to play at the highest level that he can, and he’s not going to let anybody tell him no.”

Scituate will open its season with a game against Milton later this week. Then, the Sailors will welcome Duxbury back to town for a Super Bowl rematch Sept. 16.

Thompson knows what lies ahead. At this point however, he and his fellow teammates are just taking it one game at a time as they embark on what they hope will be another fruitful campaign.

“It’s really been my whole life,” said Thompson. “I think I’ve been going to Scituate games since I was really young. Just kind of seeing what that culture’s been about, what it’s been able to do for the town. The game of football is just something that I’ve always loved.”