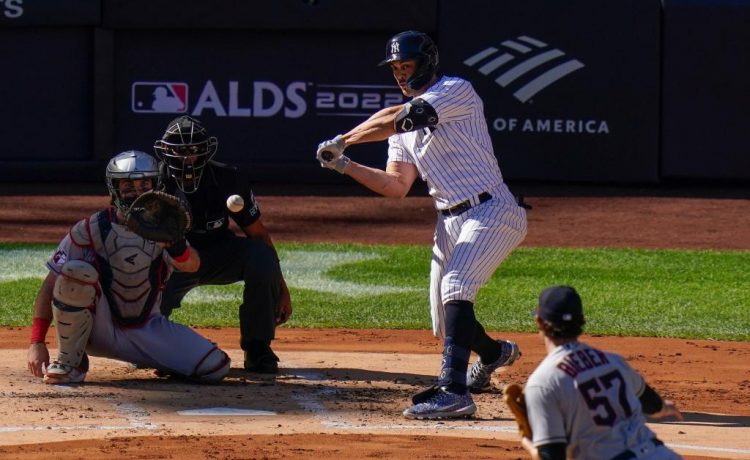 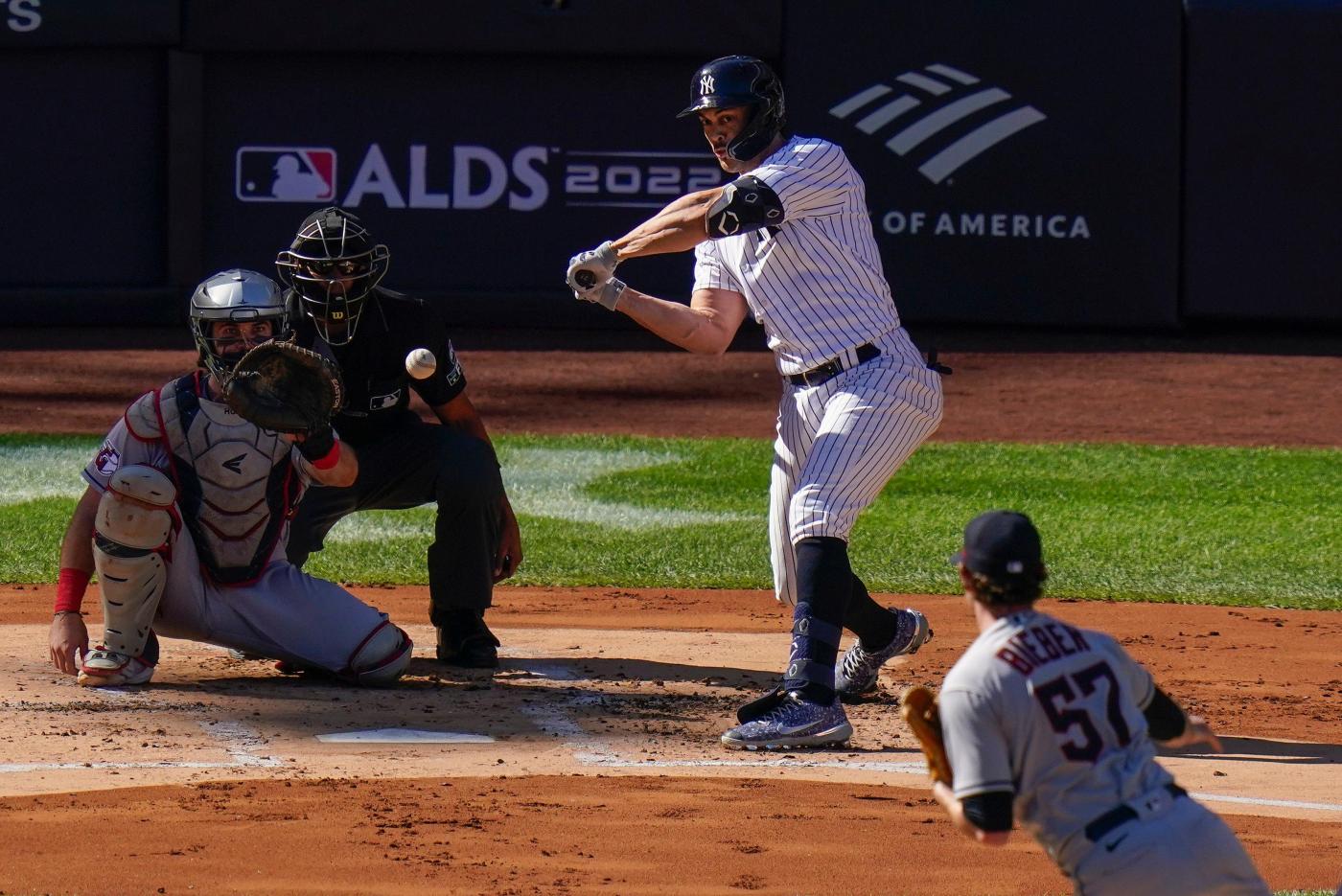 The last time Shane Bieber faced the Yankees in a postseason game, he gave up a home run to the second batter of the day.

On Friday, in Game 2 of the Guardians’ tilt with the Yankees in the ALDS, he waited until the fourth batter to do the same.

Giancarlo Stanton lifted a ball over the beckoning right field wall, putting the Yankees ahead 2-0 after Gleyber Torres’ two-out single. For Bieber, who represented the main hope for the Guardians not falling into a deep series hole, the feeling from watching this home run had to be worse than the last one.

In 2020, the long ball he gave up to Aaron Judge happened in front of zero fans. This one to Stanton not only occurred in a frenzied Yankee Stadium, it also woke the crowd up early, something that every starting pitcher fears in this environment.

Stanton’s 352-foot fly ball came after the slugger visibly disagreed with home plate umpire Jeremie Rehak’s 3-1 call. Stanton watched, correctly, as Bieber’s cutter wrapped around and underneath the strike zone. Rehak called it a strike though, bringing Stanton back to the box to exchange a few words. For the entire at-bat, Bieber had given Stanton pitches off the plate, seemingly OK with walking him and bringing up Josh Donaldson.

The payoff pitch ended up right in Stanton’s happy zone, though. Rather than missing wide, Bieber’s 93 mph fastball whizzed across the plate in the strike zone’s upper half, allowing Stanton’s superhuman strength to do the rest. With one flick of the bat, the Yanks had an early lead, Stanton’s consternation gave way to an emphatic bat toss, and Bieber was left wondering how far he’ll have to miss next time to get the walk he was likely looking for.

Donaldson then promptly grounded out on the first pitch of his at-bat to end the inning, only making things crueler for the Cleveland dugout. After that first inning, though, Bieber became virtually untouchable. He only allowed three more hits, all singles, eventually putting together a final line that will make the entire Guardians organization very happy. Bieber finished his day with 5.2 innings, five hits, seven strikeouts and two earned runs, both courtesy of the Stanton bomb.

Playing during the daytime didn’t help, as the afternoon sun cast some very odd shadows over the Yankee Stadium infield. Bieber’s cutter and slider were particularly dastardly, causing whiff after whiff that could be felt all the way in the press box.

“You start getting into the shadows, it gets to be a tough, tough day to hit,” manager Aaron Boone said. “You know, I thought obviously you’re going up against Bieber, he’s going to be tough with his execution.”

While Bieber won’t be able to pitch for the rest of the series — barring a heroic relief appearance on just two days’ rest in a potential Game 5 — he did his job in evening up the series, which now shifts to Cleveland for two massive games that could wind up putting the Yankees in an early grave.