Todays Though > News > Sharks are not a threat to humans, shark expert says. But would he swim off Cape Cod? ‘I don’t want to risk it’
News

Sharks are not a threat to humans, shark expert says. But would he swim off Cape Cod? ‘I don’t want to risk it’ 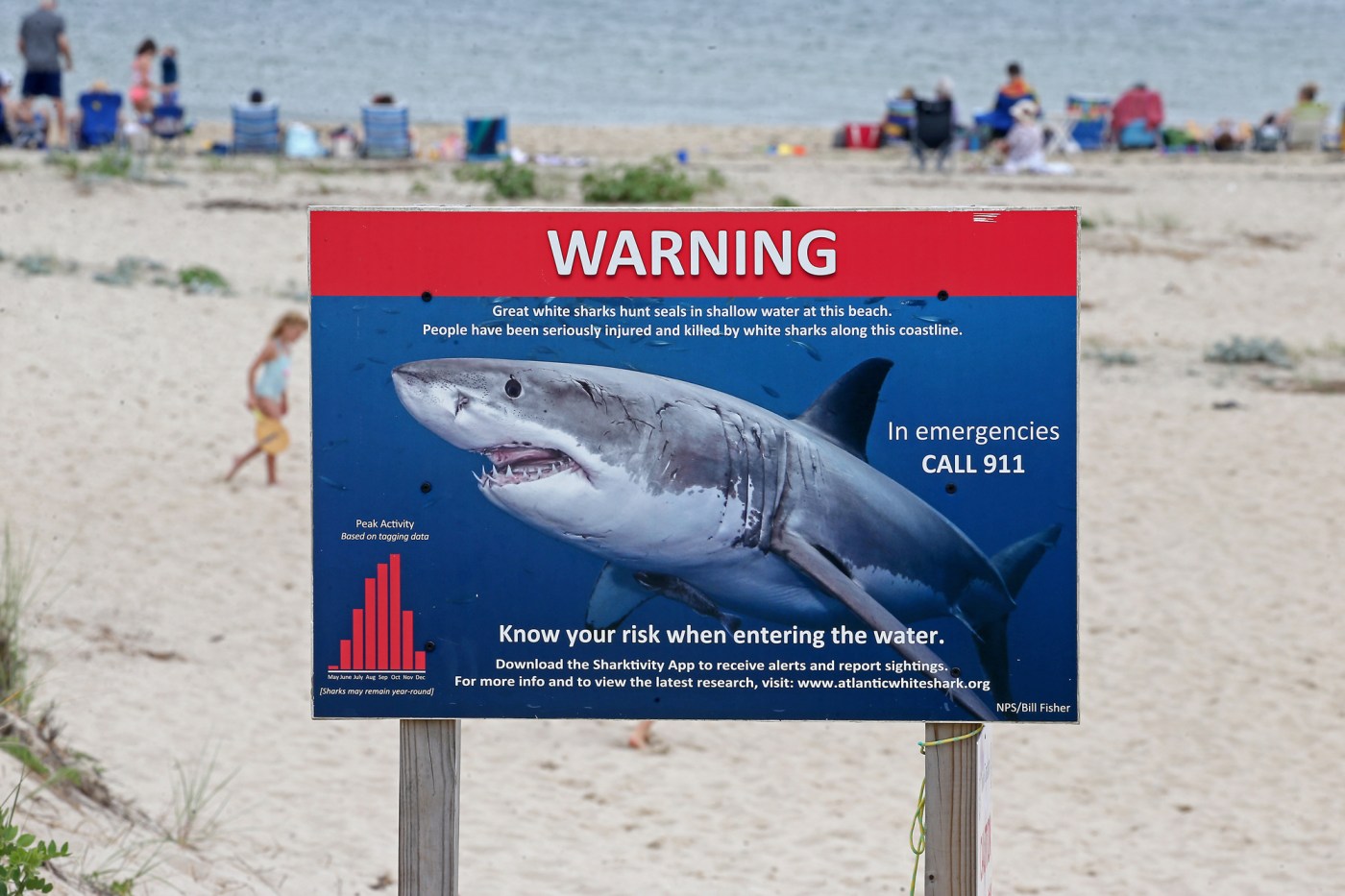 Those intimidating apex predators with sharp teeth are not a threat to humans, a shark expert stresses, but even though sharks are not a danger to us, the high-profile marine biologist says he won’t go for a swim in Cape Cod’s shark-infested waters.

David Shiffman, a marine conservation biologist who studies sharks and how to protect them, recently spoke at Harvard about shark science and conservation after he had just visited the Cape. He was asked whether he would go swimming in the ocean off Cape Cod.

Shiffman, while at the Cape, went over the tagged great white shark detection data close to shore. He was at Head of the Meadow Beach in Truro, where a scientist colleague pointed to a brown spot in the water — which is where the beach slopes down and the spot researchers track shark movements.

“‘I can tell you last week, 99% of last week, there was an adult great white shark within 50 feet of that spot,’ ” Shiffman said, relaying what his colleague told him.

“And you can’t see them at all,” Shiffman added. “So yeah, I did not go swimming.”

The marine conservation biologist at Arizona State University also gave a talk in Provincetown during his Cape visit. A surfer told him that he was getting pretty nervous about the shark situation there.

Shiffman told the surfer, “I’m not terrified of encountering sharks, but I don’t want to risk it.”

While he won’t go for a swim off the Cape, the biologist emphasized that the ecologically important animals should not have the reputation as a major threat to humans. Instead, people need to understand that sharks are in trouble because of humans.

Many shark species are in danger due to unsustainable overfishing and climate change, he said. Up to 33% of shark species are threatened with extinction, according to recent reports. It’s crucial to protect sharks because of their key role in the sea’s food chain.

“Not only are sharks not bad,” Shiffman said, “They’re actively good.”

He noted that sharks treat humans very differently than they hunt prey, like seals along the Cape.

“If you watch how a great white shark takes out a seal, and then immediately circles back and finishes it,” he said. “When sharks bite people — which is very, very rare but does happen — they don’t do that. They immediately go, ‘Oh! What was that?’ and swim away. And you’ll probably never see it again. You probably never saw it before it happened, too.”

Shiffman’s new book is called “Why Sharks Matter: A Deep Dive with the World’s Most Misunderstood Predator.”