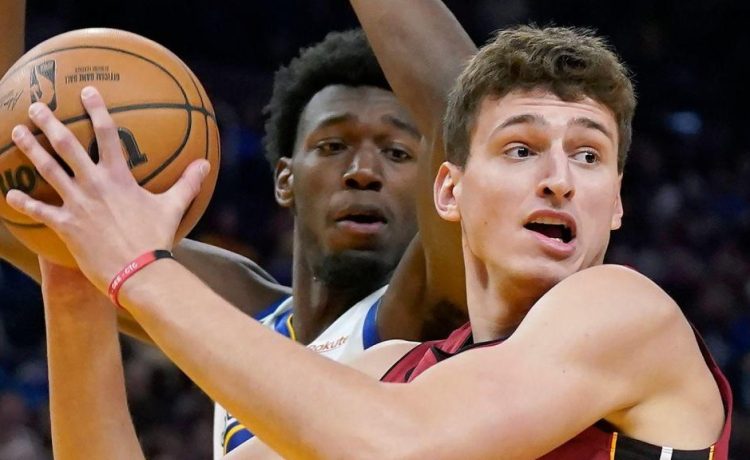 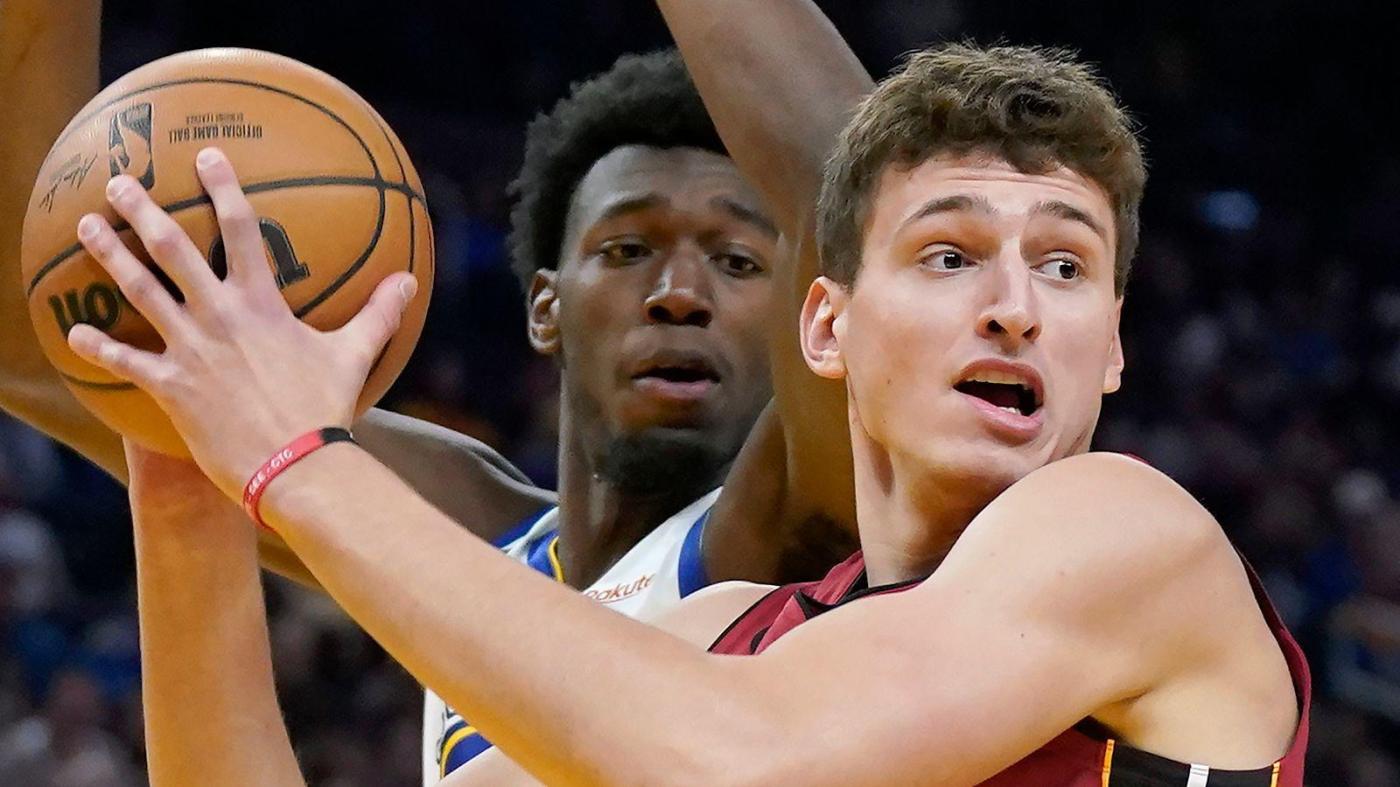 It’s about the experience, the minutes, the speed and strength of something closer to the NBA game.

That has been the message for Miami Heat rookie big man Nikola Jovic when it comes to his seasoning in the G League.

And it is an essential message when it comes to maintaining perspective, considering that in his five G League appearances so far, the 6-foot-10 first-round pick out of Serbia is shooting .255 from the field and .143 on 3-pointers.

“I’m not worried about that,” coach Erik Spoelstra said, with the Heat on Saturday facing the San Antonio Spurs in Mexico City before a two-day break and start of a four-game homestand. “He’s really been working at it, and sometimes you just need to feel comfortable to be able to knock down open shots.”

With minutes limited amid the Heat’s fight to climb up the Eastern Conference standings, the bulk of Jovic’s time in the short term well could come with the Sioux Falls Skyforce.

There, the minutes have been bountiful, with Jovic averaging 29.9 per game with Sioux Falls, as opposed to his 15.4 in his six appearances with the Heat.

“I’m pleased with the process,” Spoelstra said of Jovic’s Skyforce seasoning. “Game minutes are so important. It’s not the same as in practice, when you’re just shooting drills and knocking down 80 percent. Now there’s real, live defenders.

“The speed and quickness can sometimes change the context of shots.”

That is particularly true in the G League, which tends to more often feature smaller lineups, meaning greater closeout speed defensively against oversized shooters such as Jovic.

“Particularly in the G League,” Spoelstra said, “you’re dealing with small and quicker, much quicker players. So oftentimes there may be a two-man or three-man closing out to him, or even guarding him, which I think is good for him.

“This experience is really important.”

For the 19-year-old, just getting shots has been helpful, which is why he does not look at the South Dakota stints as demotions.

“It was a little different,” Jovic said of going from South Florida to South Dakota. “But people there, you can see that they love the team.”

He also acknowledged that by playing with professional teams in Europe since 15, he already is used to playing in smaller, emptier gyms.

“If I’m not playing here,” he said of this latest time back with the Heat, “why not play there?”

With the NBA already operating a G League team in Mexico City, players in Saturday’s Heat-Spurs game were asked about the possibility of the NBA fielding a team in Mexico.

Mexico City, Seattle and Las Vegas have been cited as potential future venues for the NBA.

“I think it’s possible,” Heat forward Jimmy Butler said. “I feel like every time we’re walking up and down the street they know my name, they know so many other people’s names. They know stats and everything. I think a team here is coming in the near future, I hope.”

But, at 33, Butler figures he’ll age out before such a moment.

“Toronto’s actually one of my favorite places to play,” he said. “It’s a different feel to get out of the country for a couple of days.”

With his favorite player out of the tournament, Butler, arguably the biggest soccer aficionado on the Heat roster, said he likely will bypass watching Sunday’s World Cup final between Argentina and France.

But he said he will be pulling for Argentina and Lionel Messi.