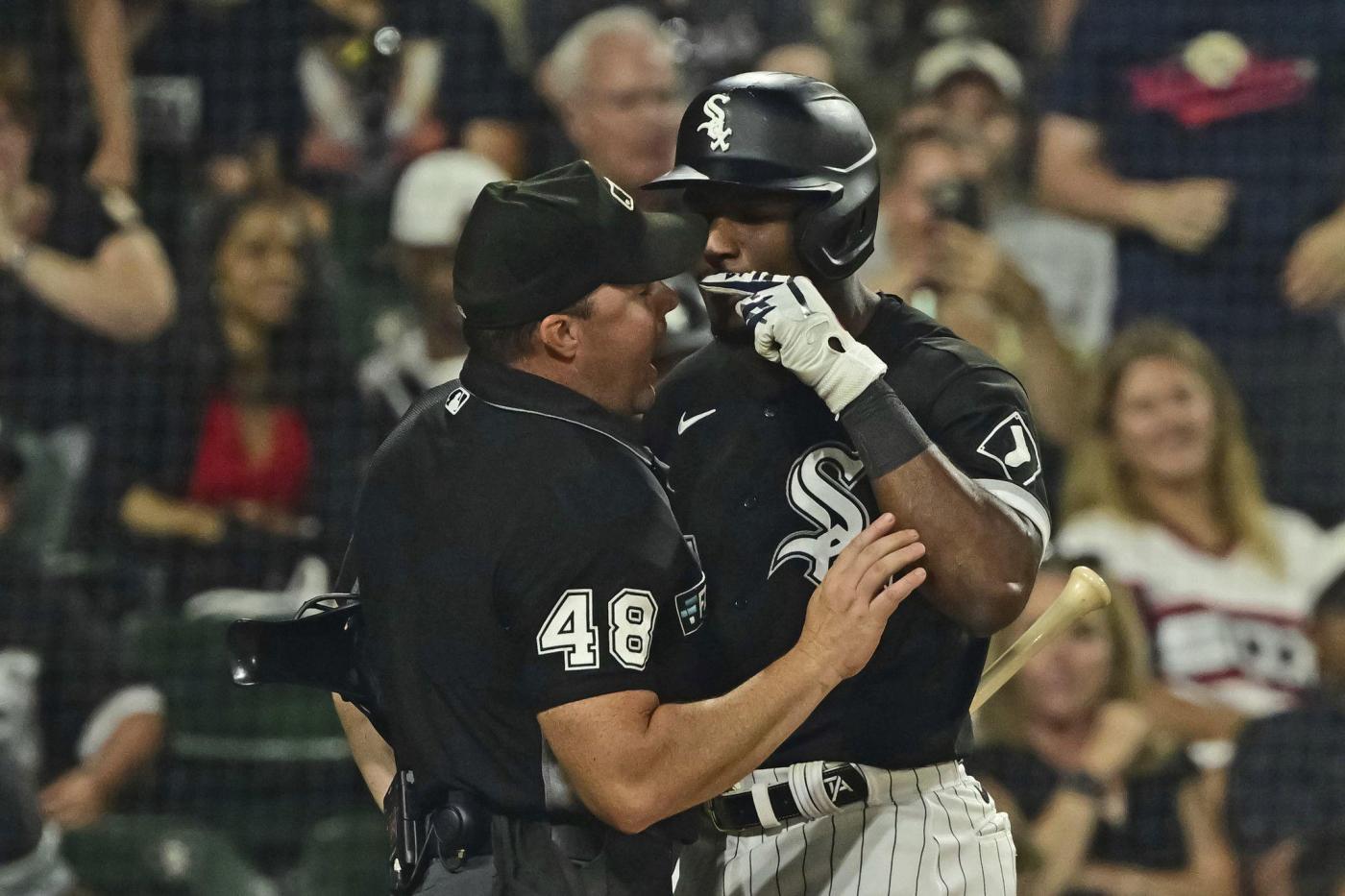 Shortstop Tim Anderson and manager Tony La Russa were not around for the end of the latest frustrating night for the Chicago White Sox.

Both were ejected in the seventh inning Friday in a 7-3 loss to the Oakland Athletics in front of 28,503 at Guaranteed Rate Field.

Plate umpire Nick Mahrley called a strike on the first pitch of Anderson’s seventh-inning at-bat. Anderson argued and was ejected. La Russa picked up the argument and also was ejected.

“I was disappointed in the umpire,” La Russa said. “I don’t think Tim cursed him or anything. If you don’t allow a player to be emotional (and) you have a bunch of robots out here playing, that’s not entertaining. That at-bat, I thought the (pitch was) questionable. He got upset.

“I think you need to allow players to spark, as long as they don’t cross a line. And that thing escalated before Tim did anything. He’s fired up. That’s the way he plays. That’s the way you’re supposed to play. I remember that umpires are human beings, too, and they can get upset. But part of their training is you’ve got to let players be emotional as long as they don’t get disrespectful or get vulgar.”

The Sox trailed 5-3 at the time and couldn’t complete the rally, stumbling against the team with the worst record in the American League. The Sox fell back under .500 at 49-50.

Sox second baseman Josh Harrison described the game as a “weird one.”

“Definitely want to come back from an off day (Thursday) and playing at home you want to win these games,” he said. “We battled, we fought through. No give-up until the last pitch. That’s all we can as for. We have to come back (Saturday) and clean up a little bit. Sometimes that happens after a day off.

“Schedule has been a little weird the past week (with off days Monday and Thursday). No excuse — we have to show up and do what we are supposed to do.”

Sox starter Lance Lynn gave up a three-run homer to Stephen Piscotty in the second and solo homers to Brown and Elvis Andrus in the sixth. Brown hit another solo home run in the eighth against reliever Davis Martin as the A’s took the opener of the three-game series

The Sox led 1-0 after José Abreu knocked in AJ Pollock with a two-out single to right in the first. They wouldn’t get another hit against A’s starter James Kaprielian until the fifth. He allowed one run on four hits with four strikeouts and a walk in six innings.

“I’m familiar with these guys and he’s a strike thrower around the plate,” Harrison said. “He did a good job of making some strikes-to-balls run off the plate a little bit. We had some hard-hit balls. I can remember (before) my first at-bat (in the second inning), Eloy (Jiménez) and Gavin (Sheets) both hit balls very hard that ended up being caught.

“That’s the name of baseball. Putting together some innings, we didn’t do enough of that.”

Meanwhile, Piscotty’s three-run homer, in an inning that started with first baseman Abreu dropping a throw from third baseman Yoán Moncada for an error, gave the A’s a 3-1 lead. The solo homers by Brown and Andrus made it 5-1. Lynn exited after the homer to Andrus.

“I’ve just got to make better pitches when I need to,” Lynn said. “And make sure I don’t give up a big hit. The two solo ones are going to happen. Too many mistake pitches in the last inning.

“But the three-run homer, you can’t give up the big one, but I did it earlier and put us in a hole.”

Harrison’s two-run homer in the seventh cut the deficit to 5-3. That’s as close as the Sox would get.

The two ejections occurred later in the inning.

Asked about the possibility of contact between Anderson and Mahrley, La Russa said: “I didn’t see that. I know I think I saw the umpire moving forward quite a bit, which they’re taught not to do that. I didn’t see any contact.

“Umpires aren’t robots either. They can get emotional and they can get upset. But they’re supposed to be the cooler head. Because if you try to take the emotion out of the game, it’s not entertaining.”