Show us the video of FBI raid on Trump’s home 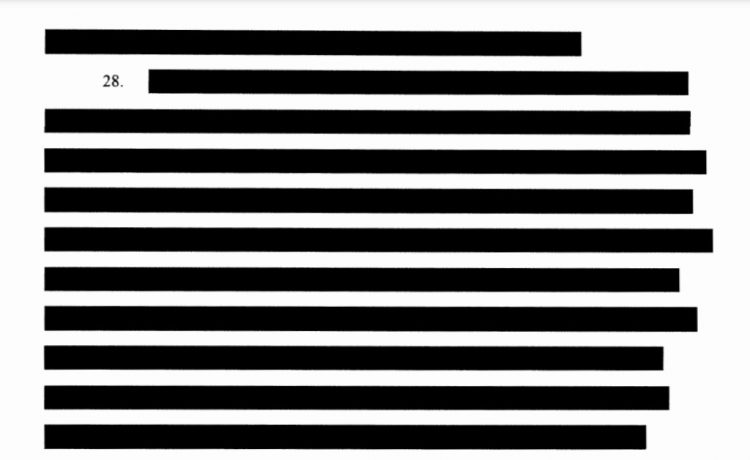 We’ve seen the blacked out affidavit — now let’s go to the videotape.

The Department of Justice was finally forced to reveal its heavily redacted affidavit justifying the FBI raid of Donald Trump’s Mar-a-Lago, and there were no bombshells because most of it was conveniently blacked out.

The name of the FBI agent who signed the affidavit was even redacted.

But there’s one key piece of evidence still missing — the security footage of a swarm of FBI agents executing their search warrant. And Trump says he has it.

The Trump team is reportedly considering releasing the raid video to bolster their case that the raid was heavy-handed government thuggery — even possibly using it in campaign-style TV ads leading up to the midterm elections.

“You still have the surveillance tape, is that correct?” Fox News host Sean Hannity asked Eric Trump in an interview. “Will you, are you allowed to share that with the country?”

One of the former president’s attorneys has said that the Trump family watched the raid unfold as it happened through the security cameras.

But there are also reports that the surveillance video is being closely held by Trump’s attorneys.

Whoever has it, the video could be a powerful confirmation that the FBI went too far in invading the privacy of the Trump family. Or it could simply show agents doing their due diligence in a professional manner.

If the video shows agents collecting boxes of classified material, that could be even more damaging to Trump.

But agents going through Melania’s closet and clothes drawers? That could provoke even more outrage among Trump supporters who feel he is being unfairly targeted by the Biden administration.

The redacting of more than half of the 38-page affidavit used to obtain the search warrant also doesn’t exactly instill confidence in American citizens who mistrust government.

It fuels the feeling among many Trump supporters that the FBI is hiding something.

Many of the blacked-out parts of the affidavit presumably contain the names of witnesses and potential snippets of grand jury testimony that might compromise the DOJ’s investigation of Trump for illegally taking classified documents out of the White House.

The parts of the affidavit that weren’t blacked out show the government “is conducting a criminal investigation concerning the improper removal and storage of classified information in unauthorized spaces, as well as the unlawful concealment or removal of government records.”

What’s not mentioned in the affidavit?

A lot. Like what happened to references to a Washington Post story speculating Trump may have stolen nuclear secrets from the White House?

Was the story bogus, as Trump has claimed?

These are the kinds of questions Trump backers are asking today.

And we still don’t have answers. Not from blacked-out words.

But a video might tell us a compelling story.