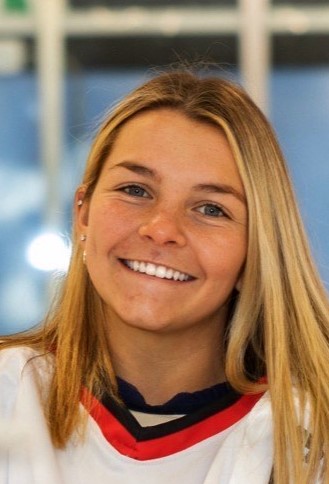 WALPOLE — As Shea Kelleher made the long march to Turco Memorial Stadium Saturday, she and her Silver Lake teammates were donning wristbands labeled with one word: Redemption.

The memories of last season’s championship loss were still vivid, and the senior had no plans for a repeat performance.

Avery DePaul refused to let that become a reality. The freshman forward sniped the game-winning goal in the 62nd minute as No. 10 Silver Lake capped a miraculous playoff run by capturing the Div. 2 girls soccer championship for the first time with a 1-0 upset of top-seeded Oliver Ames.

After faltering to Patriot League rival Whitman-Hanson in the Div. 2 final in 2021, Silver Lake (12-3-8) suffered a few critical losses to graduation, but Kelleher’s return played a key role in helping the Lakers earn a tournament berth. The team caught fire, and embarked on a Cinderella run to reach the title game for a second straight year, with wins over second-seeded Masconomet (3-1) and No. 3 Minnechaug (1-0) along the path.

“We lost some talented players, but we had a core we could work with,” said Silver Lake coach Scott Williams. “Believe it or not, we had five freshmen four years ago when we lost to Holliston, who went on to win the state title that year. So I knew that group was a special group. You fast-forward those four years to where we are now, they’ve created great leadership.”

A scoreless battle lasted well into the second half.

With 18:10 left in regulation, Cassidy Conroy slid a pass to DePaul in the box. The freshman gathered the ball, deked her way past the diving goalkeeper, then chipped a shot into the net to provide Oliver Ames a 1-0 lead. Just like her tally in the Lakers’ Final Four victory over Minnechaug, DePaul’s goal stood as the difference.

“All these thoughts ran through (my head),” DePaul recounted. “Like, maybe that could be the end of the game. It was just a great feeling. I just couldn’t get up for a second, was just overwhelmed by everything.”

The state title was the first for the school in 34 years. Silver Lake will now graduate nine seniors, including Kelleher. The Sacred Heart commit will never forget the legacy she and her squad left behind.

“Honestly, I knew from the start of the season that if we put all of our time and effort into this (year), we could do anything we wanted,” Kelleher said afterward. “We went into this game not even thinking that they were the ‘one’ seed. We thought: ‘OK, we have to win this game, and it’s going to start from the keeper, to the (defense), to the mid, to the forwards, and it’s going to come in every individual effort. Everyone’s got to put in 100 percent, and we will be successful.’ It doesn’t matter what seed someone is if we wanted it as much as we did, and we did.”