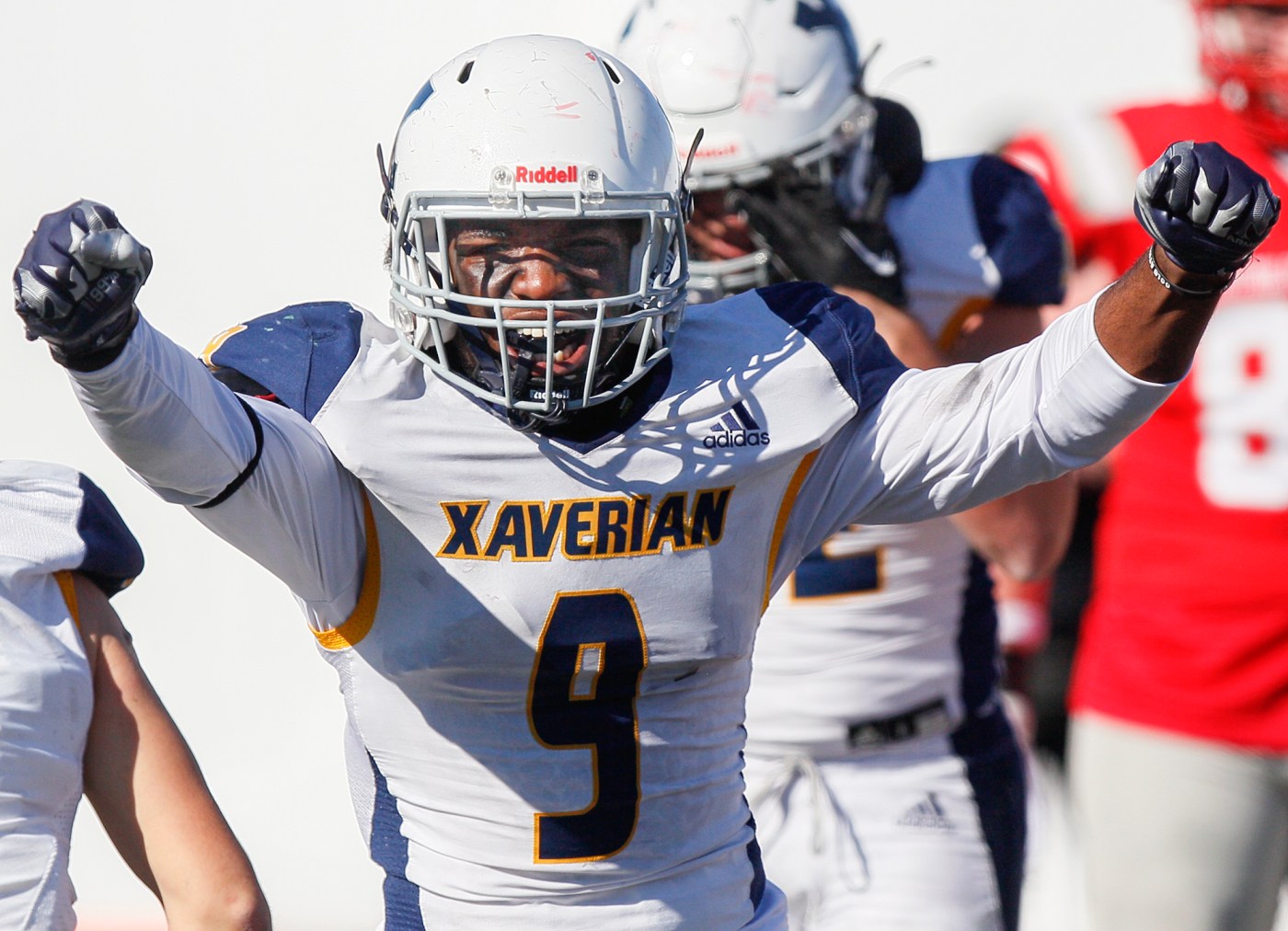 The coach in David Pereira wanted his Somerville team to remain focused on the sideline for the entire 48 minutes.

Midway through the fourth quarter of Friday’s 29-0 win over Chelsea, one which was about snap a 23-game losing streak, Pereira saw his players celebrating as if they won a Super Bowl. He admitted it was tough trying to balance the two.

“Oh man, I was just trying to keep control,” said Pereira, who took over for Makonnen Fenton this year. “I wanted them to act like they’ve been there before, but for most of the kids, they hadn’t won a game before so I understand the emotions.

“I was so happy that this happened on Senior Night. All the work and sacrifice those kids put in finally paid off.”

A Somerville native, Pereira attended Matignon and played college football at Framingham State. By that point in time, Pereira already caught the coaching bug. He served as an assistant under Bob Almeida at Stoneham and Yann Kumin at Belmont before accepting the Somerville job in February. Although he wasn’t part of the program, Pereira knew he was going to roll up his sleeves and get to work right away.

“I knew this was going to be a project,” said Pereira, 32. “The first thing I wanted to do was turn us into a functional program and that was going to take time. I knew that if we did the little things, the results would eventually come.”

Easier said than done for a program which hadn’t won a game since Oct. 25, 2019, when the Highlanders defeated Medford, 21-16. It didn’t look any better from the outside when Somerville opened the season with seven straight losses, all by 27 points or more.

“The losing part was tough, but I really could see us making some progress,” Pereira said. “It’s one of those things when you’re not as good as you think you are when you win and not as bad as people think when you are losing. I could see the resiliency building and the passion never left them. The team bonding we did in the summer really helped us get through this.”

The Somerville team that trotted onto Dilboy Field Friday was one ready to finally taste the fruits of victory. The Highlanders took a 15-0 lead into the half and gradually pulled away from the Red Devils. It was time for Pereira to give his first postgame victory speech, one his players waited three years to hear.

“I told them everything they went through in the summer, the early morning lifting, the team bonding, the sacrificing, was for moments like this,” Pereira said. “They completed something and I was so happy for them.”

1. Catholic Memorial (7-0): Knights were pushed to the limit before rallying in the final minutes to subdue Xaverian to extend the win streak to 24.

2. Xaverian (6-2): Hawks certainly showed that they will be a player in the Div. 1 tournament.

3. Andover (8-0): Slow start but an electric finish for the undefeated Golden Warriors.

5. St. John’s Prep (6-2): Joenel Aguero being worth the price of admission might qualify as the understatement of the year.

7. Mansfield (7-1): Defense proves to be too much once again as the Hornets post their fourth shutout.

8. Duxbury (7-0): Dragons enter the Div. 4 state tournament as one of the top contenders for the crown.

10. Milford (7-1): Talk about making a statement entering the postseason.

11. Peabody (8-0): Tanners clearly had no competition in the Northeastern Conference.

12. Milton (8-0): Mustangs turn in a solid workmanlike effort against Natick.

13. Billerica (8-0): Indians close out the regular season with a win over Haverhill.

15. North Attleboro (5-2): Red Rocketeers have some nice wins on their resume.