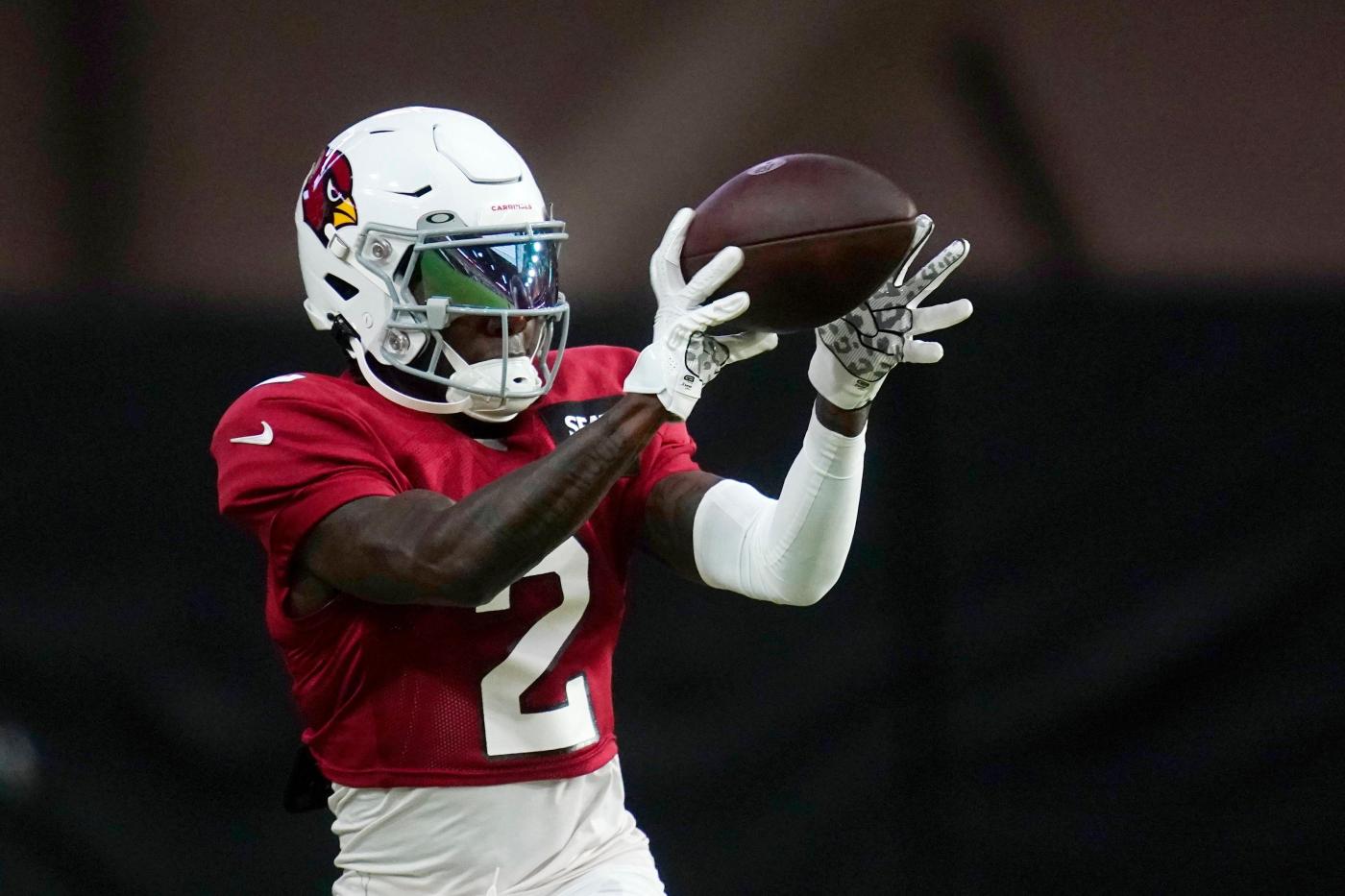 When the Ravens face the Cardinals on Sunday night, wide receiver Marquise “Hollywood” Brown won’t be playing. But he will be a talking point.

The Ravens traded Brown, Eric DeCosta’s first-ever draft pick as general manager, to Arizona for a first-round pick on the opening night of April’s draft. Sunday’s nationally televised game will be Brown’s first look at his old team. And while he’s happy for the change of scenery after quietly requesting to leave Baltimore at the end of last season, he doesn’t think his old team will miss him.

“It’s about happiness,” Brown told the Cardinals’ team website Wednesday. “I want to feel like I am a part of something to win. At the Ravens, I just felt like sometimes they really didn’t need me. Regardless if I was there or not, they were going to win games.

“I love the game too much. I want to be involved.”

Brown, who led all Ravens wide receivers last year with 91 catches for 1,008 yards, has been vocal about his dissatisfaction with coordinator Greg Roman’s offense since the trade. In late April, Brown said on the “I Am Athlete” podcast that “the system wasn’t for me, personally.” The 2018 first-round pick was targeted 146 times in 16 games last season, the third most in Ravens history and 10th among NFL players in 2021.

Brown hasn’t had a smooth start to his Cardinals tenure. He missed the start of training camp with a hamstring injury and was arrested for criminal speeding earlier this month. In Baltimore, though, Brown’s sudden departure hasn’t weighed much on the minds of his former teammates. Ravens wide receiver Rashod Bateman said Wednesday that Brown “will always be my brother” and that he’s excited to see what he can do in Arizona.

Otherwise, it’s business as usual for the Ravens’ pass catchers.

“It hasn’t affected us that much,” said Bateman, a first-round pick in 2021 who’s succeeded Brown as the Ravens’ top wide receiver. “Obviously, losing him was definitely a big loss for us, but I feel like the room has stepped up. We’re close, we’re working hard and we’re pushing everyone to be great. I feel like that’s all you can ask for from a group, so we’ve definitely been doing that.”