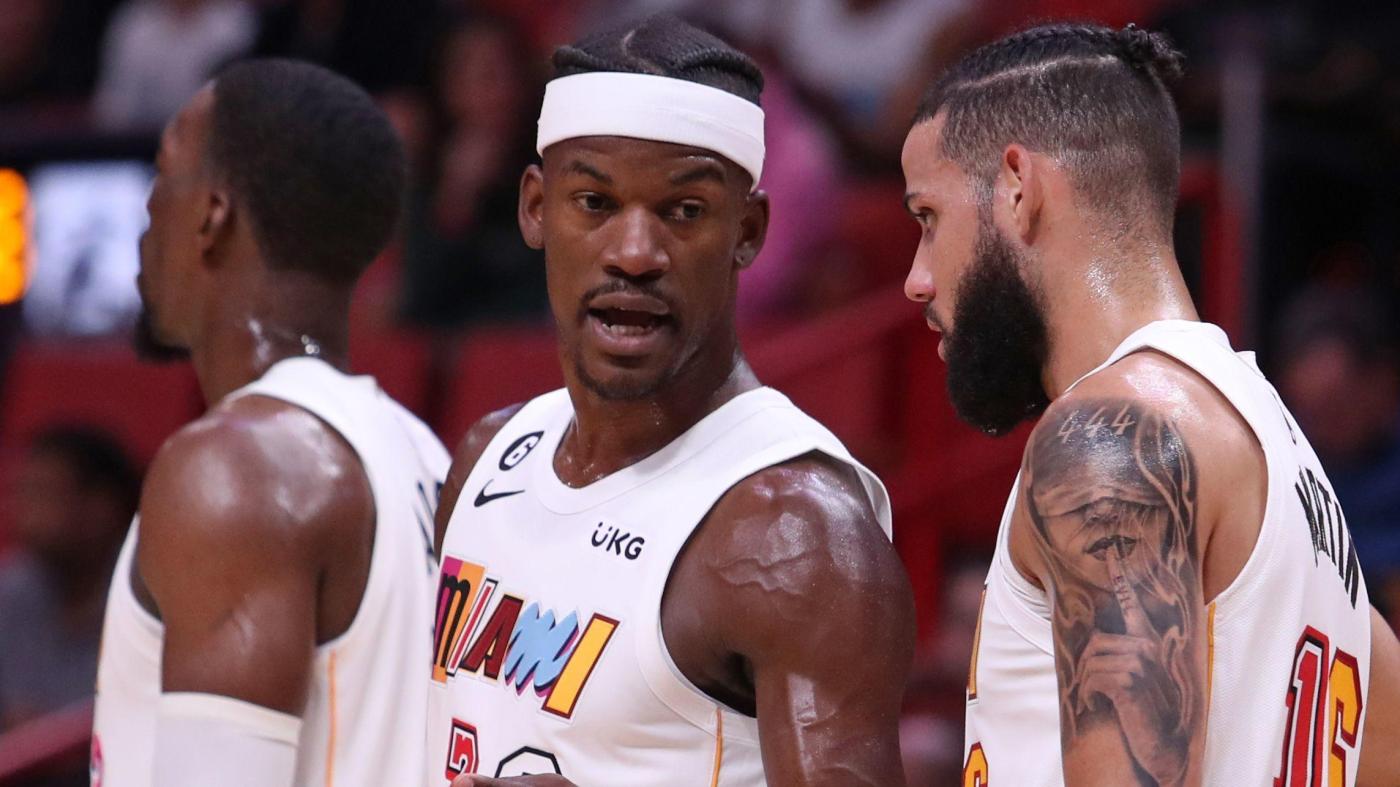 The fact that the Miami Heat required playoff Jimmy Butler less than a month into the regular season could be viewed as concerning.

It is to Butler.

So, yes, the Heat snapped their two-game losing streak with Thursday night’s 117-112 overtime victory over the shorthanded Charlotte Hornets at FTX Arena. But it also required Butler to muster 35 points, 10 rebounds and eight assists.

“I think I’m a pretty good scorer and I can put the ball in the basket from anywhere,” Butler said, with the Heat turning their attention to Saturday’s rematch with the visiting Hornets, “but I like to get my guys involved. So I’m going to continually do that.

“I hope I don’t have to score 35 ever again this season in order for us to win. But sometimes that is what’s needed.”

With Tyler Herro missing a second consecutive game with an ankle sprain, it was needed.

But even Butler recognized that work remains for a team at 5-7 and 21st in the league in offensive rating.

“We’re a very good team when we want to be on both sides of the ball,” he said. “And I think sometimes we think we’re too good, and that’s when leads slip away.”

As they have been, blowing 15-point leads in their last two, including Monday night’s home loss to the Portland Trail Blazers that was decided on Jason Hart’s 3-pointer at the buzzer.

Thursday night’s escape required Butler to score 26 of his 35 points in the second half and overtime, just his sixth regular-season game with 35 or more with the Heat. It also required a season-high of 42:19 of action, not quite where you want to put a 33-year-old leading man in November.

And while five of Butler’s eight assists led to 3-pointers, there also was, in Butler’s view, too much reliance on his one-on-one skills for bailout baskets.

Instead, Butler said there has to be an awakening of the team’s dormant 3-point game, a missing element that has the Heat 20th in the NBA in 3-point percentage, with Duncan Robinson, Max Strus, Kyle Lowry, Caleb Martin, Gabe Vincent and others yet to find their 3-point range. The Heat closed Thursday’s game 10 of 36 from beyond the arc, 1 of 7 in the 17 minutes of the fourth quarter and overtime.

“I really enjoy, seriously, making sure that Duncan gets his threes and Max and Tyler, Kyle, Caleb, Gabe,” Butler said of avoiding becoming too one-on-one centric. “Because I know whenever they’re making shots, my job is going to be super easy. I get layups. I get wide-open jump shots. I don’t like to play it. I can, and I enjoy it like whenever we’re in practice. But that’s not winning basketball.”

And, yet, when needed, there still is playoff Butler who remains on call, to put out fires such as Thursday’s.

“Jimmy just makes brilliant decisions going down the stretch,” coach Erik Spoelstra said. “It’s not all about just about him trying to score. He makes the right play. He really does. He reads the defense.

“He understands what the coverage is going to be, and he’ll know how to manipulate it and force a second defender. Or if they don’t, he’s just so good at shot-making going down the stretch.”

So playoff Jimmy Butler it was on what should have been a far less stressful November evening against an opponent now on a seven-game losing streak that is playing in the injury absences of LaMelo Ball, Gordon Hayward and Cody Martin.

“Jimmy was obviously sensational,” Spoelstra said, “particularly when we went down in the fourth quarter.”