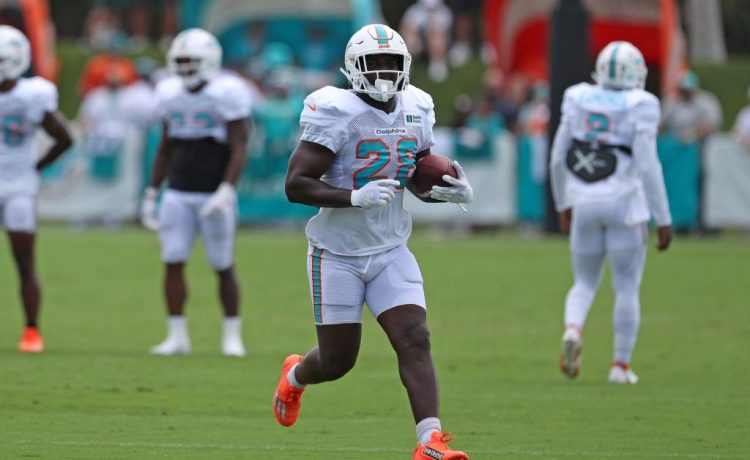 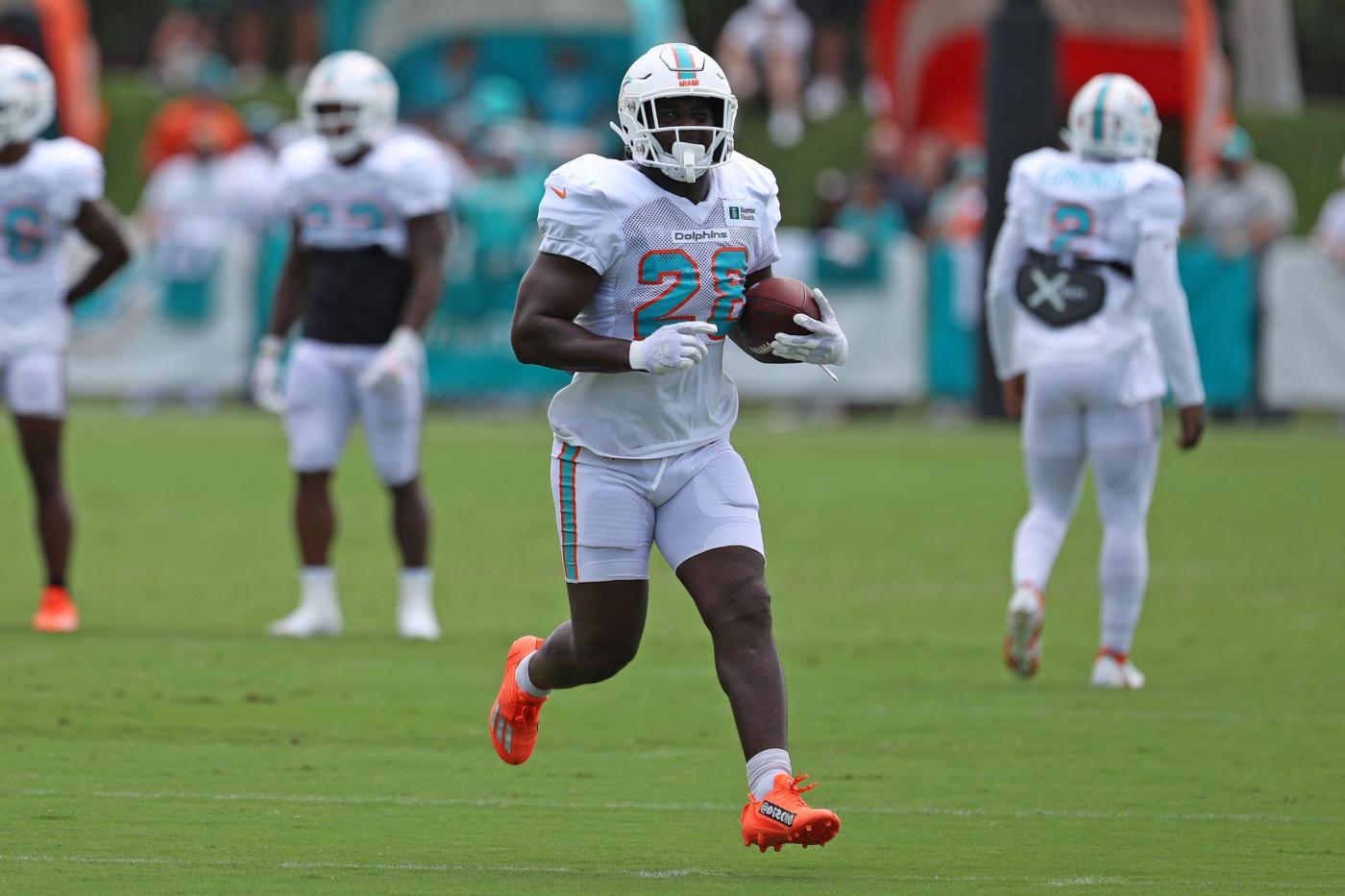 The Miami Dolphins announced 13 roster moves on Monday ahead of the NFL’s Tuesday 4 p.m. deadline to get down to a 53-man active roster. A pair of established veterans were among those that did not make the team.

Michel, a South Florida native out of American Heritage High, could not break through a crowded backfield that already had Chase Edmonds and Raheem Mostert signed as free-agent tailbacks earlier in the offseason and still had Myles Gaskin and Salvon Ahmed — along with a spot for a fullback in Alec Ingold. A two-time Super Bowl champion with 35 starts among his 55 games played, the former first-round pick of the Patriots out of Georgia has totaled 3,137 career rushing yards. He struggled to effectively produce throughout training camp and in the preseason but scored a 1-yard touchdown in Saturday’s preseason win against the Philadelphia Eagles.

Sanu, 33, who signed with Miami as the team started training camp on July 26, has 435 receptions for 4,871 yards and 27 touchdowns in his 10-year NFL career. Over the past two seasons, he spent time with Dolphins coach Mike McDaniel and wide receivers coach Wes Welker at their previous stop with the San Francisco 49ers.

Munson has seen regular-season action with Miami each of the past three seasons, mostly on special teams, but he was competing in a crowded linebacker corps.

Doaks was a seventh-round pick of the Dolphins in 2021 and spent his rookie season on the practice squad. He ran for 67 yards on 11 second-half carries in Saturday’s preseason game against the Eagles. White, who went for 26 yards on four carries and scored a receiving touchdown the week prior against the Raiders, was an undrafted rookie in camp.

Hodge, undrafted in 2021, was awarded to Miami off waivers from the Cincinnati Bengals last season, although he never played a regular-season game that year. He stood out at times in training camp and the preseason, including an instance where he had a strip-sack, forcing a fumble that was recovered by Sam Eguavoen and returned for a touchdown in the Aug. 13 exhibition at the Tampa Bay Buccaneers.

Like Michel, Wilson and Carney are local products. Wilson, a 2017 second-round pick of the Indianapolis Colts, played in high school at University School and is a Florida alum. Carney, an undrafted rookie out of Illinois, split time in high school between Miramar and Miami Central.

Pankey has spent parts of the past three seasons with the Dolphins, entirely on the practice squad last season. Scott, who joined the team Aug. 15 in camp, has six games of NFL experience with the 2018 Bengals. Ross was signed by Miami in January after spending time on New England’s active roster in 2021. Andries and Hamilton were undrafted rookies out of Minnesota and Louisiana Tech, respectively.

Miami has another series of cuts to make on Tuesday to get down to a 53-man roster. Players cut but not picked up by other teams for their active rosters can be kept on the Dolphins’ 16-player practice squad.