Todays Though > News > Sorry Charlie, Orange Line disaster nothing to write about
News

Sorry Charlie, Orange Line disaster nothing to write about 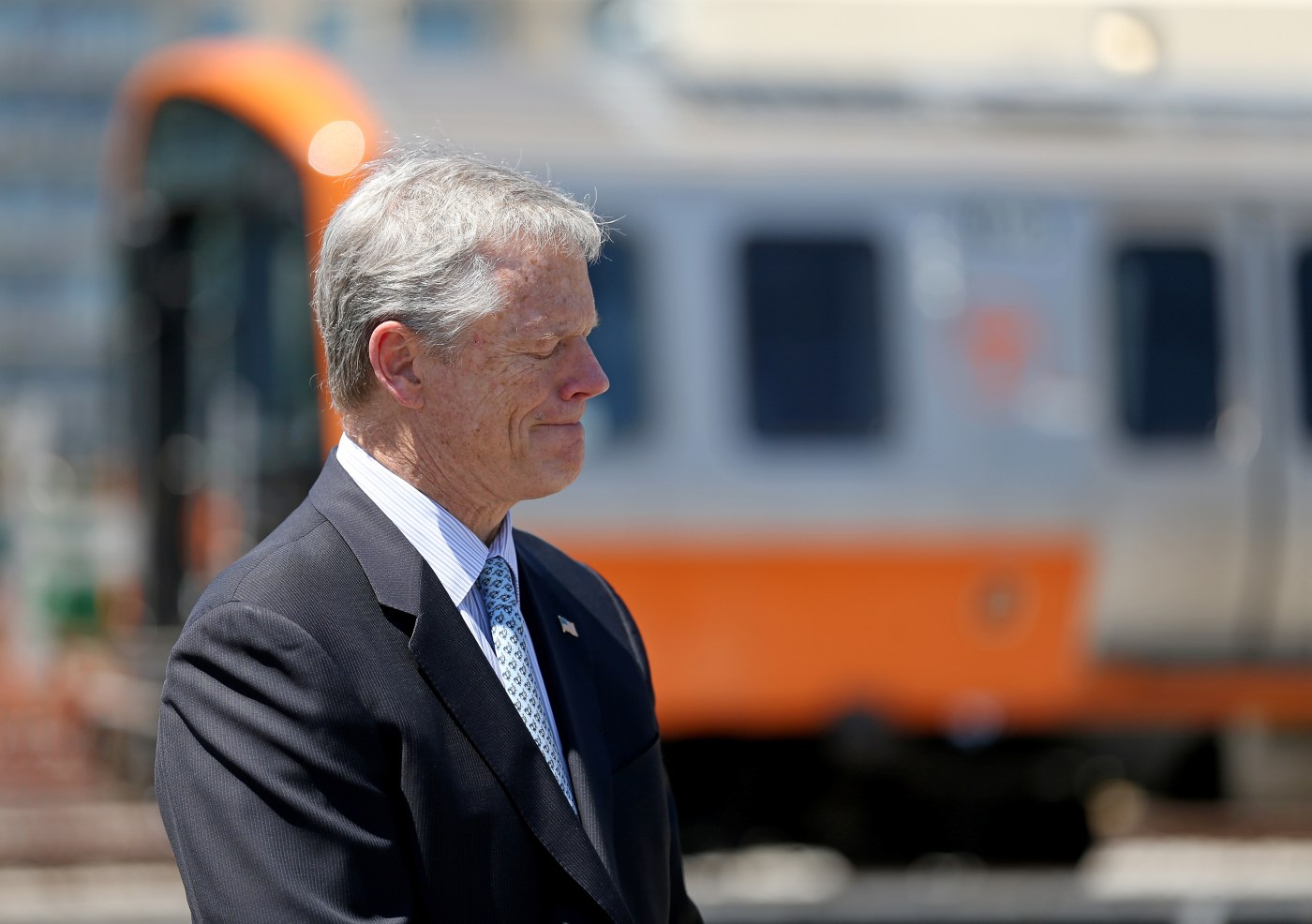 I know, the RINO governor spent Thursday virtue-signaling with Willie Brown’s ex-, Kamala Harris, before she headed off to, where else, Martha’s Vineyard.

As appalling as that event was, let’s go back a day, to Wednesday, when he shut down the Orange Line for a month, probably under threat from the feds, given the hazardously breathtaking incompetence of the MBTA.

With so many disastrous failures on Baker’s miserable eight-year watch, it’s hard to select just one day as his worst ever. But shutting down the Orange Line – less than two weeks after the unforgettable sight of a T passenger diving into the Mystic River to escape a fire on the train – has to be in his own personal bottom five.

So the governor Dementia Joe Biden calls “Charlie Parker” had to go up to Wellington station in Medford and announce the shutdown, which is a disaster for the entire region. Most people would have hung their heads in shame after such a catastrophe and gone into hiding.

But not Charlie on the MTA.

A couple of hours later, his minions had the gall to send out a plea to his mailing list, begging the fat cats to buy his wretched book entitled, believe it or not, “Results: Getting Beyond Politics to Get Important Work Done.”

As one guy who forwarded me the email said, “Are you bleeping kidding me?” Which is just a less polite way of saying, “Have you no sense of decency, sir?”

How dare Parker write such a tome, period? But to try to flog sales on the very day that he admits the most monumental failure of his regime since… the last one.

Parker wrote this with one of his erstwhile payroll patriots named Steve Kadish.

“This work comes from our fierce belief in a government,” Parker penned, “that works a bedrock of our democracy.”

Bedrock? Fred Flintstone would have done a better job than this bindlestiff. Ditto, Barney Rubble.

“Second, we wanted to describe our framework for successful results and provide real-world examples demonstrating how we did it.”

If this alleged book is about his “successful results,” surely it can’t run more than two or three pages. But no – it’s 288 pages long!

“We wanted to describe our framework for successful results and provide real-world examples demonstrating how we did it.”

So does it include a chapter on the Holyoke Soldiers Home? Troop E of the Massachusetts State Police? Does he take a bow for the fact that the alien career criminal whose driver’s license was never pulled only killed seven American motorcyclists because of the total failure of the Registry of Motor Vehicles to stop this sinister foreign thug from driving stoned out of his mind?

Is there a chapter detailing how somehow, some way, after his son got pulled off a Jet Blue flight amid allegations that he had groped a female passenger, the case was first dumped by the Suffolk district attorney and then broomed by the U.S. attorney?

Now those were some real… results right there. Young A.J. Baker certainly knows his dad can get results.

“We believe that government can and should work, and we want to help others who share that belief.”

Speaking of making government work, what about Francisco Urena, former secretary of Veterans Services – the fall guy on the aforementioned Holyoke Soldiers Home horror in which more than 75 elderly veterans died because of rampant hackerama including a superintendent who gave $950 to Parker and $1,000 to his lieutenant governor, Karyn “Pay to Play” Polito?

Urena had been making $131,716, but they needed a patsy, so Urena was fired, until the heat died down. A month before Parker settled the wrongful-death lawsuits for $56 million – more results! – Urena was the beneficiary of a nationwide search.

A Parker hackerama known as Mass Development picked Urena off the hack waiver wire and handed him a $100,000-a-year sinecure as “Deputy Director of Military Initiatives.”

Why do I have a feeling that even if there is an index in Results, it doesn’t include the name Urena, Francisco.

Nor does it include a listing for one Vickers, Kelvin, age 21, of Boston. As Charlie was peddling his new book, a prosecutor in Rochester NY was announcing that Vickers, who is charged with murdering a local NY cop in cold blood on July 21, had been released from a state prison in Massachusetts, where he had a rap sheet dating back to the age of 12.

“He was not a Rochester resident,” the district attorney of Monroe County said. “He was just released from prison.”

A Charlie Parker prison. The results just keep on coming.

“The book is available for purchase wherever books are sold,” the lame-duck governor said, adding that the proceeds will go to “a charitable organization rebooted by my wife Lauren.”

You don’t say. That’s just so fabulous, Governor. But wouldn’t it be more appropriate if any money were to go to a different charitable fund – say, the Orange Line Riders Relief Fund, or the Home for Little Commuter Rail Wanderers.

I’d always thought that when Parker takes the long walk down the State House steps next January, he’d be pelted mainly with masks. Now, I think at least a few straphangers will be throwing a Charlie Card or two at him.

Whatever it takes to let Charlie know what we all think about his… results.