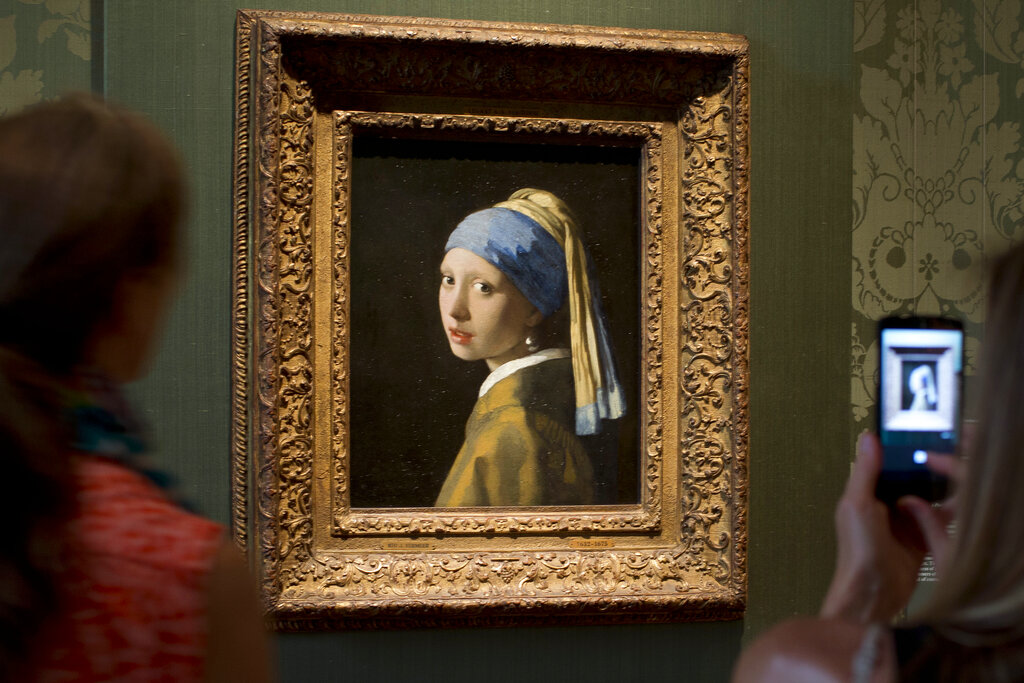 THE HAGUE, Netherlands — Two Belgian activists who targeted Johannes Vermeer’s “Girl with a Pearl Earring” painting in a climate protest last week were sentenced Wednesday to two months in prison, with prosecutors saying their action “crossed a line” of acceptable protest.

Half of the sentence was suspended by a judge in The Hague, meaning the men will serve one month. A third suspect is due in court Friday. Their identities were not released, in line with Dutch privacy rules.

One man glued his head to glass protecting the 17th-century masterpiece at the Mauritshuis museum in The Hague while another poured a can of thickened tomato soup over his head. The second man, wearing a T-shirt emblazoned with the words “Just Stop Oil,” then glued his hand to the wall next to the painting. A third man filmed the protest.

The painting was not damaged, but the glass covering it had to be replaced and the protest caused other minor damage, prosecutors said. The painting was returned to its wall a day later.
In a statement, prosecutors in The Hague said that the activists’ “goal, however important you consider it, does not justify the means.”

The prosecutors had demanded four-month sentences, saying they wanted to send a message that “paintings hang in museums to be enjoyed, not exploited for activist ends. You keep your hands off them.”

Earlier this month, climate protesters threw mashed potatoes at a Claude Monet painting in a German museum and a similar protest happened in London, where protesters threw soup over Vincent van Gogh’s “Sunflowers” in the National Gallery. In both those cases, the paintings were not damaged.