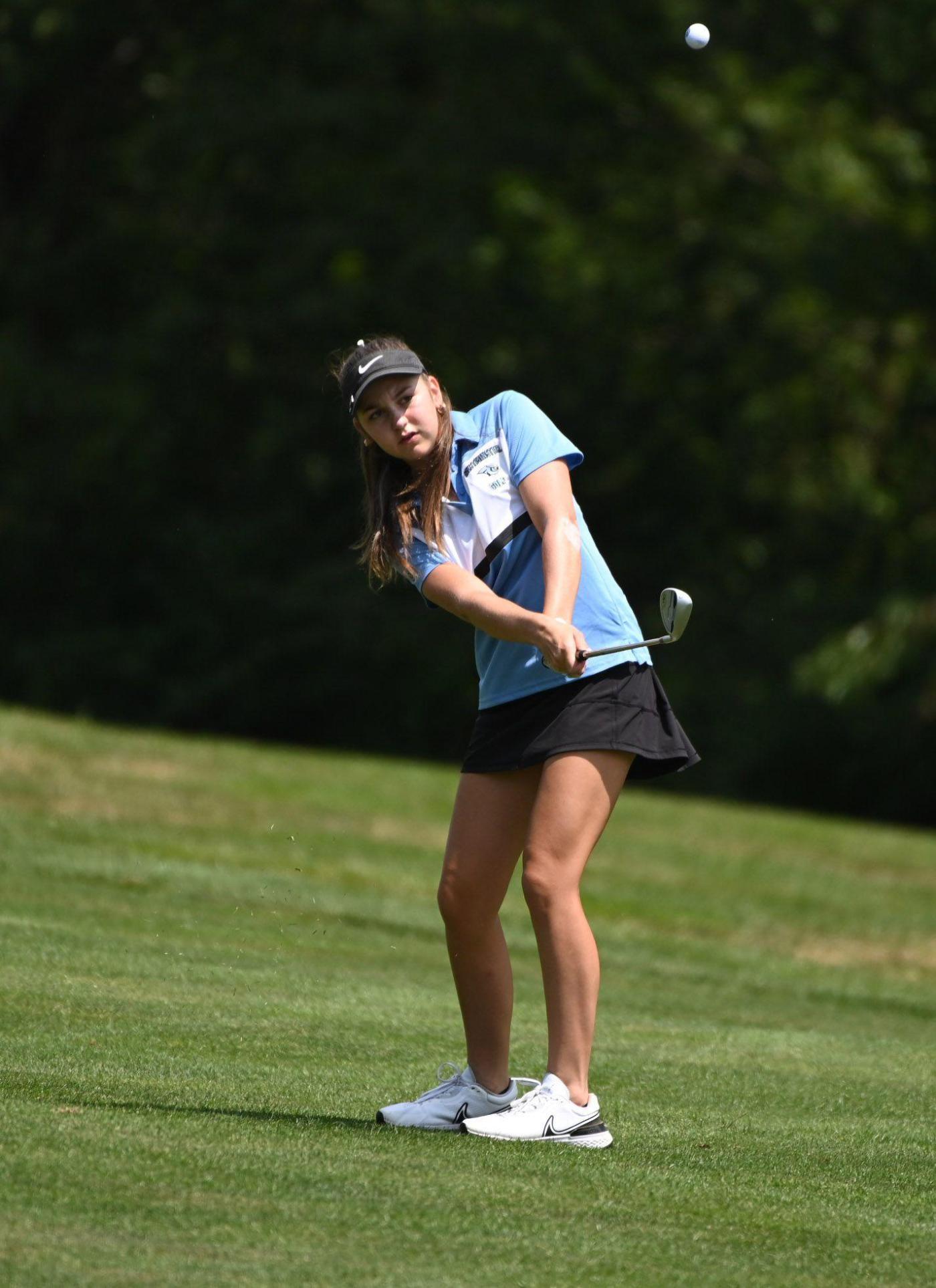 “The conditions were so tough, I feel like what really helped me today, I played wind into factor a bunch,” Carl said. “Just really knew how far the ball was going and what club to take.

“When I’m on the range I’ll always practice different types of shots, because you never know when you’ll have to hit the ball a little lower to take it under the wind.”

Carl played in a No. 1 foursome with Manchester Valley’s Parker Bopst, Century’s Ryan Durborow and Liberty’s Spencer Trump. Carl said the challenge of playing alongside a collection of the county’s top golfers was motivation.

“I mostly focus on myself, but I love feeding off the competitiveness of when someone hits a great shot, trying to match it,” Carl said. “The first hole, I hit a great shot in and Parker put one to about a foot and had a kick-in birdie. Then Ryan started heating up on the back nine, it was so cool.”

Trump and Durborow each posted 80s, but Trump was awarded third place after a playoff.

“I was just proud of them, they’ve been as consistent as they’ve been all season, which is one of the things that helps us be successful,” South Carroll coach Matthew Joseph said. “It was close, we knew it was going to be close. There’s definitely some great teams in the country, we knew the scores would be close. Our kids all played well, everyone did their jobs.”

Backing Carl were Michael Valerio (82), Josh Vendemia (84) and Jack Laur (88). Carl, Valerio and Vendemia are all sophomores; Laur is a freshman.

“I feel you have so much more confidence when you have great teammates behind your back and you know that they can back you up even if you don’t have a great day,” Carl said. “It’s just such a good team. We all play together, we all live near each other, so I feel it’s almost like a family.”

Jamison Gouge led Manchester Valley with an 82. Jacob Gouge and Adam Slivosky each shot 83 and Bopst had an 86.

Carl and the Cavaliers are among a strong contingent of county golfers going to the state tournament starting Monday. The newly-minted county champion feels good about his team’s chances.

“I think its a great boost of motivation,” he said. “Our top four golfers that played today are the ones that go on to states. I feel like even though some of us didn’t have a great day, we still put up a really good score.”