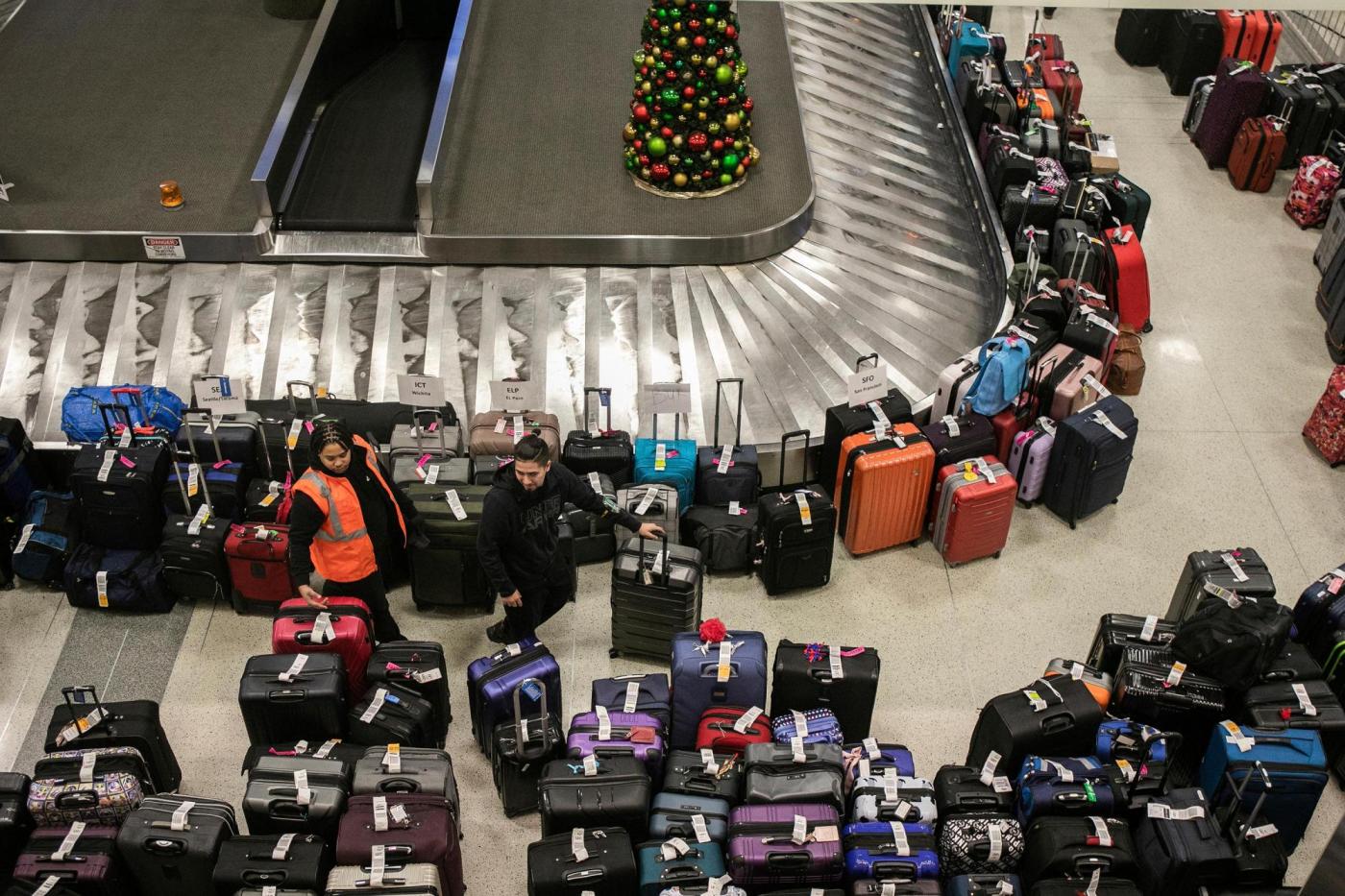 DALLAS (AP) — Southwest Airlines scrubbed thousands of flights again Tuesday in the aftermath of the massive winter storm that wrecked Christmas travel plans across the U.S., and the federal government said it would investigate why the company lagged so far behind other carriers.

A day after most U.S. airlines had recovered from the storm, Southwest called off about 2,600 more flights on the East Coast by late afternoon. Those flights accounted for more than 80% of the 3,000 trips that got canceled nationwide Tuesday, according to tracking service FlightAware.

And the chaos seemed certain to continue. The airline also scrubbed 2,500 flights for Wednesday and nearly 1,400 for Thursday as it tried to restore order to its mangled schedule.

At airports with major Southwest operations, customers stood in long lines hoping to find a seat on another flight. They described waiting hours on hold for help, only to be cut off. Some tried to rent cars to get to their destinations sooner. Others found spots to sleep on the floor. Luggage piled up in huge heaps.

Conrad Stoll, a 66-year-old retired construction worker in Missouri, planned to fly from Kansas City to Los Angeles for his father’s 90th birthday party until his Southwest flight was canceled early Tuesday. He said he won’t get to see his 88-year-old mother either.

“I went there in 2019, and she looked at me and said, ‘I’m not going to see you again.’” Stoll said. “My sister has been taking care of them, and she’s just like, ‘They’re really losing it really quick.’”

Stoll hopes to get another chance to see his parents in the spring, when the weather is warmer.

The Dallas-based airline had little new to say about its woes. The company did not offer any updates Tuesday afternoon. Its website gave customers the chance to change or cancel flights while warning that the phone system was “very busy due to high demand.”

The problems began over the weekend and snowballed Monday, when Southwest called off more than 70% of its flights.

Casey Murray, president of the Southwest Airlines Pilots Association, said the airline failed to fix problems that caused a similar meltdown in October 2021.

“There is a lot of frustration because this is so preventable,” Murray said. “The airline cannot connect crews to airplanes. The airline didn’t even know where pilots were at.”

Murray said managers resorted this week to asking pilots at some airports to report to a central location, where they wrote down the names of pilots who were present and forwarded the lists to headquarters.

Lyn Montgomery, president of the Transport Workers Union representing Southwest flight attendants, was scheduled to talk Tuesday with Transportation Secretary Pete Buttigieg, who has criticized airlines for previous disruptions and is now taking an interest in Southwest’s woes.

“I’m taking it to the highest level — that is how done we are,” said the frustrated Montgomery. “This is a very catastrophic event.”

Buttigieg’s office confirmed that he planned to speak with Montgomery, but declined to comment further on the mess at Southwest.

Late Monday, the Transportation Department tweeted that it would examine “Southwest’s unacceptable rate of cancellations” and whether the airline was meeting its legal obligations to stranded customers.

In Congress, the Senate Commerce Committee also promised an investigation. Two Senate Democrats called on Southwest to provide “significant” compensation for stranded travelers, saying that the airline has the money because it plans to pay $428 million in dividends next month.

Southwest spokesman Jay McVay said the cancellations grew as storm systems moved across the country, leaving flight crews and planes out of place.

“So we’ve been chasing our tails, trying to catch up and get back to normal safely, which is our number one priority, as quickly as we could,” he told a news conference late Monday in Houston.

Bryce Burger and his family were supposed to be on a cruise to Mexico departing from San Diego on Dec. 24, but their flight from Denver was canceled without warning. The flight was rebooked through Burbank, California, but that flight was canceled while they sat at the gate.

“It’s horrible,” Burger said Tuesday by phone from Salt Lake City, where the family decided to drive after giving up the cruise.

The family’s luggage is still at the Denver airport, and Burger doesn’t know if he can get a refund for the cruise because the flight to California was booked separately.

The size and severity of the storm created havoc for many airlines, although the largest number of canceled flights Tuesday were at airports where Southwest is a major carrier, including Denver, Chicago Midway, Las Vegas, Baltimore and Dallas.

Spirit Airlines and Alaska Airlines both canceled about 10% of their flights, with much smaller cancellation percentages at American, Delta, United and JetBlue.

Kristie Smiley planned to return home to Los Angeles until Southwest canceled her Tuesday flight, so she waited at the Kansas City airport for her mother to pick her up. Southwest can’t put her on another plane until Sunday, New Year’s Day.

Smiley still doesn’t know what to think of Southwest.

“They like acted like (Tuesday’s flight) was going to go until they started saying, ‘Oh, five more minutes. Oh, 10 more minutes.’ I’m not sure what’s up with them. It seems a little off.”

Danielle Zanin vowed never to fly Southwest again after it took four days, several canceled flights and sleeping in the airport before she, her husband and their two young children got home to Illinois from Albuquerque, New Mexico. They made stops at airports in Denver and Phoenix and reached Chicago only after ditching Southwest and paying $1,400 for four one-way tickets on American Airlines.

“I remember saying, ‘Oh my God, we’re getting on a plane!’ I was honestly shocked because I thought we were stuck in airports forever,” she said.

Zanin plans to ask Southwest to be reimbursed for part of their original tickets plus the new ones on American, and extra spending on rental cars, parking, an Uber ride and food — about $2,000 in all.

“I don’t have good faith that they will do much of anything,” she said.