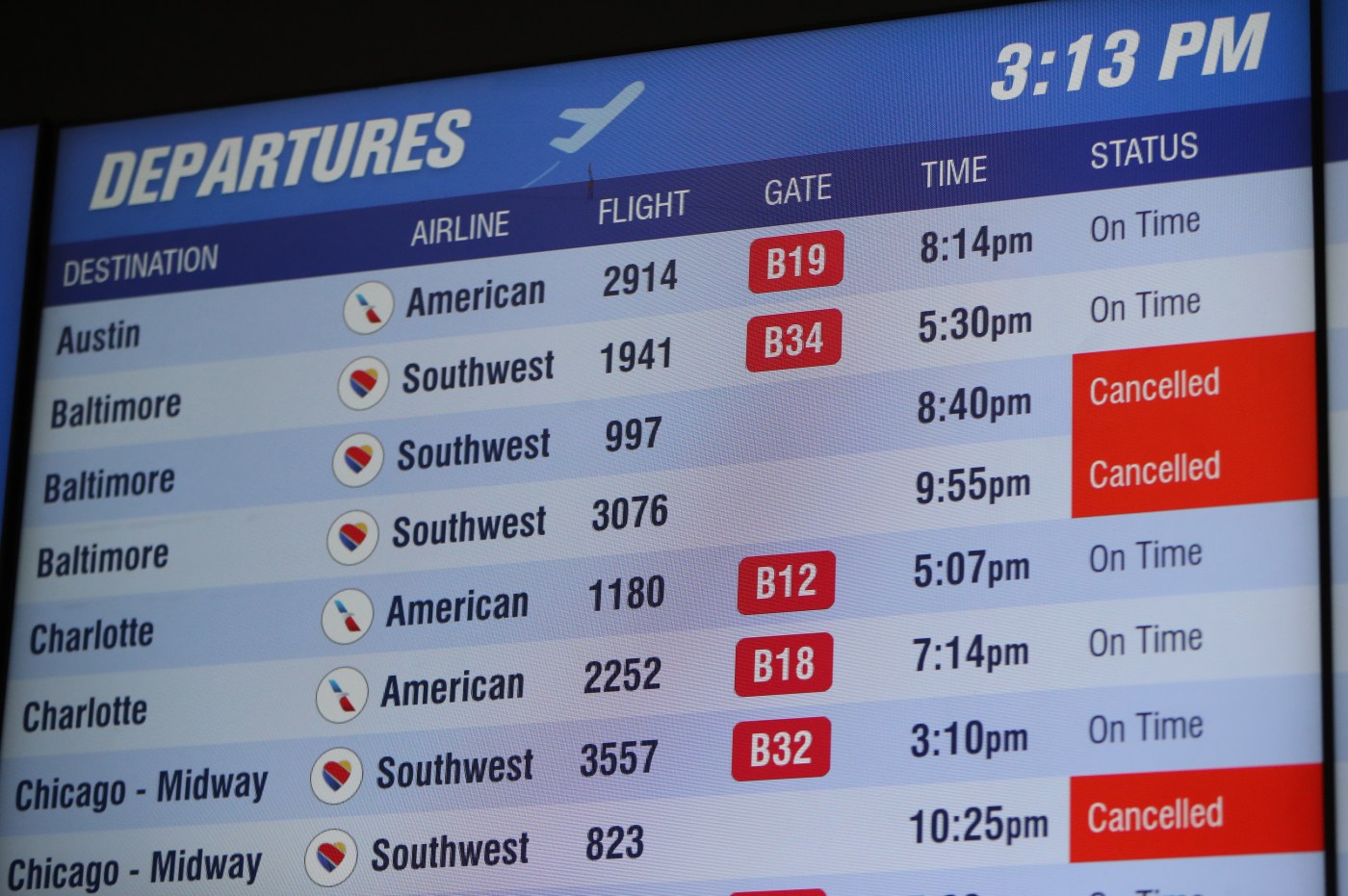 The Southwest Airlines “meltdown” continued at Boston Logan International Airport and across the country on Wednesday, as more than 60% of the airlines’ flights were canceled, stranding passengers during this busy holiday travel week.

“Due to Southwest fight cancellations nationwide, we urge passengers to check the status of their flight before coming to the airport,” Boston Logan International Airport tweeted.

U.S. Secretary of Transportation Pete Buttigieg on Wednesday was asked whether the nationwide nightmare involving Southwest was a “meltdown.”

“It’s the only word I can think of to describe what’s happening at Southwest Airlines,” Buttigieg said on ABC’s “Good Morning America” on Wednesday.

“We are past the point where they could say this is a weather-driven issue,” he added, noting that all of this was sparked by the massive winter storm that swept across the country and severely disrupted all airlines — but that as of Wednesday, the rest of the aviation system was down to a rate of 4% canceled flights, while Southwest’s cancellation rate was north of 60%.

“What this indicates is a system failure, and they need to make sure that these stranded passengers get to where they need to go and that they’re provided adequate compensation,” Buttigieg said.

That means refunds for the flight itself, in addition to compensation for hotels, ground transportation and meals “because this is the airlines’ responsibility,” he added. “We will be watching closely to make sure that actually happens.”

Southwest Airlines CEO Bob Jordan said he was “truly sorry” for the situation, and that the airline was “doing everything we can to return to a normal operation” following the major winter storm.

“We’re focused on safely getting all of the pieces back into position to end this rolling struggle,” Jordan said in a video.

“The tools we use to recover from disruption serve us well, 99% of the time,” he later added. “But clearly, we need to double down on our already existing plans to upgrade systems for these extreme circumstances so that we never again face what’s happening right now.”

Southwest’s plan for the next few days is to fly a reduced schedule, and reposition their employees and planes.

Jordan said, “We’re making headway, and we’re optimistic to be back on track before next week.”