Todays Though > News > Speedsters dominate, plus stock up, stock down – Boston Herald
News

Speedsters dominate, plus stock up, stock down – Boston Herald 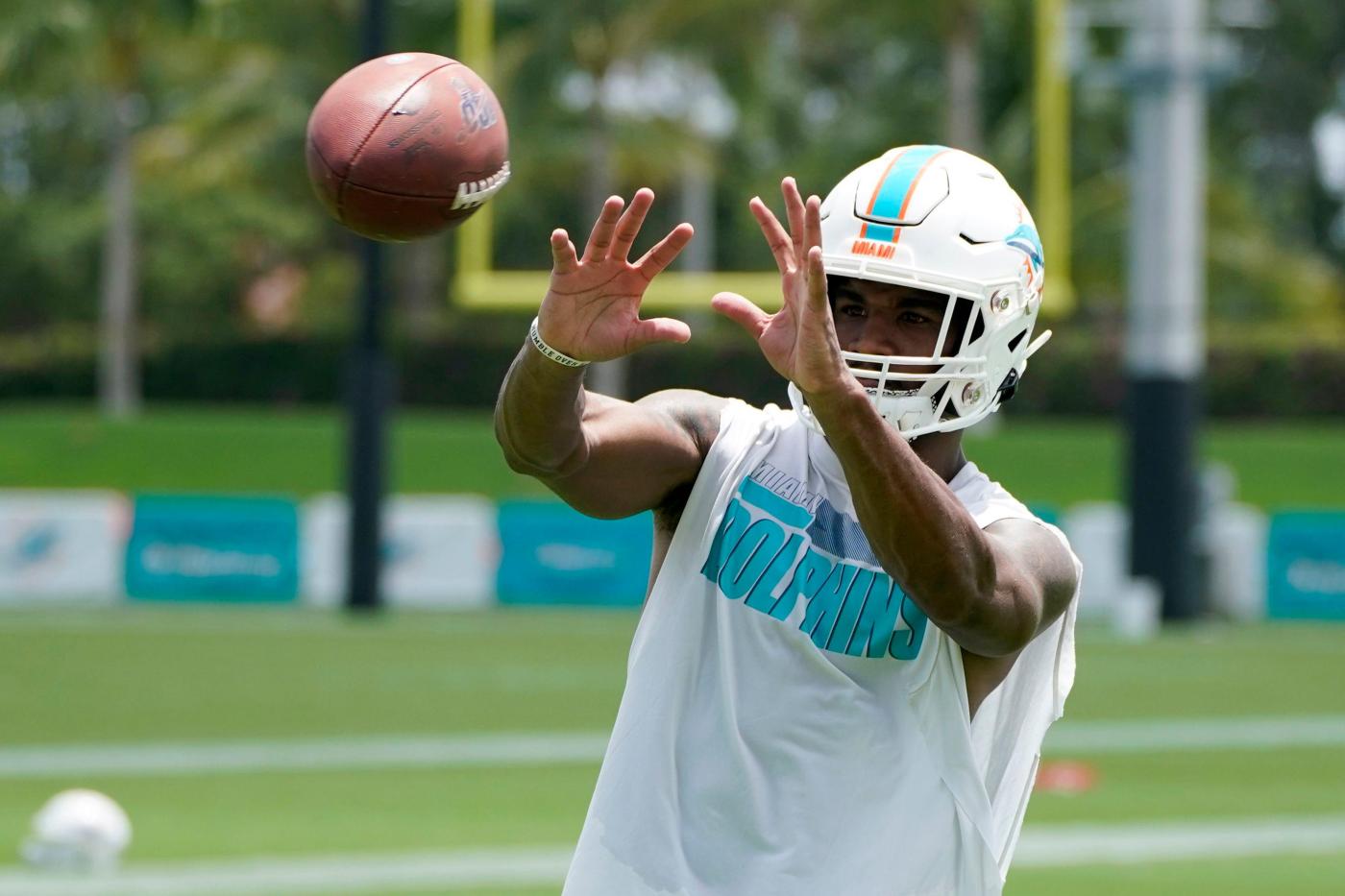 Jaylen Waddle put on a tutorial about Houston rap music on Thursday, and it is possible his music showcase might carry over to Friday, based on his productivity in the Miami Dolphins’ second practice.

“Ya’ll liked that playlist?” Waddle asked the media after taking off his orange jersey.

The orange jersey, which is given to the previous day’s top performer by the Dolphins coaches, is a reward system that gives players an opportunity to control the music played the next day at practice. Waddle’s playlist, which began with Z-Ro song “Mo City Don,” stood out just as much as his half dozen receptions, which consistently moved the chains.

His performance was so impressive Waddle might become the first Dolphins player to earn the orange jersey for back-to-back standout performances during the Mike McDaniel era.

But it wasn’t just Waddle getting off on the Dolphins secondary, which was practicing without Byron Jones, who is on the Physically Unable to Perform list because of an ankle injury, and Xavien Howard, whose participation is limited daily to a handful of reps early in the 11-on-11 period.

Waddle and Tyreek Hill made a number of standout catches from quarterbacks Tua Tagovailoa and Teddy Bridgewater during Miami’s second practice.

The most impressive play of Thursday’s practice was a deep connection Hill pulled in from Tagovailoa, which was under thrown possibly because it got caught up in the wind, but still produced a 45-yard gain.

“This season is going to be fast and electric,” Hill said.

When asked how defenses are going to respond to Hill being on the same field as Waddle, who also runs a legit 4.3 40-time, the three-time Pro Bowl pick said “they are scared s—less.”

Free safety Jevon Holland had two pass breakups that could have changed possession in a real game….

Jaelan Phillips produced a sack, and would have drawn a holding penalty on Greg Little during a play in which Tagovailoa connected on a 30-yard pass to Hill, if the play hadn’t been ruled dead. Because there are no refs on the field during these practices, Tagovailoa was allowed to throw the ball, but by the time it was out his hands Phillips was already celebrating….

Linebacker Duke Riley made a stop before Myles Gaskin could turn a reception on a third-and-6 play into a first down…..

Tailback Chase Edmonds had a third-and-8 conversion from Bridgewater, which was great read from the veteran quarterback…..

Cornerback Tino Ellis, who was signed on Wednesday, broke up a Sklar Thompson deep pass to Trent Sheffield with a diving swat of the ball.

Melvin Ingram had a second straight productive practice in his limited snaps during 11-on-11, making a tackle in the backfield and producing a sack.

McDaniel, who will call plays on offense for the first time in his career, seemingly brought his real offense out for a test drive on Thursday. The amount of misdirection and movement plays inserted into Miami’s West Coast style offense clearly presented Miami’s defenders challenges, because talents like Hill and Waddle were wide open most of practice. Josh Boyer’s defense feature much, if any blitzing on Thursday. But McDaniel’s unit was seemingly showcasing how much speed they have and the potential to get playmakers in open field.

Thompson, the Dolphins’ seventh-round pick, primarily worked in a shotgun-based offense at the University of Nevada, and it showed when he was asked to handle snaps under center on Thursday. Thompson had three fumbled exchanges during the session, and they came from multiple centers. The rookie quarterback hasn’t stood out for good or bad plays since joining the team this summer, and he also hadn’t hadn’t had issues working under center during practices the media had attended.