Todays Though > News > Spend big (Phillies) or replenish the system (Astros)? The Cubs can find a roster-building balance in the World Series teams. – Boston Herald
News

Spend big (Phillies) or replenish the system (Astros)? The Cubs can find a roster-building balance in the World Series teams. – Boston Herald 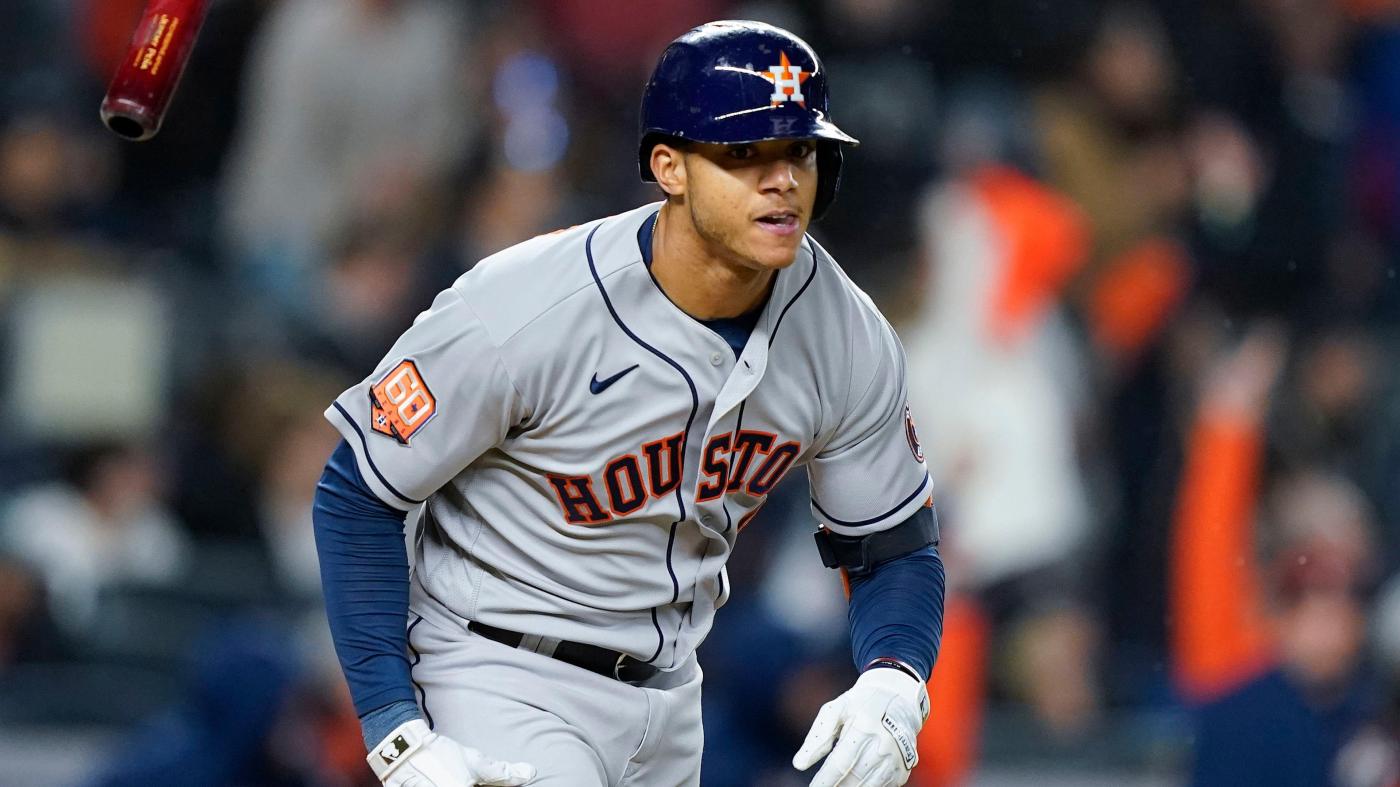 Financially investing in a roster can serve as a postseason separator for major-league teams.

The teams with the five highest payrolls for 2022 made the postseason, and three of them reached their league championship series. The other playoff teams’ payrolls, per Spotrac, ranked eighth, ninth, 11th, 12th, 21st, 25th and 28th.

Typically the quality of players those figures are committed to can be game-changers in the condensed postseason format. And often those investments come through free agency.

“When we have a moment that we feel like this is the right fit at the right time, we’re going to present a lot of documentation (to ownership) about why we think that’s the case,” Chicago Cubs President Jed Hoyer said after the season. “You want to make sure that you add those players at the right time for the organization, and we have to make those decisions.

As the World Series begins Friday between the Houston Astros and Philadelphia Phillies, the Chicago Cubs could take some lessons from the teams’ roster-building approaches. There’s value in building a team in the offseason that can legitimately contend for the postseason, especially in a division like the National League Central that doesn’t have a dominant team. And the last two years have shown — with the Atlanta Braves in 2021 and the Phillies this year — what can happen after making significant in-season adjustments to address weaknesses.

In the Phillies’ case, their run to the World Series can be traced to a 10-month span in 2019 when they dramatically infused the roster with star-caliber talent. Between February and November of that year, the Phillies traded three players, including their top prospect, for catcher J.T. Realmuto; signed slugger Bryce Harper to a 13-year, $330 million contract; and gave right-hander Zack Wheeler a five-year, $118 million deal. Less than a week after acquiring Realmuto, the Phillies also agreed with right-hander Aaron Nola on a four-year contract extension, buying out free-agent years to lock in their ace.

The Phillies’ approach over that span addressed short-term and long-term needs, trying to win now while adding impactful stars who could help fuel a multiyear title quest. Their farm system had been ranked in the top 10 by Baseball America the previous three years.

Of course there were missteps in free agency, too, but they were shorter contracts that didn’t prohibit the team from moving on if the fit no longer made sense. For instance they released shortstop Didi Gregorius in August this year and committed to former first-round pick Bryson Stott.

Finding moments to be aggressive in free agency and the trade market is a must, especially for big-market teams that should be using their spending power as an advantage. Risk is inherent in any bigger, long-term contracts, but that doesn’t mean it’s wrong to take that approach for the right type of star player.

The Phillies signed Harper, now 30, knowing the last few years of his 13-year deal could be painful if his body doesn’t hold up from how hard he swings and his style of play. They envisioned plenty of success before then, however, and they certainly aren’t regretting the investment as the 2021 NL MVP leads them back to the World Series.

Similarly, the San Diego Padres, coming off an NLCS appearance, have been among the most active teams the last few years, utilizing a combination of money (signing Manny Machado) and a deep prospect pool (trades for Juan Soto, Yu Darvish and Blake Snell) to ensure they aren’t an afterthought to the Los Angeles Dodgers in the NL West.

While there is no Harper-level star in free agency this year, the Cubs have an opportunity to add at least one elite player who can boost the team’s outlook for 2023 and beyond. The free-agent shortstop class, featuring Trea Turner, Carlos Correa, Xander Bogaerts and Dansby Swanson, is loaded with talented options. Although teams project which top players will become available in future offseasons, there are never any guarantees. Contract extensions, injuries and declines in performance can quickly alter those projections.

Given the Cubs’ upcoming payroll flexibility — only three guaranteed contracts after next season, though Marcus Stroman could opt out of his deal after 2023 — they have no excuse if they fail to fully engage in signing upgrades in the coming weeks and months. Hoyer and the front office might be forced to decide if they should take a conservative financial approach in avoiding lengthy deals of seven years or more or whether it’s more important to bring a star player to Chicago this offseason.

Seiya Suzuki’s five-year deal was attractive because the Cubs expect to contend within that window of the 28-year-old outfielder’s prime. It would not be surprising to see the Cubs target a similar contract length, perhaps even shorter for starting pitchers, who potentially pose more injury risk.

Investing in the roster through free agency can be a parallel endeavor to the Cubs’ continued focus on improving their minor-league depth and implementing an infrastructure that yields high-end talent. The Cubs have seen glimpses in the past year, most notably the emergence of pitchers Justin Steele and Keegan Thompson and infielder Nico Hoerner’s development into a potential cornerstone player up the middle.

The Cubs farm system, ranked No. 10 at midseason by MLB.com and No. 16 by Baseball America, is in much better standing than the previous four years, when internal shortcomings hindered the organization’s ability to make another World Series run.

The Astros have found a way to create a pipeline of talent. How they apply data to instruction and player development has allowed them replenish talent at the big-league level. Not many teams could lose Correa in free agency and almost seamlessly replace him with 2018 third-round pick Jeremy Peña. Five Astros starters are homegrown and slugger Yordan Alvarez might as well be, traded to Houston less than two months after he signed with the Dodgers in 2016.

On the pitching side, they traded for — and then paid to keep — future Hall of Famer Justin Verlander; signed two amateur free agents in Framber Valdez and Cristian Javier; and found a nasty mix in the bullpen of trade acquisitions and arms they signed or drafted.

The Astros haven’t needed to spend tremendously in free agency, instead reaching contract extensions with their own young players in Alvarez, José Altuve, Alex Bregman and Lance McCullers. Unlike the Cubs — who committed to a hard reset and rebuild after failing to successfully build long term off the 2016 championship season — the Astros have made the postseason every year since 2017, won the division five times, appeared in four World Series and have one title, pending their showdown with the Phillies. Their ability to churn out talent internally and maximize production from players they bring in from outside has been critical to their success.

The Cubs want to avoid the extreme the Phillies needed to embrace in paying four position players — Harper, Realmuto, Nick Castellanos and Kyle Schwarber — at least $20 million each through 2025 while a fifth, second baseman Jean Segura, is earning $17 million in his final year. The Phillies’ struggles in the last seven years, dating to the start of their rebuild, to develop minor-league position players into major-league starters forced them to seek free agency to fill their roster holes.

The Cubs are capable of finding a solid balance between homegrown players and free agents. But it comes down to a willingness to spend money by both the front office and ownership.