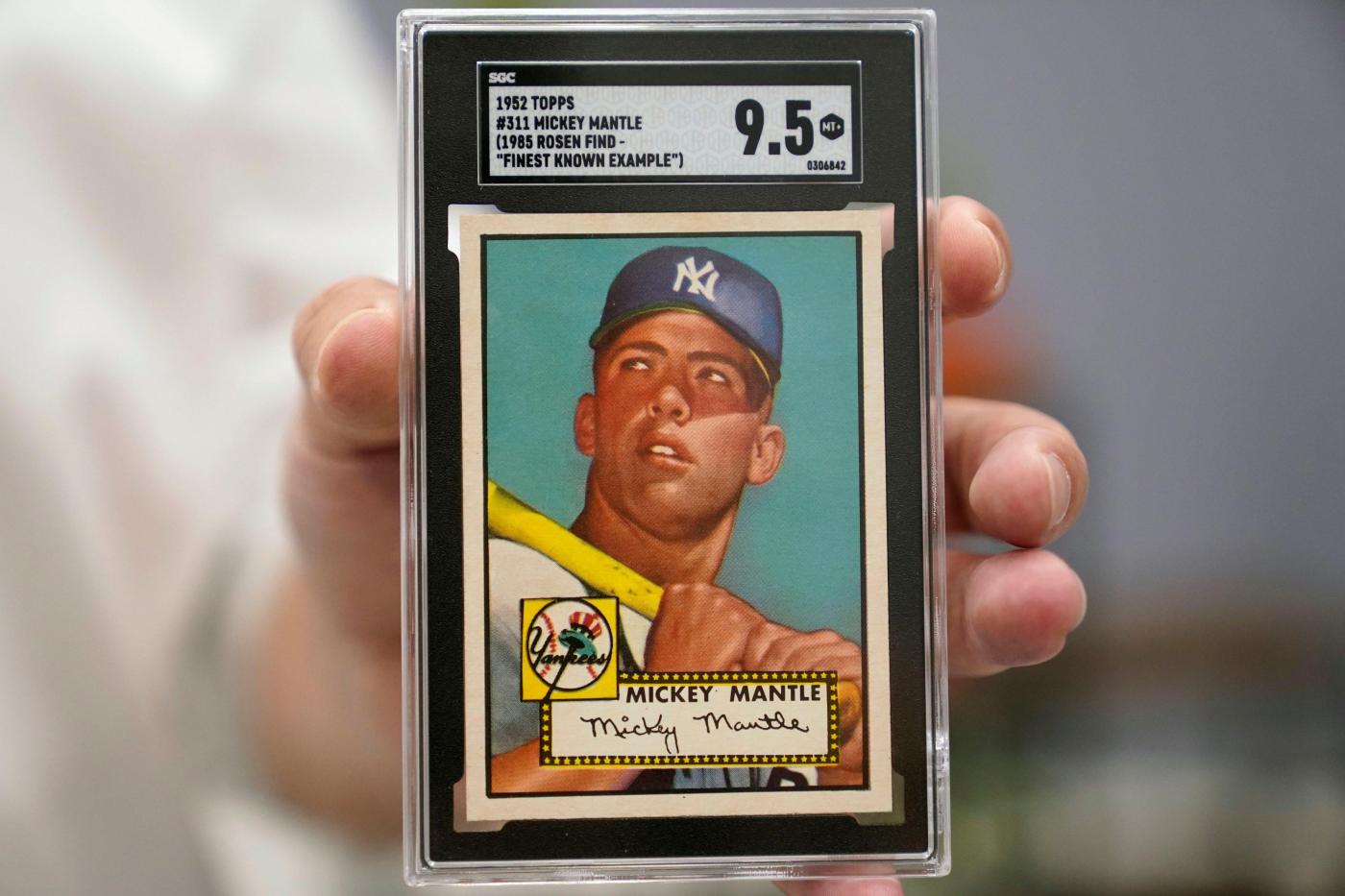 One of the more interesting items in a new sports auction is a hand-written note from Yankees great Mickey Mantle, who recalled playing hurt, in a certain sense.

“I got (oral sex) under the right field bleachers by the Yankee Bull Pen,” Mantle wrote, according to auctioneers.

“It was about the third or fourth inning. I had a pulled groin and couldn’t (fornicate) at the time.”

Mantle, who played for the Bronx Bombers from 1951 to 1968, had been asked in writing about his most memorable experience at the famed stadium on its 50 year anniversary. It’s unclear which season that incident occurred — if it even did.

Mantle remembered his friend as a “very nice girl” in the note. As of noon Tuesday, the leading bid for the unique piece of memorabilia was $17,644. One auction representative said the note could fetch a six-figure haul.

He signed the questionnaire with his name followed by “The All-American Boy.”

Mantle is widely regarded as one of the Yankees’ most loved players. In 1961, the nation watched as he and Roger Maris — known as the M&M Boys — competed in a home run race that ended with Maris hitting a then-record 61 and Maris belting 54.

Billy Crystal directed a 2001 film about that saga called “61*” in which Mantle is played by actor Thomas Jane. Mantle’s penchant for enjoying downtime off the field was made famous in his former teammate Jim Bouton’s tell-all book, “Ball Four.”

In August, a mint condition 1952 Mantle trading card broke a sports memorabilia record when it sold for $12.6 million through Heritage Auctions.

The Lelands auction, which runs through Dec. 10, also includes a batting helmet worn by Mantle and rare baseball cards featuring the famed outfielder, who died in 1995.