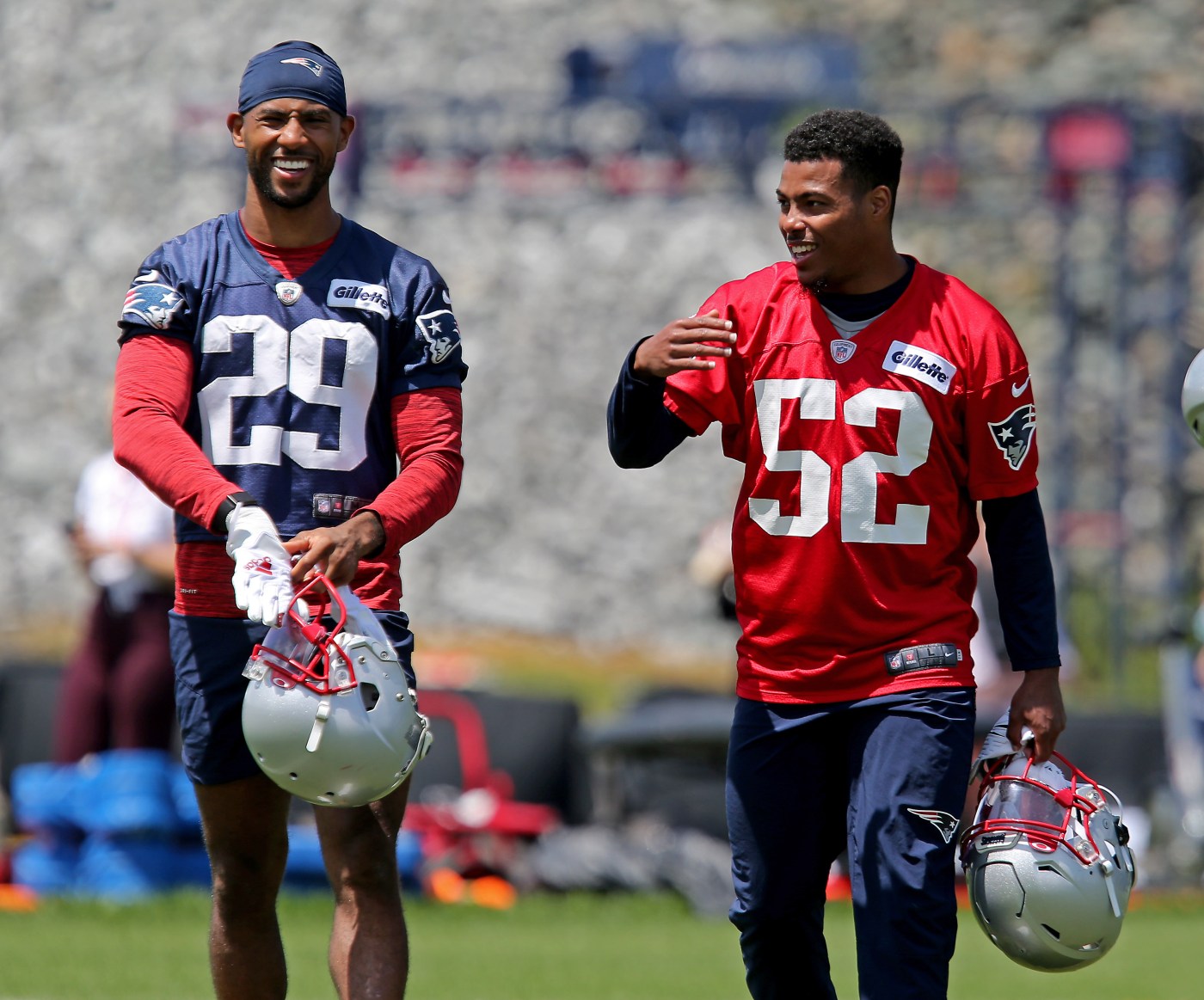 One sports betting site says its research shows Patriots fans are among the happiest in the NFL, only ranking below the New Orleans Saints.

The site, OLBG, said its results were based on social media activity of U.S. professional teams — the Red Sox ranked seventh in baseball, and the New England Revolution were sixth in MLS.

Second-ranked Patriots fans are likely seeing an additional boost in joy as players will report to training camp in Foxborough on July 26, with practice set to start the following day.

OLBG said the Patriots fan base ranks high in happiness, based on the team’s average likes on its Twitter and Instagram pages, and the ratio of “love” to “angry” reactions on content published about them on Facebook through BuzzSumo.

Overall, NBA fans are happiest, followed by the MLB and NFL.

Hometown teams like the Patriots, Celtics and Red Sox may see some action on sites like OLBG, but not from their own state, where sports betting remains illegal.

A push to change that has dragged on for years, since the Supreme Court ruled in 2018 that banning sports betting was unconstitutional.

A bill that would legalize the practice in Massachusetts has passed both the House and Senate, but the two different versions of the legislation have striking differences that are holding up the deal.

The legislation, which passed the House last July, has been in a joint conference committee since the Senate passed its own version in late April. Three representatives and three senators are in negotiations to try to hammer out a deal, Mariano said.

The aim, according to reports, is to try to get a bill before sports betting proponent Gov. Charlie Baker by the end of the legislative session on July 31.

The major difference, House Speaker Ronald Mariano said, is that unlike the House, the Senate does not support college sports betting in its version. He said that would result in a major loss of revenue, as two of the three biggest sports betting events, March Madness and bowl games — the Super Bowl is the other one — are college affairs.

“Why would we cede the revenue in the two biggest events to the black market when it could be captured by the gaming institutes that are legal?” Mariano said.

State Sen. Brendan Crighton, D-Lynn, who has pushed for years to legalize the practice, said he supports a provision in his bill that would allow for betting on college sports, excluding those in Massachusetts, where colleges reported being “strongly opposed.”

Other differences between the two bill versions involve tax structure and consumer protections, Crighton said. The House version would tax mobile betting revenue at 15% and retail at 12.5%, while the Senate would tax at a respective rate of 35% and 20%.

“I hope the conference committee can find a compromise that creates a robust sports betting market with the strongest possible consumer protections,” Crighton said.