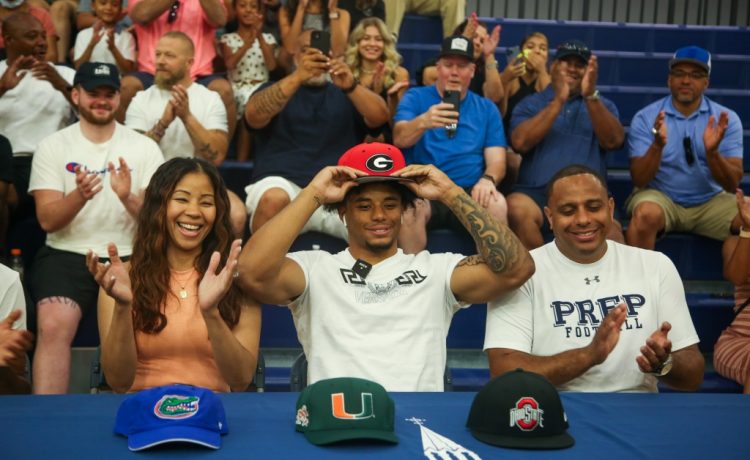 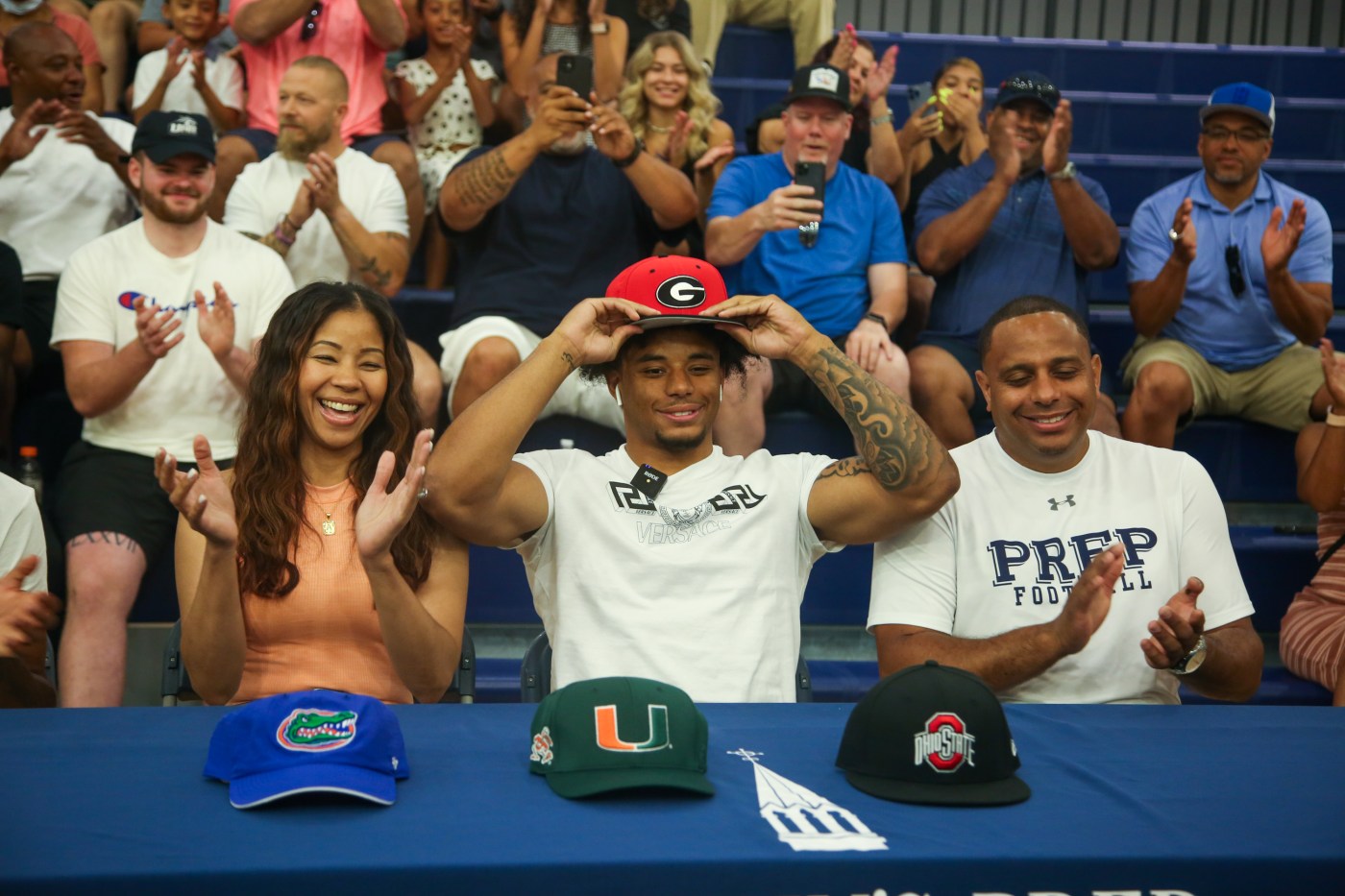 DANVERS – With sights set on the NFL one day, returning St. John’s Prep safety Joenel Aguero – a consensus top-50 recruit – wanted to choose the school best suited to help get him there when he announced his verbal commitment Saturday afternoon.

In front of over 50 close friends and family and a live broadcast at the SJP Wellness Center, Aguero chose defending national champion Georgia.

“This was always a dream of mine (to be on this path),” he said. “(Georgia’s) the best fit for me, to be honest. The scheme they run, how they want to use me, I just feel I best fit being at the University of Georgia. … I’m trying to go to the NFL, so I need to go to the best school that’s going to help me get to the league.”

As a 6-foot, 205-pound four-star recruit, Aguero was sought after by upwards of 50 schools during the recruiting process. His decision boiled down to four schools Saturday, all of them Power 5 programs. Between Florida, Ohio St, Miami and Georgia, though, Aguero says he’s known for about a month that he’d commit to the ‘Dawgs.

It was one of his best kept secrets. But after discussing it with his family prior, he’s relieved to get through the decision.

“I kind of did keep it a big secret between me and the family,” he said. “They knew what I was going to pick, it was a family decision. … It feels good to be honest, now I can lock in on my school and help my school recruit other players to go there.”

Not only does Aguero feel that head coach Kirby Smart’s defensive scheme and his versatility within it will pay dividends, but the rising senior is extremely excited to play in the SEC. That excitement and a conversation with former Everett star safety Lewis Cine, who was just selected 32nd overall out of Georgia in the 2022 NFL draft, were also key factors in the decision.

Again, he’s setting high goals for his career. He even prefaced that NFL desire by stating he’d be spending the next three years at Georgia before putting on the hat, perhaps hinting at his hope of entering the draft when eligible.

“(When thinking of the SEC), I think NFL. I feel like most guys come out of the SEC, that’s the hardest conference in college football,” Aguero said. “If I ball out there, you already know what’s going to happen.”

Before committing, Aguero had an emotional speech in front of the friends and family in attendance, tearing up as he thanked everyone who helped him to this point so far. After leaving the Prep for IMG Academy, he’s happy to return home for his last high school season with the Eagles.

With this final season and his future with Georgia, he’s hoping to help get Massachusetts football some more respect on a national level, too.

“I wanted to come back home to also play my last senior season in front of my family,” he said. “(The country) better stop sleeping on us because we’re on the come-up. They used to doubt us all the time and be like, ‘Massachusetts ain’t got no football,’ but that’s why I’m here. … We’ve got ballers too.”