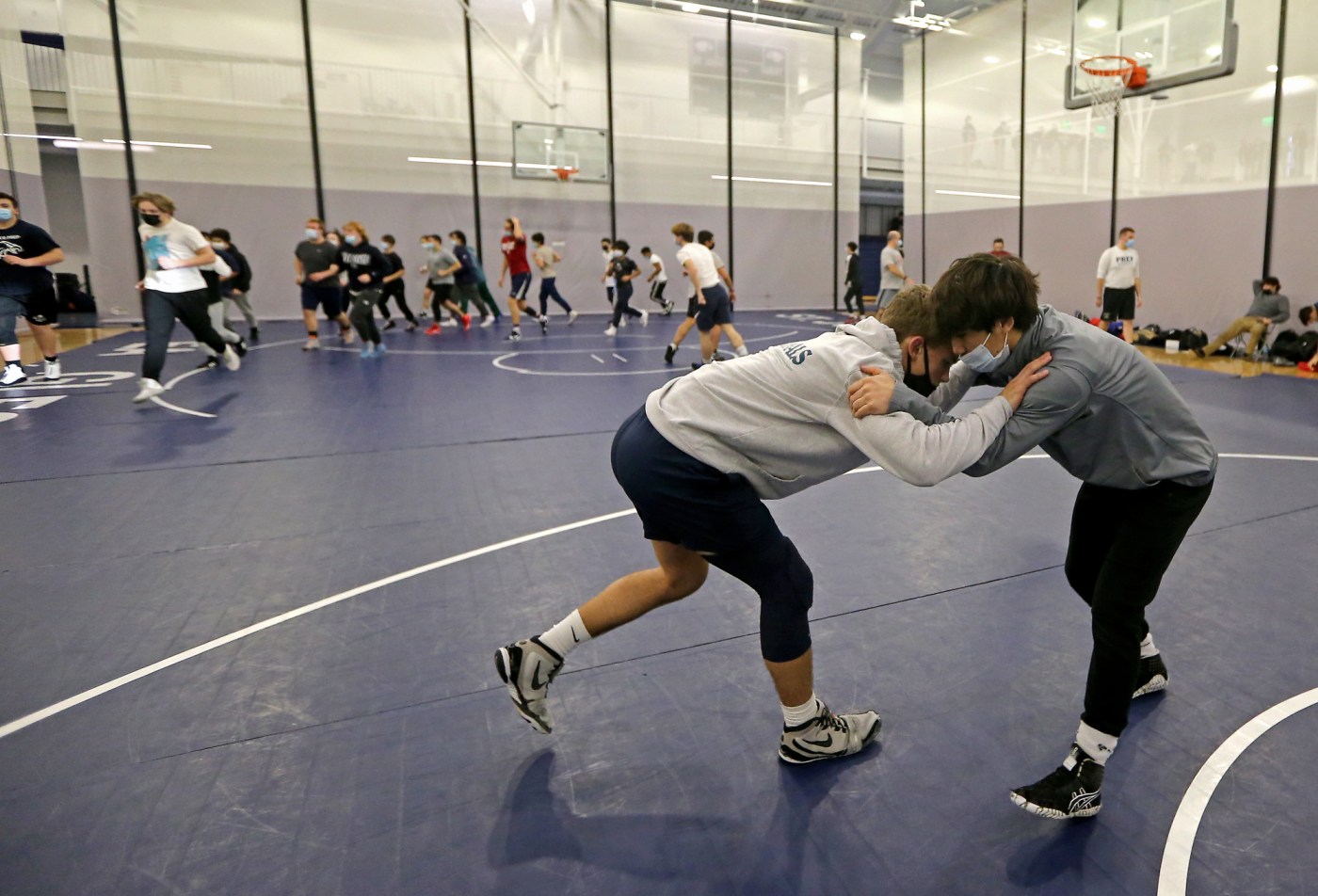 The St. John’s Prep wrestling team won everything there was to win this season.

All of their dual meets. The Catholic Conference title. Every invitational tournament they entered. The state dual meet title. The MIAA Div.1 North, Div. 1 state, All-State and capping off the season with the New England championship.

The same mindset that led to that success on the mat also paid off in the classroom; 11 St. John’s Prep wrestlers earned National High School Coaches Association Academic All-America honors.

“We stress [academics] a lot in the [wrestling] room,” said Eagles coach Manny Costa, who has had 94 wrestlers earn that honor since 1995. “We take it very seriously. When you hit the books, you get better grades. You get into a better school. You get a better job and have a better life.”

“Eleven was the most we’ve ever had in one year,” said Knox, a junior who won a national championship as well as sectional, state All-State and New England titles, and has already committed to wrestle at Stanford University. “[Costa] has always stressed academics.”

To be eligible to be on the Academic All-America team, a wrestler must place in a state tournament (divisional or All-State) and have a grade point average of at least 3.6 out of 4.0. A committee decides who receives that honor.

“It’s crazy to think about it,” said Adam Schaeublin, a recent graduate who will wrestle for Trinity College next year. “It’s just a product of the mindset from wrestling. I wasn’t the best wrestler or the best student when I got here, but I worked hard at both.”

Iwanicki, a junior, a sectional, state, All-State and New England champion. “I worked hard at both things. I knew if I was to be a top-tier athlete and get into the kind of school I wanted to get into, I’d need the grades to go along with it,” he said.

One of the things that allowed the Eagles to do so well on the mat and in the classroom is the mindset of never settling for anything less than their best efforts.

“You’re always capable of doing better,” Knox said. “If you get an A-minus, you want to get an A. You put in more effort to do a little better.”

Said Iwanicki, “I’m the same person on the mat as off the mat. In wrestling, I push myself. I set a goal to become a New England champion (which he won). I also set goals in the classroom.”

At one point this season, Costa let the team know just how important academics are to the program.

“There was a time partway through a quarter when some of our grades slipped a little below what they should have been,” Adam Schaeublin said. “Coach let us know about it after a meet when we had just won by 50 points.”

Said Costa, “We keep an eye on how they’re doing. If they fall behind, we let them know they need to stay on top of it. The parents appreciate it.”

Said Alex Schaeublin, a junior, “The team is always on your back about it, too.”

During the season, the team has the demands of daily practices and meets that take place every weekend and once or twice during the week. Some of the wrestlers also practice with club programs year-round.

“The practices are tough,” said Alex Schaeublin, who won sectional and Div. 1 state titles.  “During the season, balancing sports and academics is really a challenge.”

Said Knox, “You have to do a lot of time management.”

These honors, that the Eagles received almost four months after they celebrated their New England championship, close the book on one of the most successful seasons a Massachusetts High School wrestling team has ever had.

“I’m happier about this than anything,” Costa said.