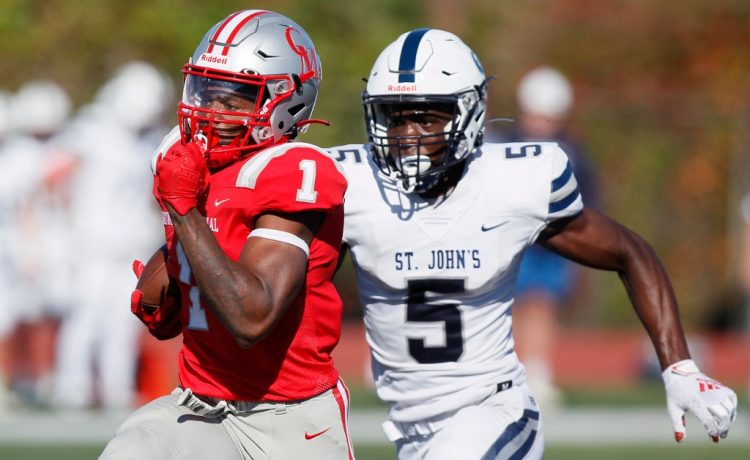 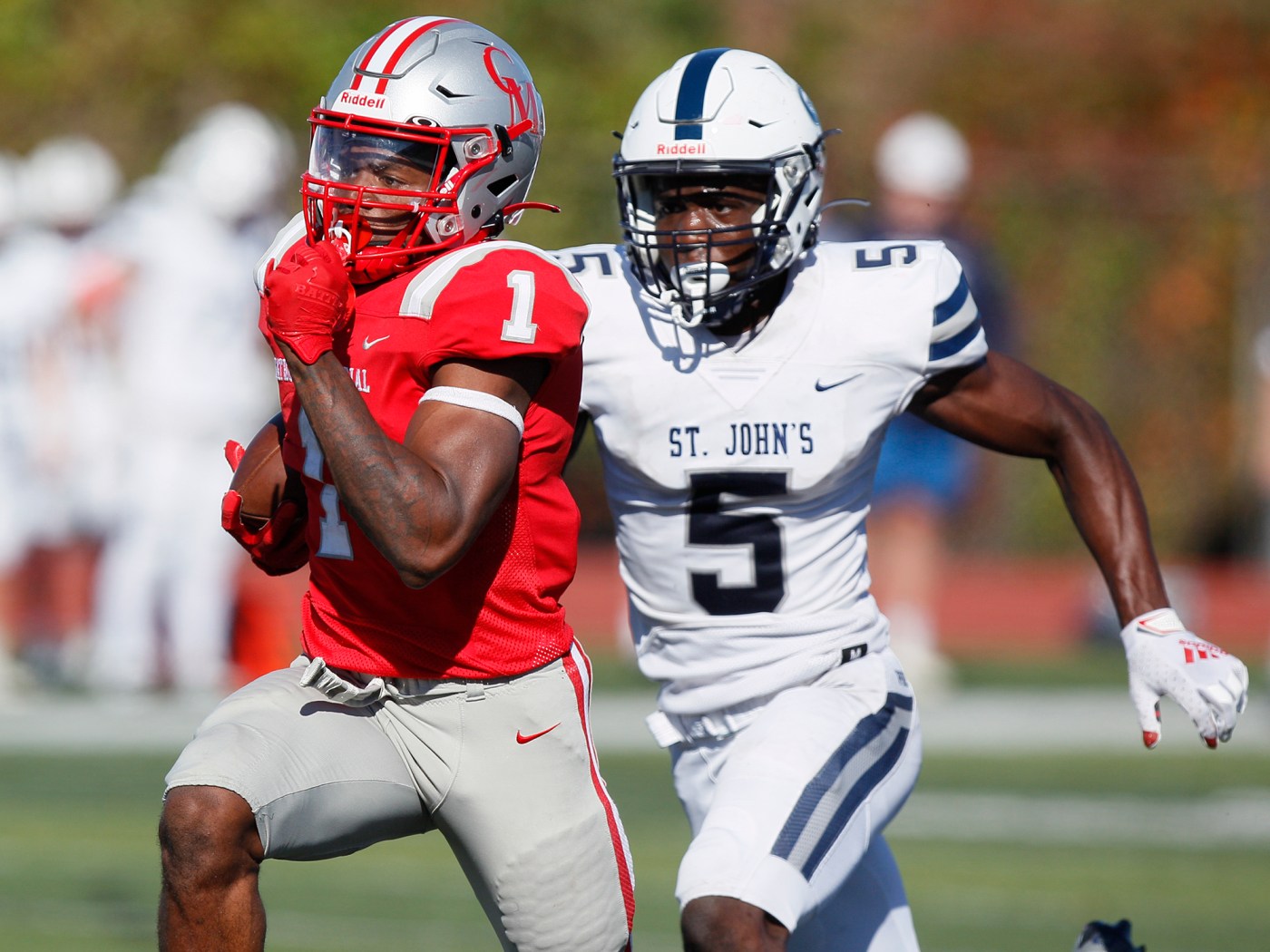 Life is pretty good these days if you happen to be a member of the St. Mary’s football team.

You start with a Wednesday afternoon tilt against Austin Prep at Fenway Park. Less than two weeks later, you cap off the football season with a Div. 6 state championship match at Gillette Stadium against Stoneham.

“I haven’t stopped smiling since Friday night after we beat Rockland (15-14) to get to the Super Bowl,” said St. Mary’s coach Sean Driscoll. “It’s a great thing for the school, being able to play our traditional rival at Fenway, then going to Gillette after that. We’re trying to slow things down with the kids, keep everything in perspective but it’s exciting.”

The seeds for success were sown last Nov. 19 when St. Mary’s walked away from Quincy’s Veteran Stadium on the short end of a 26-21 decision against Abington in a Div. 6 state semifinal. The returning players vowed that night to do everything possible to put themselves in a position to take the next step.

“As soon as they got the bus that night, they started to put the work in,” Driscoll said. “The school sets the tone for what they want in a student/athlete and these kids are just that. They’re good athletes, exceptional students and good kids who are very well respected in the school.”

St. Mary’s (10-1) shrugged off an overtime loss to Bishop Fenwick (26-20) in the fourth week of the season and rolled to three straight wins to enter the Div. 6 tournament as the third-seed. Wins over Archbishop Williams (37-13) and Lynnfield (20-6) put them in the semifinals against defending champion Rockland.

“We knew Rockland’s history is that they are a very good program,” Driscoll said. “They are a physical team that wears teams down, so we went into that game knowing the task at hand. Our kids did that, they hung tough against a good team and we got the big play at the end (a Joel Maggs interception) to seal it.”

KyleCares, Inc. recently announced a collaborative effort with the Hockomock League and its 12 athletic directors to support the emotional well-being of their student-athletes by prioritizing wellness and self-care as much as academic or athletic success, and encouraging help-seeking behavior for any student struggling with their mental health.

Athletic departments from the Hockomock schools will participate in the “KyleCares-WeCare” awareness campaign by hanging banners in gymnasiums at every school supporting the belief that “Mental Health Matters” as much as physical health. A January 2023 Mental Health Week is being planned to raise awareness at sporting events across the league, and the league’s student-athlete leadership conference next spring will have a strong social-emotional focus as part of its agenda.

“The Hockomock League values all aspects of the student-athlete experience, and as they navigate the high school sports experience, we want them to do so in a healthy way,” said Oliver Ames athletic director Ryan Gordy. “There are several programs in place to work with athletes on their physical health, and now we want to bring awareness to mental health. We want to normalize that spending time working on mental health is appropriate and partnering with KyleCares does just that.”

The message KyleCares is trying to portray is that athletes are not immune or more resistant to anxiety or depression. The stress of competing at a high level in high school sports while balancing studies, part-time jobs, and personal relationships can often overwhelm young people, yet many will never admit they’re struggling with their mental health because they feel they must be the toughest physically and mentally among their peers.

1. Catholic Memorial (10-0): Knight unleashed Datrell Jones on Milford and the results were pleasing to their eyes.

3. King Philip (9-1): The names change, but the results always stay the same for the Warriors.

4. Duxbury (10-0): Dragons simply had too much for Holliston and earned their right to play at Gillette.

5. Xaverian (7-3): Hawks get to take down a Div. 1 Super Bowl opponent on Thanksgiving.

8. Milford (9-2): Fell behind early and could never get going against Catholic Memorial.

10. Andover (9-1): Golden Warriors would love to cap off a MVC Large title season with a 10-win campaign.

12. Methuen (8-3): Rangers learned what the rest of the state already knows about the explosive Springfield Central attack.

13. Franklin (6-3): Thanksgiving Day tilt with King Philip should be a good one.