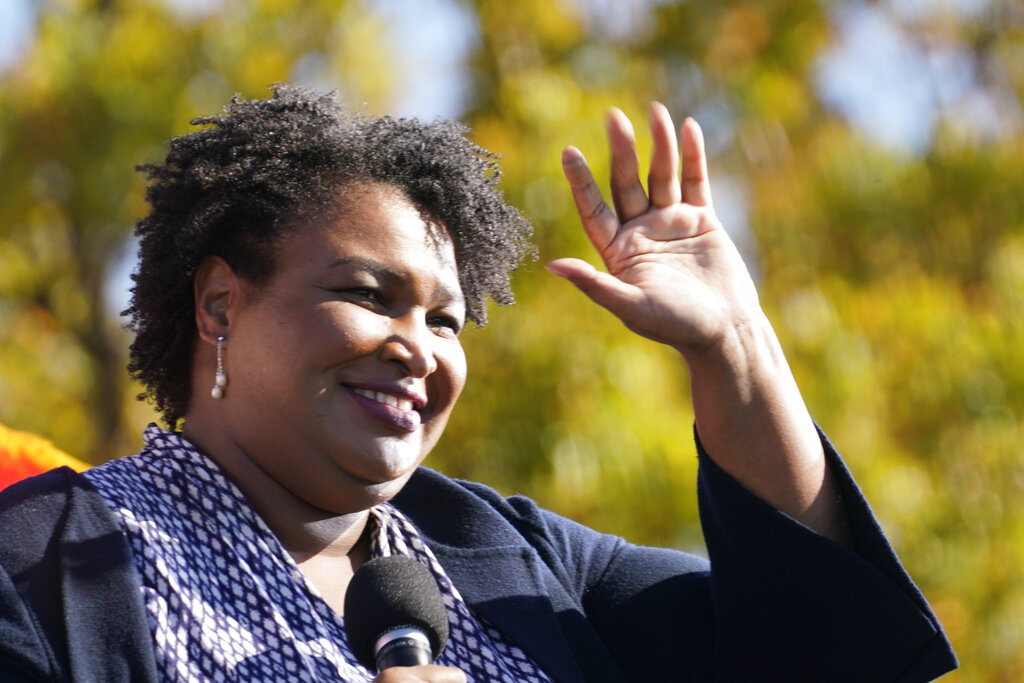 Stacey Abrams should be ashamed of herself.

Saying a fetal heartbeat at six weeks is “a manufactured sound” is dehumanizing. Cruel would be another word. It’s a blatant grab for votes as Democrats across the nation look to avoid a midterm shellacking by using abortion bans to win votes.

You can’t blame the Georgia gubernatorial candidate for taking on the abortion issue, but at the expense of the unborn? Is this where politics has sunk to?

Fact-checkers have been delving into the validity of her comment since she let loose her medical opinion last week. The Yale University Law grad is in a fight for the Corner Office in Georgia against GOP Gov. Brian Kemp.

She’s slipping slightly in the polls so she appears to be taking a harsh turn in stating the life of an unborn child is just “manufactured.” That statement could and should backfire on her. A “fetal heartbeat” can be detected at six weeks with all the major organ systems beginning to form in the 10th week, according to multiple medical opinions. Others say the sound is the fluttering of cells as they form what will be a heart.

Whatever you consider that sound to be, “a baby’s cardiovascular system begins developing five weeks into pregnancy, or three weeks after conception,” according to the Mayo Clinic.

Abrams, leaning on her law degree, is correct in saying that an ultrasound amplifies this fantastic sound of life in utero. But saying that is just “a manufactured sound” is disingenuous. How would she sound at a rally if she didn’t have the use of a microphone? Isn’t the power of her voice manufactured?

We use instruments to help detect what the eye and ear cannot pick up. Is Abrams suggesting all the advances we take for granted today are just manufactured?

No matter what you think about abortion and when life begins — at conception or after — the fact remains the abortion debate should not be allowed to devolve without being called out. Abrams should run on Georgia’s abortion law, last time we checked it is her First Amendment right to speak her opinion. But respect for life shouldn’t be fodder to score political points.

The law in Georgia bans most abortions once a “detectable human heartbeat” is present. It does not say “detectable” by the ear, or by a stethoscope. It doesn’t say the fluttering of cells — or electrical pulses — as the heart is being created does not qualify as life.

If you don’t like the law, work to change it.

“There is no such thing as a heartbeat at six weeks,” Abrams said last week. “It is a manufactured sound designed to convince people that men have the right to take control of a woman’s body away from her.”

That’s just a cop-out. She has yet to back down. Her Twitter feed Monday addressed medical access and a vague reference to women in Georgia needing to make their own medical decisions.

Why not double down on her “manufactured sound” attack? Even Stacey Abrams knows she can’t stay on that track. Life is precious. America desperately needs better health care for all. Prenatal care especially. More access to birth control and better sex education, too.

More than 60% of Americans say abortion should be legal, according to a summer Pew survey. The U.S. Supreme Court set that debate in motion overturning Roe.

Stacey Abrams is wrong. Using the unborn as a political pawn should never be accepted. Debate the issue, not the innocent.