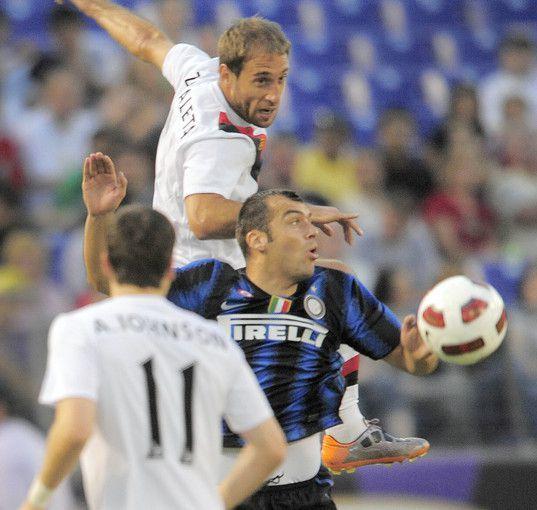 The state of Maryland owns the stadiums, and it has agreements with its tenants, the Orioles and the Ravens, on divvying up the proceeds from special events. However, the Maryland Stadium Authority has granted requests from the privately owned teams that keep it from maximizing its revenue this summer, forfeiting potentially hundreds of thousands of dollars.

While some people, including the state’s treasurer, have challenged those decisions, the stadium authority says it’s making calculated calls with an eye to the future.

In the case of the July 16 soccer match, the stadium authority will give $150,000 of its tax revenue to the Ravens.

Maryland Treasurer Dereck Davis, a Democrat and former member of the House of Delegates, told The Baltimore Sun that the stadium authority isn’t acting in taxpayers’ best interest.

“They seem to believe that they exist for the benefit of private entities, is the only thing I can think. And now I’m seriously considering … requesting legislation that would take that authority away,” he said. “This is clear: they’re being callous and reckless with the people’s money.”

Stadium Authority Chairman Thomas Kelso said the agency is creating a “live, work, play” environment at the Camden Yards Sports Complex. Part of that is incentivizing the teams to continue to bring in special events.

“We’re not thinking in terms of maximizing it at one event,” Michael Frenz, the stadium authority’s executive director, told The Sun. “We’re looking at maximizing revenue over some longer-term horizon.”

Forfeiting revenue now, with an eye toward the future

People who buy tickets to events at the Camden Yards complex pay a 10% amusement tax. Eighty percent of that — 8% of the total ticket cost — typically goes to the stadium authority.

Frenz called it a “long-standing practice” to give some of the tax money to the team. And indeed, according to its board minutes, the stadium authority has previously given the Ravens $150,000 of its tax money for a special event: a Metallica concert in 2017.

Of the upcoming soccer match’s total profit or loss, separate from the tax, the Ravens will receive 55%, while the stadium authority receives 45%, as specified in the teams’ leases. The Ravens’ lease expires after the 2027 season, while the Orioles’ ends at the end of 2023.

The McCartney show was different, yet similar. The stadium authority kept all of the amusement tax from that show (likely several hundred thousands of dollars), but agreed to the Orioles’ request to keep all of the event’s nontax revenue. The team also would have borne 100% of losses if, for instance, the show lost money because of a cancellation (although the team made it clear to ticket holders that the concert would go on rain or shine).

Kelso said denying the financial requests could have discouraged the teams from hosting future events.

“It might disincent[ivize] them from doing the next one,” Kelso said. “So, when you’re working with somebody, you can take two tacks: you can work with someone as a partner, or you can work against someone as an adversary.”

The stadium authority agreed to let the Orioles keep revenues from the 2019 Joel concert to encourage the team to bring in more events, especially because it was the first such show there. “In the future, we plan to participate in non-baseball events that we believe will produce positive net revenue,” the stadium authority said, according to minutes from a June 2019 board meeting.

Because of the coronavirus pandemic, the Orioles’ next non-baseball event wasn’t until the McCartney show.

The stadium authority agreed to take the same financial approach it had with the Joel show, although it didn’t calculate what that had cost it. In response to a Maryland Public Information Act request for the amount of revenue from the Joel show, the stadium authority told The Sun it never determined that number. It said it couldn’t calculate and provide those figures because they “appear to contain ‘tax information’ specific to a particularly taxpayer (i.e. the Orioles).”

Asked why it didn’t determine the Joel revenue before making a similar deal for the McCartney show, Frenz said: “The Orioles have told us (hosting concerts) is something they want to continue to do. But if they share the revenue (with) us, it’s not sufficient incentive for them to continue to do it.”

Kelso said he looks at it this way: ”If we’d said, ‘Oh, no, no, we’re opting in,’ and (the Orioles) never did another concert, how much would we have lost?”

‘No regard for the taxpayers of Maryland’

Davis challenges the decision to not maximize revenues with a goal of bringing in more events.

“This promise of, ‘Well, we can do more, we can do this or that’; are those promises in writing?” Davis said. “Did they get a written agreement that, ‘Hey, if we do this, we’ll bring X number of concerts a year?’ Or was that just more potentially pie-in-the-sky promises?”

Dennis Coates, a professor of economics at University of Maryland, Baltimore, likened the $150,000 headed to the Ravens from the soccer game to a “kickback.” And he compared the understanding to forfeit money now in hopes of more special events in the years to come to a “lottery ticket.”

Davis said the decisions were made with “no regard for the taxpayers of Maryland.”

“There’s a difference between being pro-business and being pro-stupid. And I’m not pro-stupid,” Davis said.

Coates and Davis pointed out that members of the stadium authority board — one is selected by the mayor of Baltimore and the rest by the governor — are not elected, but make weighty decisions about public money.

“My fundamental problem is: You have these unelected officials making decisions about what happens with tax revenues that they’re really not accountable for in any meaningful way,” Coates said.

‘We think that we’ve done it responsibly’

The stadium authority, which has largely been applauded for its effectiveness over its more than 35-year history, is aware of the criticism. Davis questioned the stadium authority last month during a Board of Public Works meeting, and fellow board member and State Comptroller Peter Franchot, who is seeking the Democratic nomination for governor, said he “loved the comments.” The third member of the board, Republican Gov. Larry Hogan, didn’t comment.

Kelso, who was appointed in 2015 by Hogan, said that “reasonable people can disagree” with the stadium authority’s approach.

“We have exercised our judgment, in our estimation, knowing everything we know, in a prudent manner, and others might decide to do it differently,” Kelso said. “But given the responsibility that we have and looking at the larger picture, we think that we’ve done it responsibly.”

The General Assembly passed a bill that takes effect Friday to create a fund of $10 million to attract major sports and entertainment events to Maryland. The fund will award money to events that demonstrate a “positive economic impact” and expect attendance of at least 20,000, among other criteria.

Going forward, teams could ask that fund for contributions to help put on events, rather than seeking contributions from the stadium authority. For example, the fund could contribute to the Ravens when M&T Bank Stadium hosts a Navy-Notre Dame game in November.

“Moving forward, this new program may significantly reduce the need for MSA to contribute financially to events at Camden Yards,” the stadium authority said in a statement.

Both Oriole Park and M&T Bank Stadium are known for their primary purposes — hosting MLB and NFL games — but the stadium authority’s vision is for those venues to become something more. Their aspiration is that, by acceding to the teams’ requests, more special events will come to Baltimore, leading to more revenue for all.

“I hope that it works out,” Coates said, “but I have my doubts.”