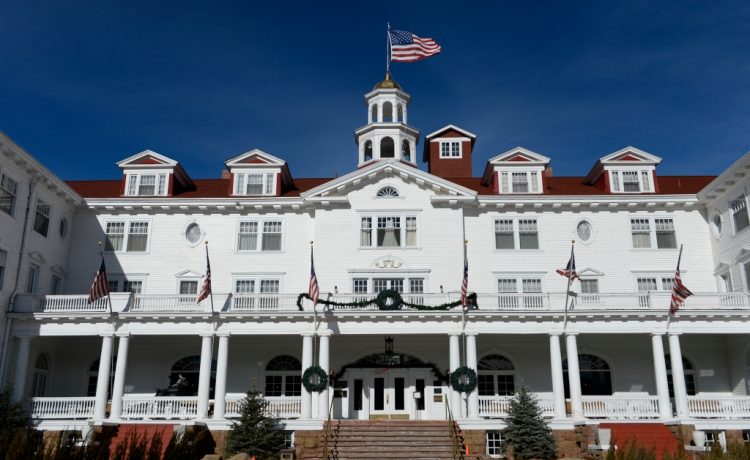 DENVER — Director Stanley Kubrick’s 1980 take on Stephen King’s “The Shining,” which was inspired by King’s creepy stay at the Stanley Hotel in Estes Park, Colorado contains a scene so disturbing that its mere mention sends fans into paroxysms of terror.

That would be the bathroom scene, in which lead character Jack Torrance (Jack Nicholson) enters the fictional Overlook Hotel’s accursed Room 237 — and, more specifically, its color-saturated, mid-century modern bathroom. There he finds a silent, naked woman in a bathtub, who emerges dripping to embrace our hypnotized Torrance.

You won’t be shocked to hear it doesn’t end well. But it does imprint itself permanently on the gray matter, which is why Denver’s MOA Architecture relished the opportunity to re-create the set in screen-accurate detail. Now guests of the hotel’s “Shining”-related tours can step into that bathroom for themselves.

The space is part of a larger renovation of the hotel’s Caretaker Cottage that “commemorates both the hotel’s real and fictional history,” according to MOA associate Taylor Coe, the company’s strategic growth manager.

“The first floor is a time machine. Step inside to be whisked back to 1912, when the hotel’s first caretaker moved in with his family,” Coe wrote. “The design team spared no detail to achieve this effect. Look closer and even the smallest details stand up to scrutiny — from period brass air registers to the hand-carved crown molding.”

The historic restoration, completed under lead designer Tina Kivalu, is now part of “Caretaker’s Cottage/The Shining Suite,” an hour-long theatrical experience at the Stanley. The tour combines Lamborn’s Caretaker’s Cottage, as it’s called, with all kinds of “Shining” lore.
Guests can’t stay in the cottage, but they can move through it and snap photos.

“If you are bent on ignoring Dick Hallorann, proceed up the stairs,” Coe wrote, referencing the fictional head chef at the Overlook who teaches young Danny Torrance how to harness his telepathic powers (a.k.a. “the shine”), and who warns the caretaking-Torrance family of the hotel’s ghostly malevolence.

“The second floor leaves history behind and drops you into a disorienting, uneasy space, somewhere between cinema and the designers’ imaginations,” according to a press statement. That includes the movie-set bathroom but also touches like the Hick’s Hexagon pattern (the famous, red-brown-and-orange hallway carpet created by David Hicks) in one of the bedrooms. There’s also a bedroom imagined to be the “Grady twins’ bedroom,” where the creepy ghost sisters who appear to the Torrance family once lived.

“The Shining”-themed renovation adds to the Stanley’s attempt to fashion itself as the home of Rocky Mountain horror, including a recently acquired prop axe from “The Shining” production which sold at auction in May for $175,000. It was then anonymously donated for display in the Stanley Film Center, a sprawling film and music entertainment complex that’s been in development for years on the Stanley’s property.

No surprise that the hotel, which regularly hosts themed events and multi-night music performances, was named as the first of America’s Most Haunted Hotels by Trips to Discover digital magazine last month.

The hourlong Caretaker’s Cottage tour is limited to ages 8 and up and costs $30 per person. Advance reservations for parties of up to 10 people are required at thestanleyhotel.thundertix.com
Tribune News Service