Starling Marte still not ready for a return – Boston Herald 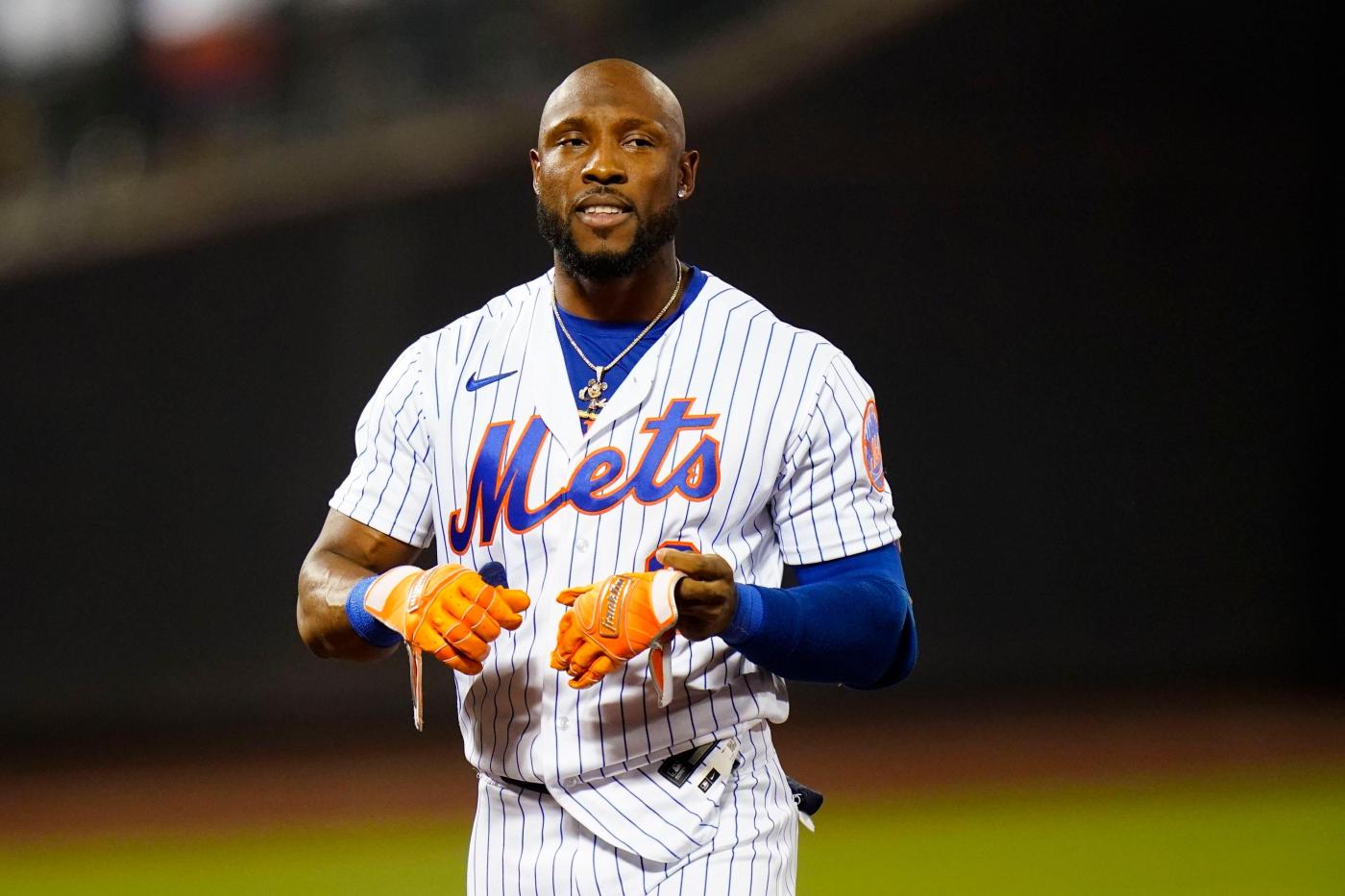 The Mets could use Starling Marte now more than ever, but Monday’s update on the injured All-Star outfielder was the same as it was last week: Not imminent.

Marte, who has been dealing with a partial non-displaced fracture in his right middle finger, swung a bat off a short toss with both hands Monday afternoon but it didn’t sound as though it went well.

“I don’t think that got a real good return,” manager Buck Showalter said Monday at Citi Field before the Mets scheduled game against the Washington Nationals.

Marte, who was injured in a game against the Pittsburgh Pirates on Sept. 6, is still not participating in baseball activities and the focus is now on managing the pain and swelling. The Mets aren’t ready to rule him out for a potential Wild Card round this weekend at Citi Field, with Showalter saying they’ll reassess later in the week.

“We’ll see what the next three days bring,” he said.

Marte’s bat has been badly missed. The Mets have been struggling at the plate and put up just a .624 OPS over their last five games, two at home against the Miami Marlins and three on the road against the Atlanta Braves. They’ve scored only 16 runs in that span, the fourth fewest amount in the league. The Mets were swept by Atlanta this weekend in large part because of their inability to drive runners in.

Of course, the offensive struggles can’t be pinned fully on Marte, but it’s clear that his absence has been felt. Tyler Naquin will battle at the plate but he doesn’t exactly bring the same fear for pitchers that Marte does.

“He’s just such a well-rounded player. He was such a good addition for us,” Showalter said. “The people that have taken his place are capable of doing some of the same things but he’s got a track record. He stretches out our lineup and creates some problems for bullpens. I think that well-rounded game [is what’s missed]. He doesn’t have to hit the ball out of the park; he can steal a base. He’s really a good fit for who we’ve tried to be.”

Eduardo Escobar was named the National League Player of the Month for September, becoming the first Mets player to win the award since David Wright in June of 2010. The Venezuela native slashed .340/.393/.649 with 16 runs, 33 hits, eight home runs and 24 RBI in 26 games. He amassed a 10-game hitting streak from Sept. 2-12 and hit .500 over that span. He also hit his first career grand slam against the Oakland A’s on Sept. 23 and drove in all five runs in a 5-4 extra-inning win against the Marlins four days later.

It’s an impressive stat line, but what’s more impressive is that it came after one of the worst months the third baseman has had in years. He hit just .176 in August, leading to questions about whether or not the Mets should keep playing him in the middle of a pennant race.

But Escobar effectively turned it around and now the Mets can’t afford to sit him.

“It’s more than just the physical part of it,” Showalter said. “He got to a good place mentally and emotionally. I do know he did some things mechanically that kind of helped him. Something kind of clicked. As far as what comes first, the chicken or the egg, it seems like sometimes guys aren’t swinging the bat well and then all of the sudden they get a swinging bunt, a broken bat flare somewhere. Two bad swings and then the ball looks like a watermelon coming in there.”

Fort Myers native Daniel Vogelbach has partnered with a Florida-based charity called Community Cooperative to help raise money for those impacted by Hurricane Ian. While his house and the house of his parents survived last week’s storm with minimal damage, many of his friends were not so lucky.

Fans can buy NFTs or donate directly through his website, VogelbachCares.org. The proceeds go to Community Cooperative, which is currently aiding residents with food and housing since the Category 4 storm decimated the city.