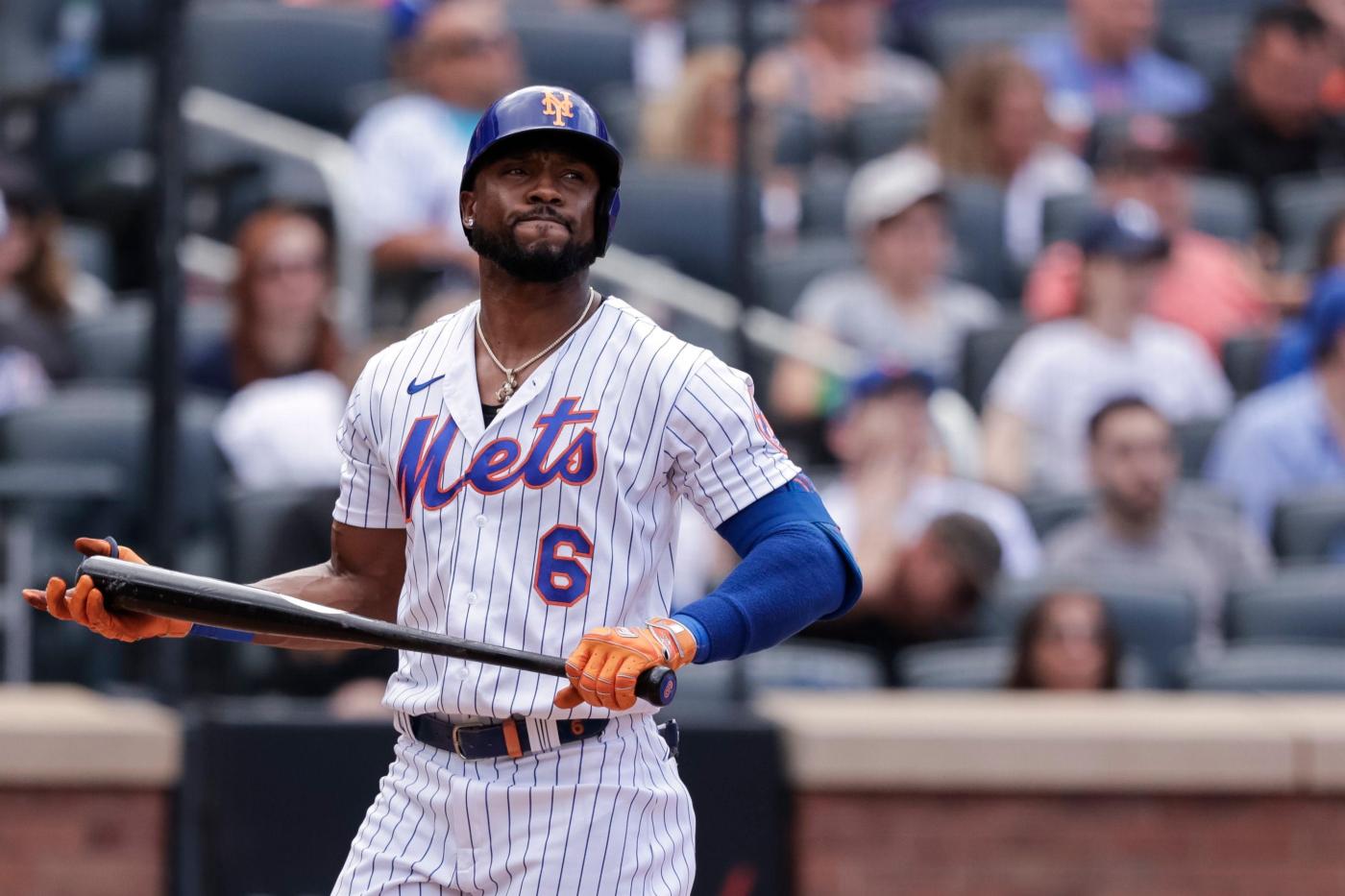 The hope for injured Mets outfielder Starling Marte was that he would be available for the upcoming series in Atlanta against the Braves. But his timeline still remains unclear and manager Buck Showalter said his return is “not imminent.”

Marte was placed on the 10-day injured list Sept. 10 (retroactive to Sept. 7) with a fracture in his right middle finger after he was hit by a pitch in a game against the Pittsburgh Pirates. Initially, the Mets called it a day-to-day injury, but he has been unable to participate in baseball activities since the injury occurred. Marte currently can’t grip a bat or a ball and his finger is currently immobilized in a splint. He also recently received an injection, but the recovery has not progressed at a rate as quickly as initially anticipated.

At this point, Showalter does not have a timeline for a return.

“I wish I did,” Showalter said Wednesday at Citi Field before the club’s final game against the Miami Marlins. “There’s nothing we can do at this point. He’s still in pain and discomfort. I know it’s really frustrating for him.”

Marte has been a key piece of the Mets’ lineup all season. The all-star slashed .292/.347/.468 with an .814 OPS and 16 home runs. The primary right fielder saved the Mets three runs this season, showcasing excellent defense and positional flexibility after playing much of his career in center field.

Mark Vientos took his roster spot but has struggled in limited action. Tyler Naquin has been manning right field and has done well defensively but doesn’t offer the bat or the baserunning.

“If we get to the point when Starling can play, he’ll be good,” Showalter said. “But he just needs to get to a point where he can grip a ball and grip a bat. He’s not there yet.”

The Mets and Braves are neck-and-neck and playing similar schedules this week. The two-game series against the Marlins coincided with two of Atlanta’s games against the Washington Nationals. With so much riding on these series against the cellar-dwellers of the NL East, it’s easy to get caught up on scoreboard watching. The Mets are trying not to do that during their own games, but considering this current squad features many first-time postseason players, it can be difficult to ignore what the Braves are doing down in Washington.

Naturally there is some pressure. But Pete Alonso, true to form, is relishing that pressure.

“This is fun. This is really, really fun being in a race like this,” he said. “Every day is a chance to be great.”

There are no plans to relocate the series against the Braves because of Hurricane Ian this weekend away from Truist Field to a neutral site location, but there is an ongoing discussion about the timing of the three games. The worst of the storm, which has grown from an expected category 3 to a 4 or 5, is likely to hit Saturday. To avoid the worst part of the storm, Friday could feature a day game while Sunday would likely be a split-doubleheader. However, no decision had been made as of Wednesday afternoon.

Citi Field has a featured menu for the team’s first playoff appearance since 2016. Fans will be able to choose from concession items from Shake Shack, Alonso’s Arctic Grill, Metro Fry Factory, Hot Pastrami on Rye and Amazin’ Chicken Co. There will also be specialty food, cocktails and desserts in the suites.