Todays Though > News > Stars of the Week – Boston Herald
News

Stars of the Week – Boston Herald 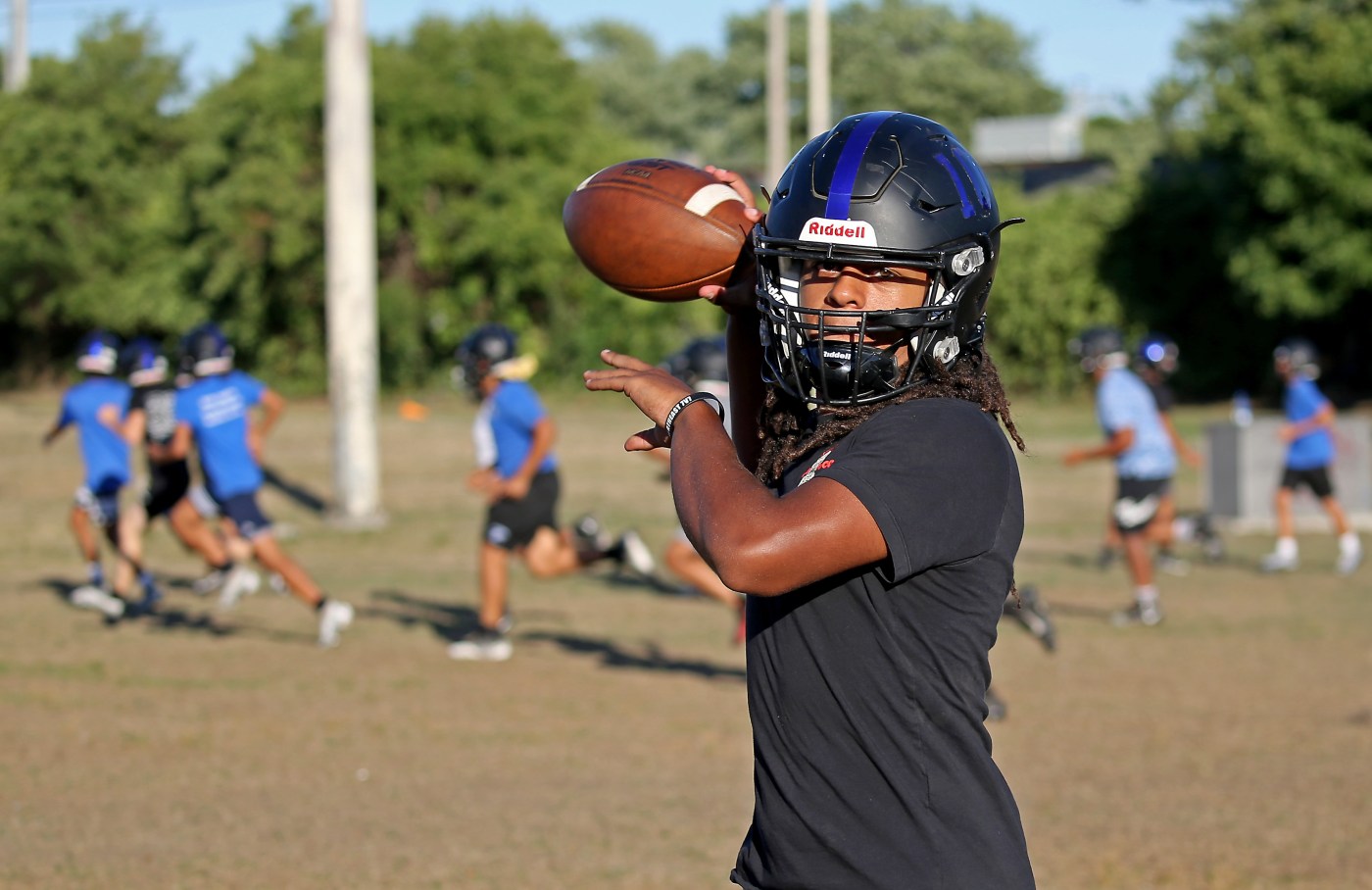 *Lincoln Beal ran for over 100 yards, with 4 TDs, two catches for 42 yards, and nine tackles on defense for Andover in a 41-34 win over Methuen.

*Caetano Drinkwater caught a pair of touchdown passes, picked off a pass and recovered a fumble as Brookline defeated Southeastern, 40-31.

*Tyren Hoeun ran for 183 yards and a touchdown as Lynn Classical beat Malden, 22-6.

*Jake Cullen completed 16-of-19 passes for 196 yards and three touchdowns, while adding an interception as Westford Academy defeated Newton South, 34-21.

*Evan Cornelius rushed for 113 yards and three touchdowns on 16 carries, while completing 13-of-17 passes for 140 yards as Milford handled North Attleboro, 33-15.

*James Murphy threw for 259 yards and four touchdowns as Reading held off Woburn, 38-37.

*Tajardo France rushed for 107 yards, caught a touchdown pass and returned an interception for another score as Barnstable defeated New Bedford, 20-6.

*Chad Silva returns to the page after rushing for 108 yards and a touchdown, while catching a pair of passes for 31 yards and two more scores as Oliver Ames defeated Canton, 19-7.

*Sebastian St. Pierre returned two kicks for touchdowns as Billerica defeated Tewksbury for the first time in a decade, 35-21.

*Ben Scalzi completed 8-of-13 passes for 165 yards and three touchdowns, while adding 24 rushing yards and a fourth score as Hanover handled Quincy, 42-12.

*Evan Casey rushed for 116 yards and a touchdown, while finishing with 12 tackles as Whitman-Hanson defeated Silver Lake, 28-7.

*Owen Gasinowski ran for 110 yards and two touchdowns, while catching six passes for 93 yards and two more scores in Danvers’ 47-0 win over Beverly.

*Stevens Exateur rushed for 153 yards and two scores on 16 carries as Medford snapped a nine-game losing streak with a 39-12 win over Somerville.

*Sidney Tildsley rushed for three scores, threw a touchdown pass, and returned a punt 72 yards for a touchdown as Shawsheen beat Greater Lowell, 36-0.

*Montavius Zollarcoffer finished with 135 all-purpose yards, a touchdown as well as an interception as O’Bryant earned its first win, 20-0, over East Boston.

*Robbie Peterson did on both sides of the ball, catching two touchdown passes, while picking off a pair of passes as Carver blanked Randolph, 21-0.

*Nick Sawyer rushed for four touchdowns as Lowell Catholic (5-0) earned a share of the Commonwealth Athletic Conference title with a 48-8 win over Georgetown.

*Juan Setalsingh completed 19-of-22 passes for 278 yards and three touchdowns, while adding a TD run and two interceptions as KIPP (2-3) defeated Manchester-Essex, 26-14.

*Johnny Grinion ran for 171 yards and a touchdown on 10 carries as Noble & Greenough rolled to a 45-8 win over Roxbury Latin.

Coaches are welcome to submit their player of the week nominations to [email protected] Deadline for submissions are Saturday evening.