Todays Though > News > Start of something big? Heat preseason could be laboratory for Erik Spoelstra upsized lineups – Boston Herald
News

Start of something big? Heat preseason could be laboratory for Erik Spoelstra upsized lineups – Boston Herald 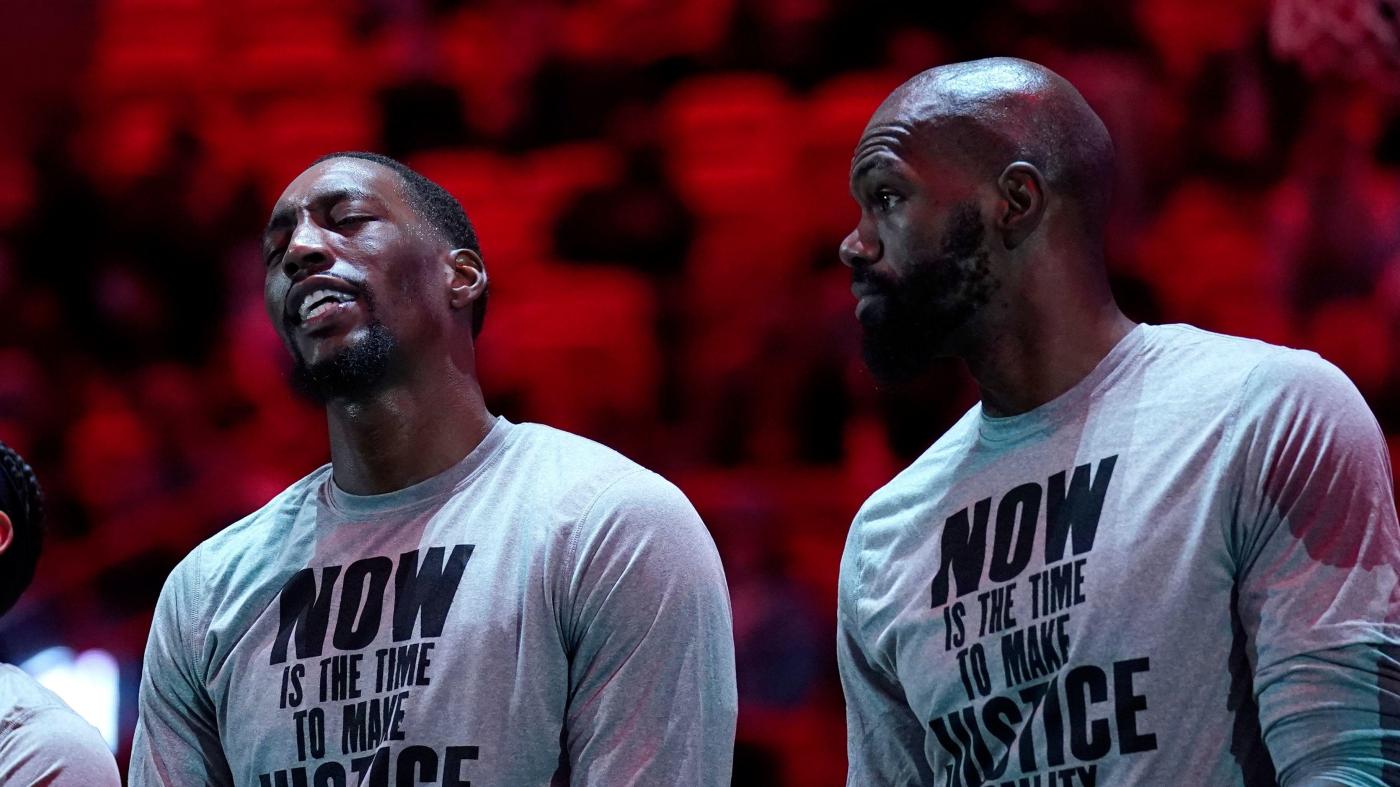 This could have been the moment for experimentation and perhaps the start of something big, with the Minnesota Timberwolves arriving to FTX Arena on Tuesday night for the Miami Heat’s exhibition opener.

There arguably is no better opponent in today’s NBA to test the possibilities and feasibility of going with dual big men than against what the Timberwolves will offer this season with Rudy Gobert and Karl-Anthony Towns.

Such direct evaluations, however, will have to wait, with Towns recovering from a non-COVID illness that kept him out of training camp.

With the Heat in the offseason bringing back veteran big man Dewayne Dedmon at twice last season’s salary, even with Bam Adebayo and Omer Yurtseven already in place, the Heat are positioned to roll out something along the line of dual centers, particularly without a true power forward on the roster.

“Playing with two bigs is something that definitely is in our wheelhouse,” coach Erik Spoelstra told the Sun Sentinel during training camp.

Which also has been the case since Adebayo was selected No. 14 out of Kentucky in 2017.

Which also is something that mostly simply has not happened with Adebayo.

Last season, Spoelstra utilized dual big men for a total of 33 minutes, not at all in the playoffs.

It is a pattern that began upon Adebayo’s arrival, when he played just 52 minutes alongside Hassan Whiteside during the 2017-18 regular season, none during the Heat’s five-game playoff run that postseason.

“I don’t know how we’ll address that during the regular season,” Spoelstra said, “but in training camp we do have to look at all of our different variants of our lineups. That’s what training camp is for, that’s what preseason is for.”

The Heat’s five-game preseason schedule well could go a long way toward determining whether there will be a next big thing for Spoelstra.

The constant in Spoelstra’s big lineups has been the presence of at least one 3-point-shooting big man.

For example, before Kelly Olynyk was dealt to the Houston Rockets at the March 2021 NBA trading deadline, he played 37 games and 630 minutes that season alongside Adebayo.

The season before, Adebayo played 1,365 combined minutes alongside either Olynyk or Meyers Leonard, another outside-shooting big man.

Ultimately, it could come down to whether any of the Heat’s big men can create the type of 3-point spacing provided by last season’s starting power forward P.J. Tucker, who left for the Philadelphia 76ers in free agency.

Yurtseven said he spent the offseason making at least 300 3-pointers a day, shooting them, he said, at an 80-percent clip.

Adebayo said he, too, converted that many 3-pointers during his workout days, “at about 70 percent.”

For his part, Dedmon shot a career-best .404 on 3-pointers last season on limited attempts with the Heat, after averaging more than one 3-point conversion a game during a two-season stint with the Atlanta Hawks.

“You saw me in Atlanta? I had two years where they had to respect the three,” Dedmon said. “I didn’t go away from it. I wasn’t getting the same opportunities. Came here, just tried to work my way into figuring out the offense before I started doing other things.

“Last year I saw my opportunities. I took ‘em when I could. That’s what I did this summer. I worked on consistency, making sure it falls more often.”

The issue with Adebayo is that if he becomes the floor-spacing big man, it would further take him away from the rim, in light of all the switching he does to the perimeter on defense.

“The way the game is going, you’re going to have to start shooting more threes,” Adebayo said. “It makes it more dynamic for your offense. I feel like big dudes need to shoot threes.”

“Spo’s a smart man,” Dedmon said. “Whatever he sees fit, he’s going to do. I love to play with Bam, but we’ll see what happens.”