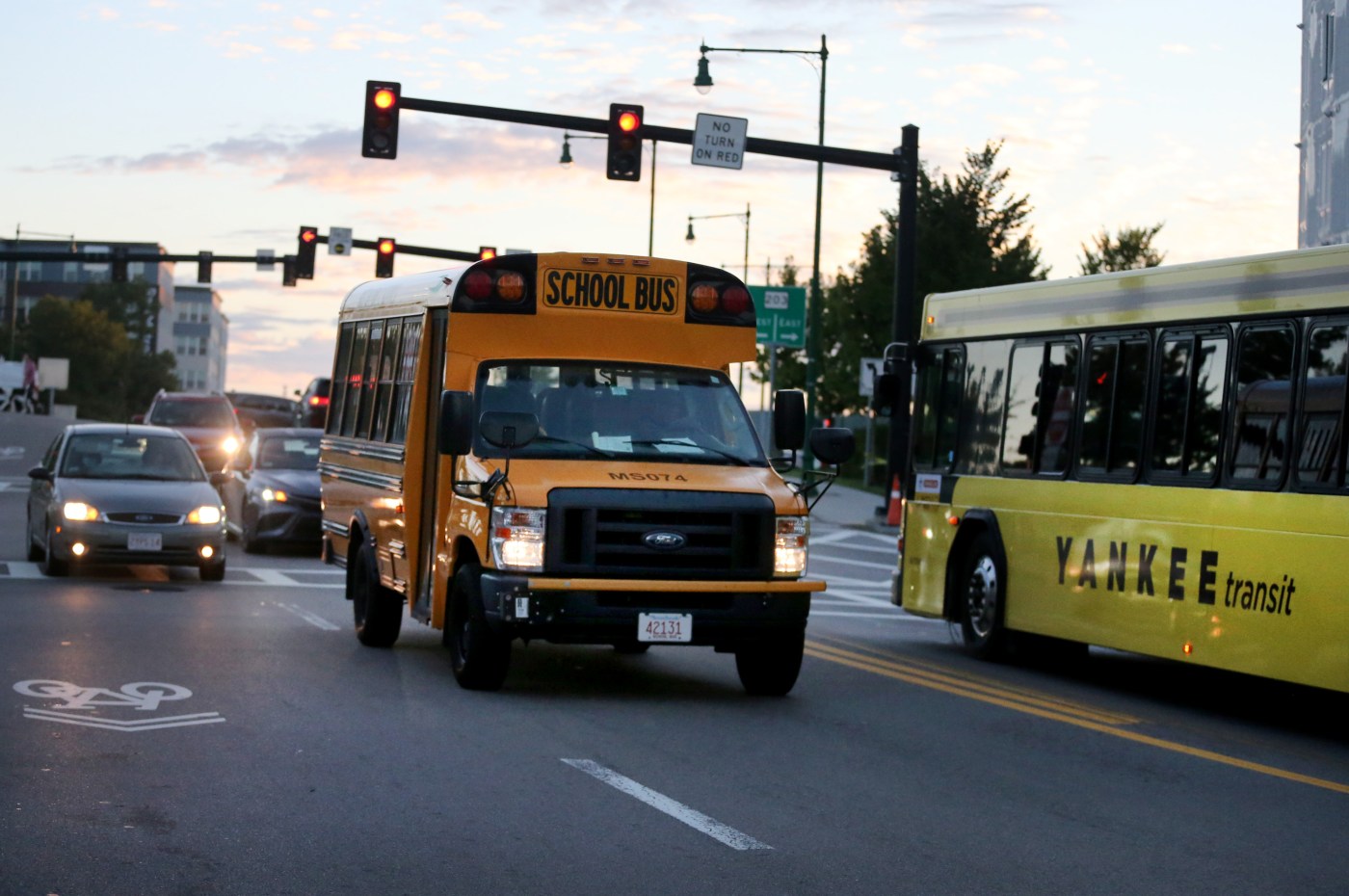 Halfway into the school year, Boston Public Schools had made some progress toward avoiding state receivership — but not quite enough.

“Despite the rhetoric at the beginning of the year from the district that they over-hired bus drivers and they were 100% confident they were ready, clearly that has not been the case at all,” said Education Commissioner Jeff Riley during remarks at Tuesday’s Board of Elementary and Secondary Education meeting.

Last spring, the state-mandated 95% of BPS buses consistently arrive within 15 minutes of the bell for the district to avoid a receivership, among other demands. BPS transportation has yet to meet the mark.

The state’s investigation into the matter is “ongoing,” said Riley, and they “hope to have adjudicated in the near future.”

In one incident in early December, an 11-year-old student with autism was dropped at the wrong BPS bus stop in East Boston and missing for hours, according to the child’s mother.

After only the incumbent contractor Transdev submitted a bid in November, the city’s public watchdog agency released a report alleging anti-competitive issues with the bidding process and requesting an Inspector General investigation.

“How do you go from over 30 (companies) interested to one bidder?” Hills questioned. “If this was something that didn’t matter at the end of the day, I wouldn’t bother asking. But this is fairly problematic transportation performance.”

The Inspector General’s office has not indicated whether they’ve opened an investigation.

Riley also noted continued issues with turnover and instability in district leadership — saying the acting English Language Director will be leaving her post in “short order” — and with bathroom renovations that are “frankly out of compliance” with state mandates.

However, the commissioner spoke highly of the district’s progress on literacy education and certain funding and gave Superintendent Mary Skipper a glowing review for her first several months in office — saying “all early indications are she’s going to be excellent.”

There will be a budget report on BPS at an education board meeting in January and an additional report on BPS data released in February.

“It feels like some of these balls are being dropped,” said Riley. “I just I hope they take this seriously and do the things they promised they would do for the children of Boston.”