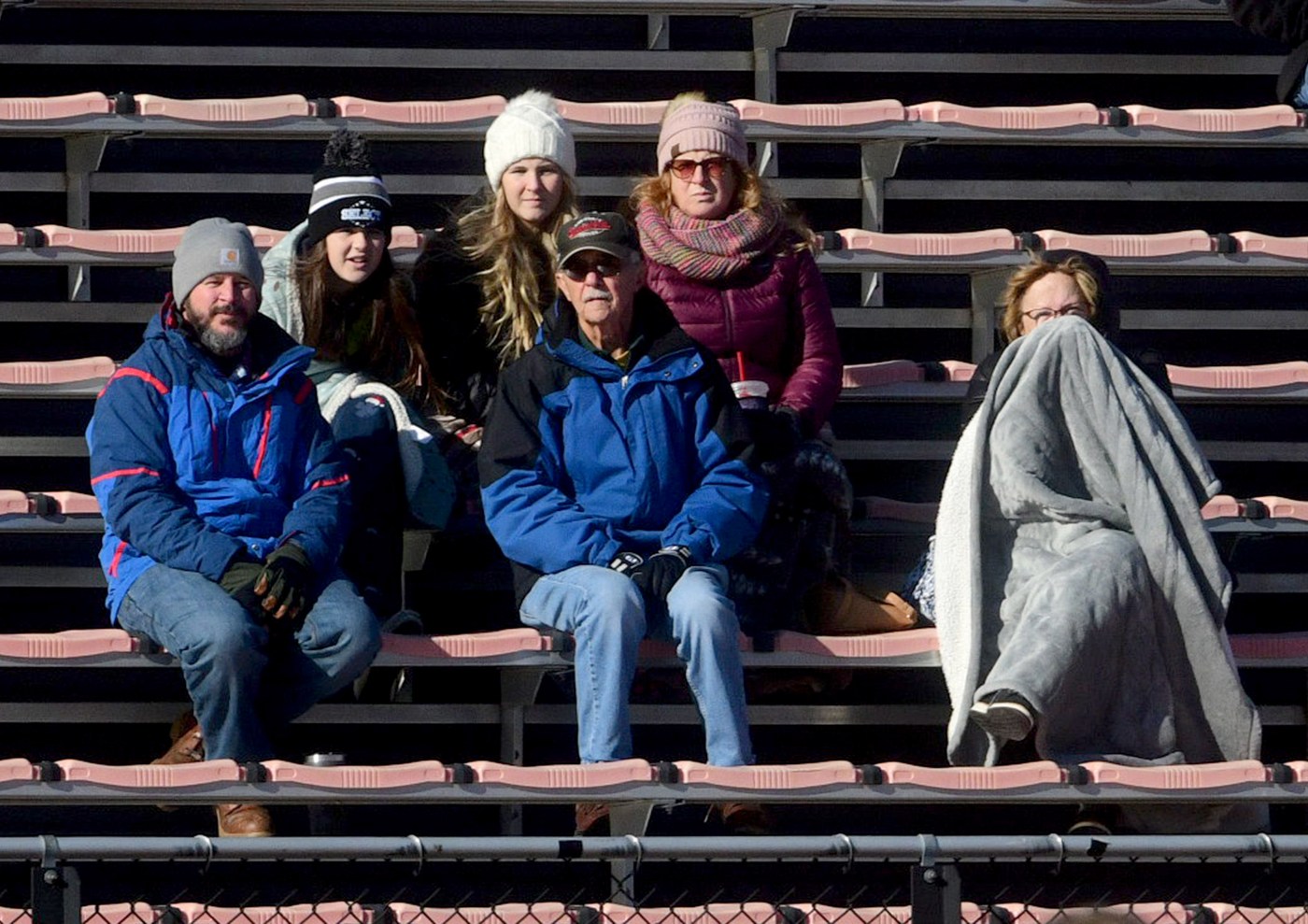 WOBURN — On a blustery, frigid Sunday morning, many of the state’s premier girls’ soccer players descended upon Woburn Memorial High School for a series of All-Star Games to cap what has been a memorable 2022 fall season.

“Today was a wonderful day to honor the top 120 female athletes in (Massachusetts) soccer,” said Eastern Massachusetts Girls Soccer Association President Greg Rowe. “They’re a great group of women that are going to do awesome things. We have kids committed to over 33 Division 1 colleges, and to see their talents on display today is always fun.”

Players selected were divided into four separate groups for two abbreviated contests with 30-minute halves. The initial game was a defensive battle throughout. With about 11 minutes left in regulation, Pentucket standout Sabrina Campbell ripped a shot off the crossbar and into the net, sealing a 1-0 victory for Team Pink over Team White.

During a ceremony between games, the EMGSCA handed out its annual awards. Three All-Americans were honored, including Bishop Feehan’s Sydney Kofton, Hingham senior Sophie Reale, and Maya Mathis of Acton-Boxboro.

A UConn recruit, Mathis was humbled in the moment.

“You always hear those names pop up,” said Mathis. “I think when it’s one of three, and you hear your name announced with those girls that you’ve always heard about, I think it’s definitely rewarding, but also kind of nerve-wracking. It’s a little bit unreal to say.”

Reale was also selected as the Div. 1 Player of the Year during the ceremonies, while Lindsay Wilson of Notre Dame (Hingham) received the award for Div. 2. Newburyport’s Deirdre McElhinney won the honor in Div. 3, with Tess Barrett (Cohasset) earning the title for Div. 4. Georgetown star Mary Surette was the winner in Div. 5.

After leading Team Pink to a victory in the opener, Newburyport’s Kevin Sheridan was named Div. 3 Coach of the Year.

The matinee game followed a contrasting script. Newton South’s Maddy Genser snapped a scoreless tie 15 minutes in, as she fired a shot off the keeper’s fingertips and into the upper corner of the net to give Team Pink a 1-0 lead.

After being held silent until the game’s final stages however, Olivia Avellar of Nauset, Anya Zub of Franklin, and Central Catholic’s Lucy Irwin netted three consecutive goals in a flurry, rallying Team White to a 3-1 victory.

Being named the Div. 2 Coach of the Year was already a prominent accomplishment for Stoughton’s Jon Grant. Leading Team White to a victory in the afternoon was a bonus.

Proceeds from the events went to benefit Making Strides Against Breast Cancer. In partnership with the American Cancer Society, PUMA USA, Forekicks, WeGotSoccer and a few other organizations, the EMGSCA had generated $2,600 as of Sunday for the cause.