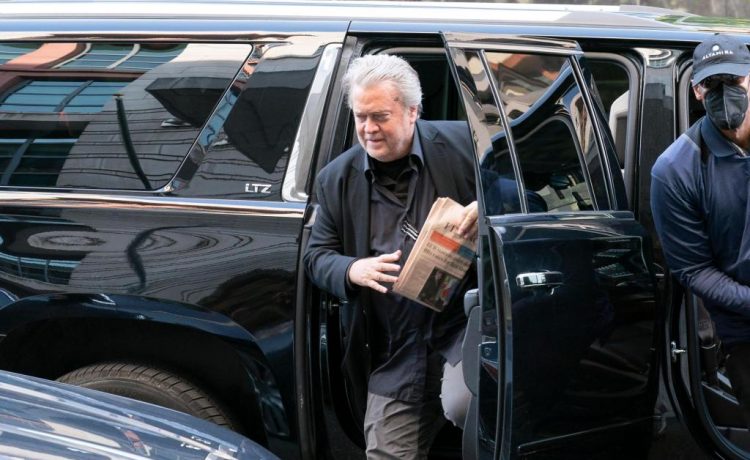 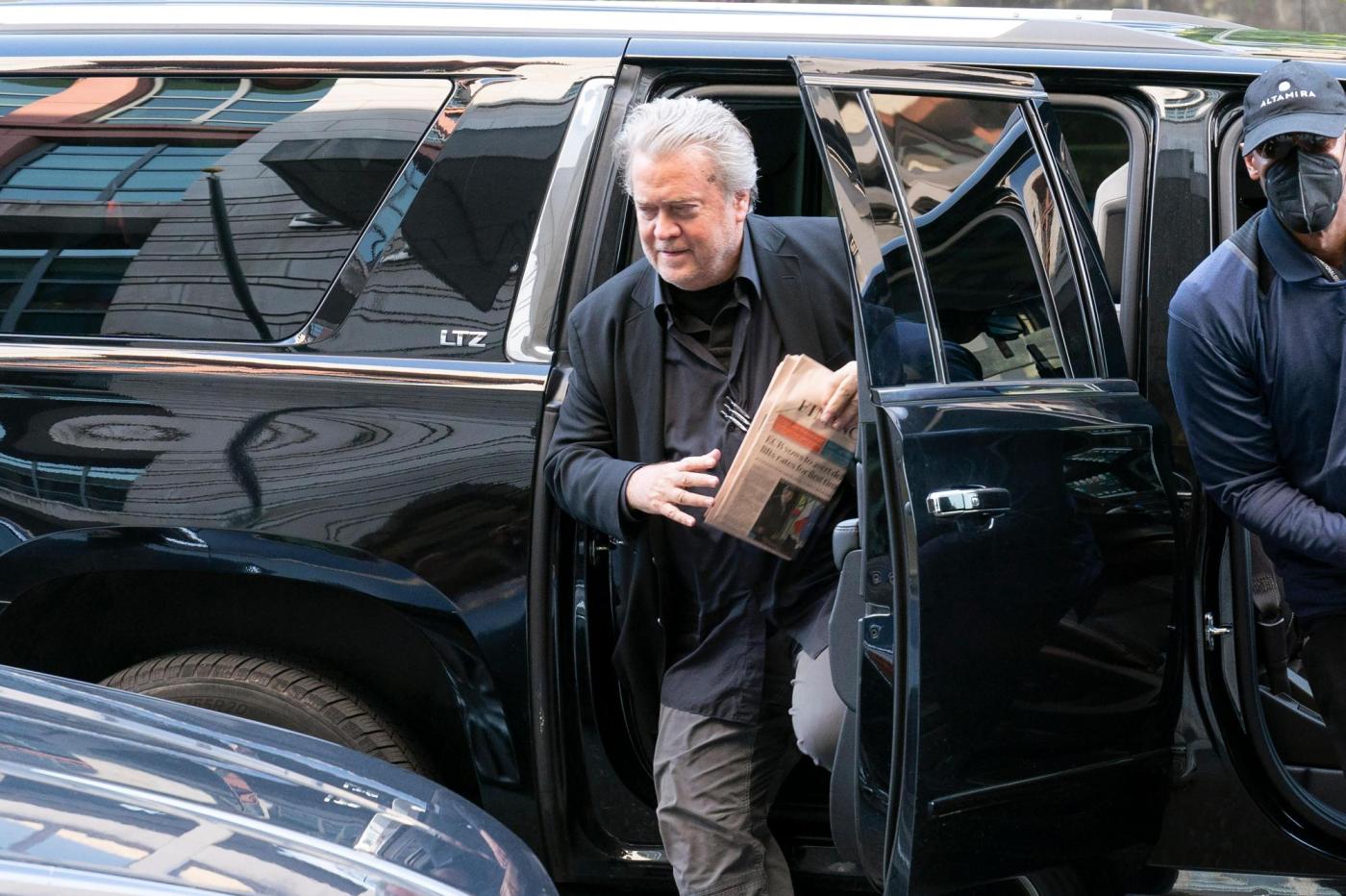 WASHINGTON (AP) — Steve Bannon, a longtime ally of former President Donald Trump, was convicted on Friday of contempt charges for defying a congressional subpoena from the House committee investigating the Jan. 6 insurrection at the U.S. Capitol.

Bannon, 68, was convicted after a four-day trial in federal court on two counts: one for refusing to appear for a deposition and the other for refusing to provide documents in response to the committee’s subpoena. The jury of 8 men and 4 women deliberated just under three hours.

He faces up to two years in federal prison when he’s sentenced on Oct. 21. Each count carries a minimum sentence of 30 days in jail.

David Schoen, one of Bannon’s lawyers said outside the courthouse the verdict would not stand. “This is round one,” Schoen said. “You will see this case reversed on appeal.”

Likewise, Bannon himself said, “We may have lost the battle here today; we’re not going to lose this war.”

He thanked the jurors for their service and said he had only one disappointment — “and that is the gutless members of that show trial committee, the J-6 committee didn’t have the guts to come down here and testify.”

Prosecutors were just as firm on the other side of the verdict.

“The subpoena to Stephen Bannon was not an invitation that could be rejected or ignored,” Matthew Graves, the U.S. attorney in Washington, said in a statement. “Mr. Bannon had an obligation to appear before the House Select Committee to give testimony and provide documents. His refusal to do so was deliberate, and now a jury has found that he must pay the consequences.”

The committee sought Bannon’s testimony over his involvement in Trump’s efforts to overturn the 2020 presidential election. Bannon had initially argued that his testimony was protected by Trump’s claim of executive privilege. But the House panel and the Justice Department contend such a claim is dubious because Trump had fired Bannon from the White House in 2017 and Bannon was thus a private citizen when he was consulting with the then-president in the run-up to the riot on Jan. 6, 2021.

Bannon’s lawyers tried to argue during the trial that he didn’t refuse to cooperate and that the dates “were in flux.” They pointed to the fact that Bannon had reversed course shortly before the trial kicked off — after Trump waived his objection — and had offered to testify before the committee.

In closing arguments Friday morning, both sides re-emphasized their primary positions from the trial. The prosecution maintained that Bannon willfully ignored clear and explicit deadlines, and the defense claimed Bannon believed those deadlines were flexible and subject to negotiation.

Bannon was served with a subpoena on Sept. 23 last year ordering him to provide requested documents to the committee by Oct. 7 and appear in person by Oct. 14. Bannon was indicted in November on two counts of criminal contempt of Congress, a month after the Justice Department received the House panel’s referral.

Bannon’s attorney Evan Corcoran told jurors Friday in his closing arguments that those deadlines were mere “placeholders” while lawyers on each side negotiated terms.

Corcoran said the committee “rushed to judgment” because it “wanted to make an example of Steve Bannon.”

Corcoran also hinted that the government’s main witness, Jan. 6 committee chief counsel Kristin Amerling, was personally biased. Amerling admitted on the stand that she is a lifelong Democrat and has been friends with one of the prosecutors for years. Corcoran also vaguely hinted that the signature of Jan. 6 committee chairman Rep. Bennie Thompson (D-Miss) looked different on the subpoena than on other letters but dropped that topic when the prosecution objected.

Prosecutors focused on the series of letters exchanged between the Jan. 6 committee and Bannon’s lawyers. The correspondence shows Thompson immediately dismissing Bannon’s claim that he was exempted by Trump’s claim of executive privilege and explicitly threatening Bannon with criminal prosecution.

“The defense wants to make this hard, difficult and confusing,” said Assistant U.S. Attorney Amanda Vaughn in her closing statement. “This is not difficult. This is not hard. There were only two witnesses because it’s as simple as it seems.”

The defense Thursday motioned for an acquittal, saying the prosecution had not proved it’s case. In making his motion for acquittal before U.S. District Judge Carl Nichols, Bannon attorney Corcoran said that “no reasonable juror could conclude that Mr. Bannon refused to comply.”

Once the motion was made the defense rested its case without putting on any witnesses, telling Nichols that Bannon saw no point in testifying since the judge’s previous rulings had gutted his planned avenues of defense. Among other things, Bannon’s team was barred from calling as witnesses House Speaker Nancy Pelosi or members of the House panel.

Follow AP’s coverage of the Jan. 6 committee hearings at https://apnews.com/hub/capitol-siege