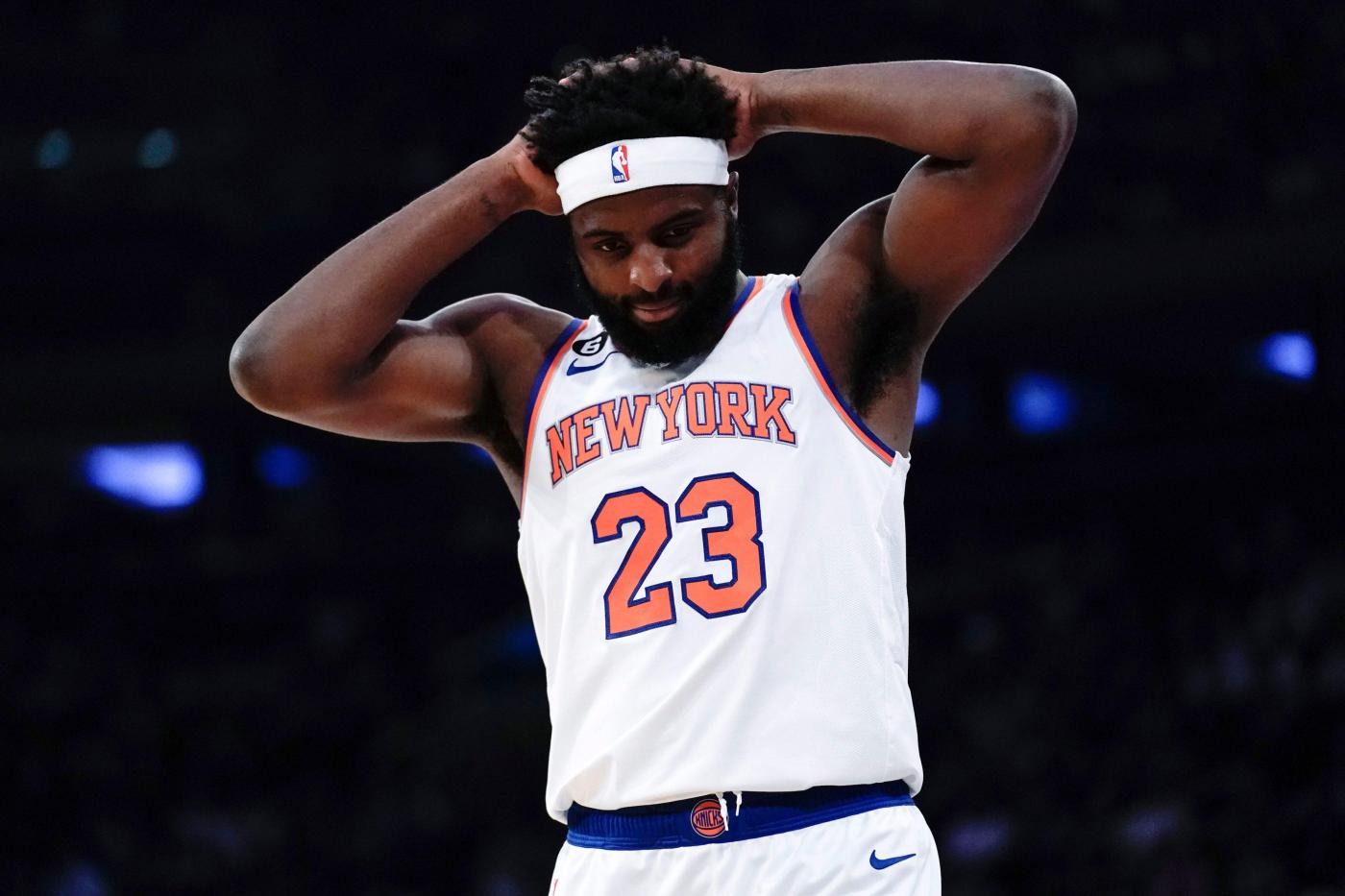 During Robinson’s impressive preseason, Knicks coach Tom Thibodeau declared his center as the best at cleaning up the offensive glass. Adams, the Grizzlies center who was the only player to grab more offensive rebounds than Robinson last season, said Wednesday he agreed with Thibodeau’s assessment.

Not that Adams is very interested in that title.

“I’d rather not get as many offensive rebounds because that means we make shots,” Adams said. “So f—k, who cares, mate? Get some rebounds, who cares, as long as you get the bloody win, mate.”

Although the Grizzlies swept their two-game series last season against the Knicks, Robinson dominated his matchup with Adams while averaging six blocks and 7.5 offensive boards. He would’ve had a triple-double in their second game with two more blocks.

“I’ve seen Steven Adams, how he does it,” Robinson said. “He kind of goes from the baseline, works his way in. He is strong, so that’s kind of one takeaway I got from him. Other guys use their quickness. Nine times out of 10, they get to the spot where the ball is going. It really is getting in the right position, owning your space.”

In today’s NBA, few players make big money out of exclusively operating in the paint. Adams, who has earned roughly $150 million in his career, and Robinson, who just signed a $60 million contract, are two of the best. Other examples are Cleveland’s Jarrett Allen and Atlanta’s Clint Capela.