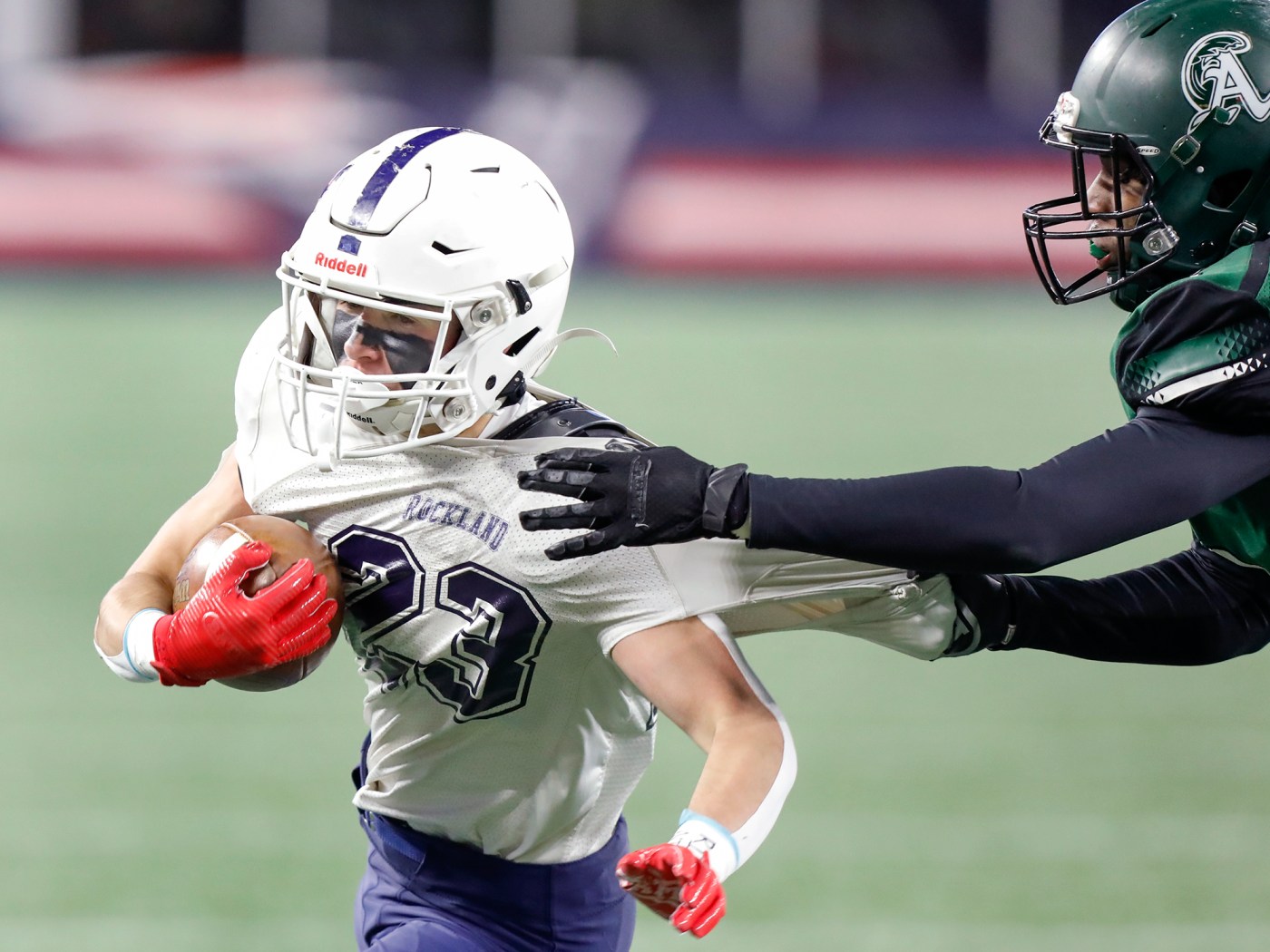 The South Shore League had a monopoly of sorts when it came to winning state football champions.

Three schools from the SSL were the last team standing in their division at the end of the season, including Rockland in Div. 6. The Bulldogs aren’t going to be resting on their laurels with wide receiver Lucas Leander, running back Jacob Coulstring and lineman Leary Costa back in the fold. Fellow SSL finalist Abington can always be expected to be in the mix.

Stoneham is one of the better-coached teams around and Bob Almeida will get everything out of his team. All-Scholastic David Brown leads a group of returning veterans at St. Mary’s, while Weston is a prime candidate to be a sleeper team with five all-Dual County League Small returnees.

North Reading made it to the Div. 5 Super Bowl before bowing to Swampscott by a touchdown. The good news if you are a fan of the Hornets is that many of those same players who competed in the title game are back, putting them squarely in the title chase.

The Big Blue will be looking for big things from wide receiver Elijah Burns and defensive back Jason Codispoti, both of whom were Northeastern Conference All-Stars a year ago.

Keep an eye on Old Rochester, a team capable of winning it all. The Bulldogs have quarterback Noah Sommers, and running backs Jackson Martin and Harrison Hughes, back for another year. If that wasn’t enough, Walter Rosher, who averaged nearly 200 rushing yards a game before suffering a season-ending injury, is also back.