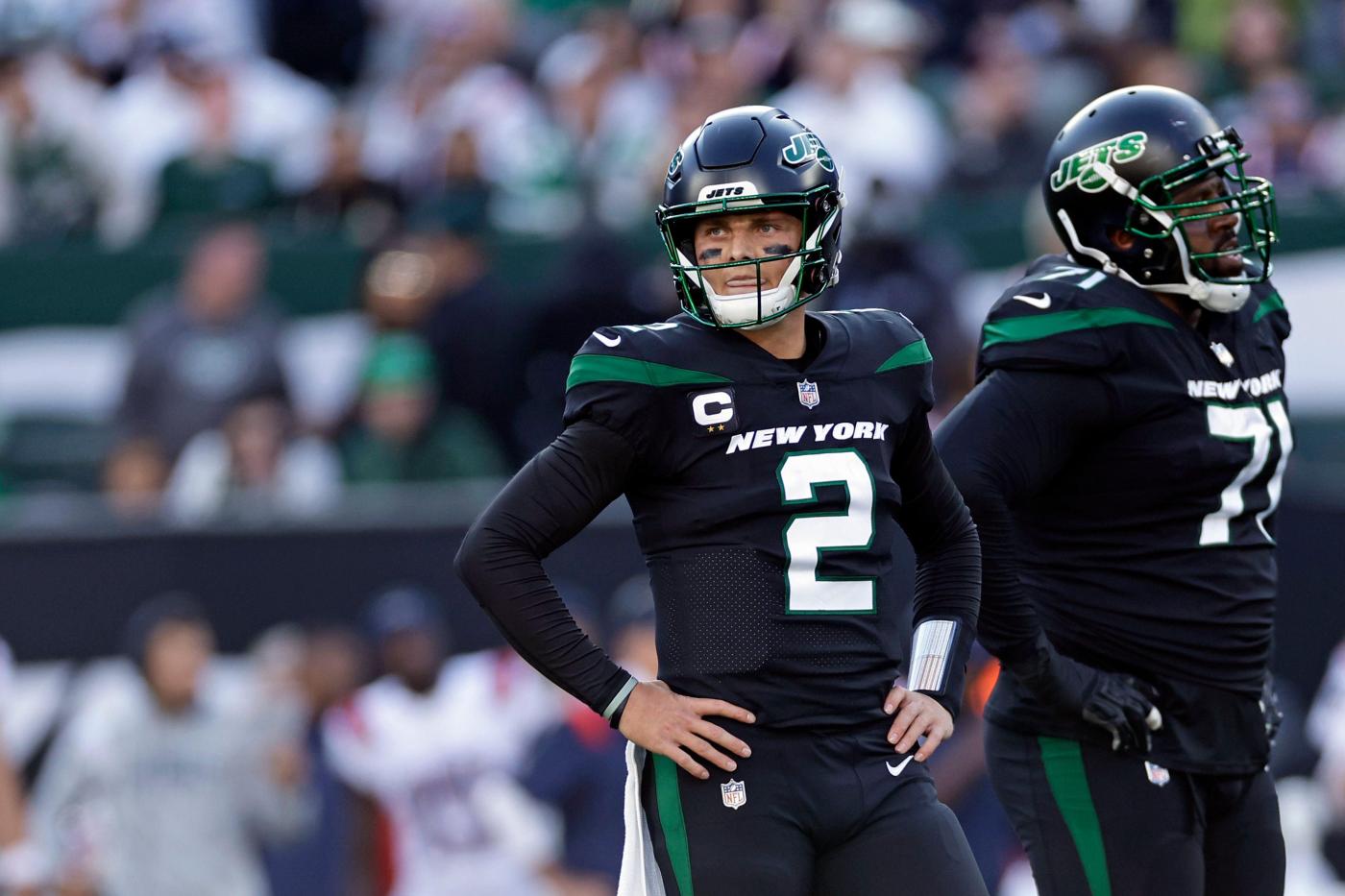 HANK’S HONEYS: The inflated line is a concern. The Bills put it in cruise control last week and allowed the Packers a back door cover. But will they take their foot off the gas again? This is only Buffalo’s second divisional game. The Bills lost their first one in Miami and there is no way Buffalo is going to look past an AFC East opponent with the Jets’ record. With the dynamic Breece Hall sidelined and Zach Wilson struggling, the Jets simply don’t have the offensive firepower to keep up with Josh Allen and the boys. The Bills should shut down the Jets’ running game as the Patriots did last week and Wilson’s INT problems could feed into even more Buffalo points.

IF I WERE A BETTING MAN: Bills and the over.

HANK’S HONEYS: Green Bay really needs this game to retain any playoff hopes and the flailing Lions present a golden opportunity. The Packers showed a few signs of life in the second half against the powerful Bills last week, particularly with a running game that has been ignored too often this year. That should continue against a dreadful Lions D and allow the totally disappointing Aaron Rodgers to finally get untracked. The game also presents an opportunity for disappointing Green Bay defense to start playing to its talent level. The Lions officially gave up on the season by trading standout tight end T.J. Hockenson to the rival Vikings, a move that can’t do much for morale.

IF I WERE A BETTING MAN: Packers and the over.

HANK’S HONEYS: These are two teams that seemingly find ways to lose every week after raising hope for their fan bases coming into the year. But there is reason to back the home dog. The offenses are evenly matched but Jacksonville’s defense has played much better this season and we expect a so-far inconsistent Trevor Lawrence to be in somewhat of a comfort zone here. The Raiders have the statistical worst pass rush in the league and are near the bottom in opponents’ yards per pass attempt, completion percentage, third down conversion rate and red zone TD ratio. Look for Evan Engram to have a big game against a defense that can’t cover tight ends.

IF I WERE A BETTING MAN: Jaguars and the over.

HANK’S HONEYS: After another blowout loss to their nemesis Browns, the Bengals will look to rebound at home against an inferior opponent. The Panthers have been playing hard for interim coach Steve Wilks, particularly on defense. But they are still having problems getting to the QB and that is the one way you can beat Joe Burrow and the Bengals. Carolina’s poor third-down conversion rate guarantees that the Bengals’ offense will get plenty of opportunities with the ball.

HANK’S HONEYS: The Vikings may not be as good as their record suggests but they are plenty better than the Commanders. T.J. Hockenson is a big addition to an offense that was already diverse and stocked with weapons and will only add to their success in the red zone. Washington has profited from the gritty play of Taylor Heinicke but the magic can’t continue for long. The three straight wins have come against the Bears, the struggling Packers and the Colts in Sam Ehlinger’s first start. This is a step up.

HANK’S HONEYS: The Seahawks have been on a run behind an improving defense (15 ppg over last three) that stymied the Cardinals three weeks ago. DeAndre Hopkins’ return since has helped the Arizona offense but the Cardinals remain too sporadic on both sides of the ball. Geno Smith’s resurgence is one of the stories of the season and Kenneth Walker is emerging as a top running back. After being run over by the Vikings for 173 rushing yards, we don’t trust the Cardinals defense to stop both. Bottom line: the Seahawks are playing winning football and the Cardinals aren’t.

IF I WERE A BETTING MAN: Seahawks and the over.

HANK’S HONEYS: Keep an eye on Ryan Tannehill’s injury status of course. But the Titans have the recipe to get under this double-digit spread because of their dedication to a Derrick Henry-led running game that will shorten the clock and keep Patrick Mahomes off the field. Their secondary is a concern against K.C.’s downfield passing game but they can also create some four-man pressure that will allow them to drop more people into coverage. Once the Chiefs get going as they did their last time out, the point spreads tend to balloon but Tennessee is allowing just 19.7 ppg with the Chiefs at 24.6 and on that basis alone, this number is just too high.

IF I WERE A BETTING MAN: Titans and the under.

HANK’S HONEYS: In spite of their blowout loss in Dallas, the Bears are getting better on offense behind the improved play of Justin Fields. Miami’s defense is ranked No. 26 against the pass and has struggled to keep up with mobile QBs like Fields, having allowed 166 combined yards to Josh Allen and Lamar Jackson. The Bears are now the No. 1 rushing offense in the league and can keep Tua Tagovailoa and his playmakers off the slower grass playing surface of Soldier Field.

IF I WERE A BETTING MAN: Bears and the under.

HANK’S HONEYS: This one shapes as a real grinder and while Bill Belichick’s Patriots always earn the matchup advantage against inexperienced quarterbacks like Sam Ehlinger, the Colts are good enough on defense to keep things close. They have allowed more than 20 points only three times in eight games and have good numbers against the pass, meaning that Mac Jones (three TDs, seven INTs) could struggle here. The firing of offensive coordinator Marcus Brady (even though Frank Reich called the plays) could serve as a wakeup call to Indy’s turnover-prone offense. At least Ehlinger took better care of the ball last week. The Pats should win here but in a close one.

IF I WERE A BETTING MAN: Colts and the under.

HANK’S HONEYS: Yeesh. Take your pick of which team has been more of a disappointment. Tom Brady is showing his age as well as his temper while the Rams are a bottom five unit on offense. Their offensive line is endangering Matthew Stafford’s health and now they’ll face a Tampa Bay pass rush that is getting to the quarterback on 8.5% of dropbacks, the third-best rate in the league. Stafford has to hope that Cooper Kupp’s ankle won’t be an issue or his security blanket will be gone. The Bucs defense has issues against the run but that’s less of a factor here. In a game between two pass-happy teams, the Bucs rank fourth and the Rams 25th in yards per pass attempt.

HANK’S HONEYS: It’s a game of strengths versus weaknesses. Justin Herbert will be up against the 31st-ranked pass defense (and second-worst pass rush) in the league while the Falcons’ fourth-best running game faces a Charger D that doesn’t even look like it’s interested in stopping the run, allowing a league-worst 5.7 ypc. Atlanta might get Cordarelle Patterson back this week while the loss of WR Mike Williams continues to hurt the Chargers. The Bolts are 3-0 ATS on the road and the Falcons, after starting out the year unbeaten against the spread, have failed to cover their last two.

CAN’T HELP YOURSELF? Falcons and the under.