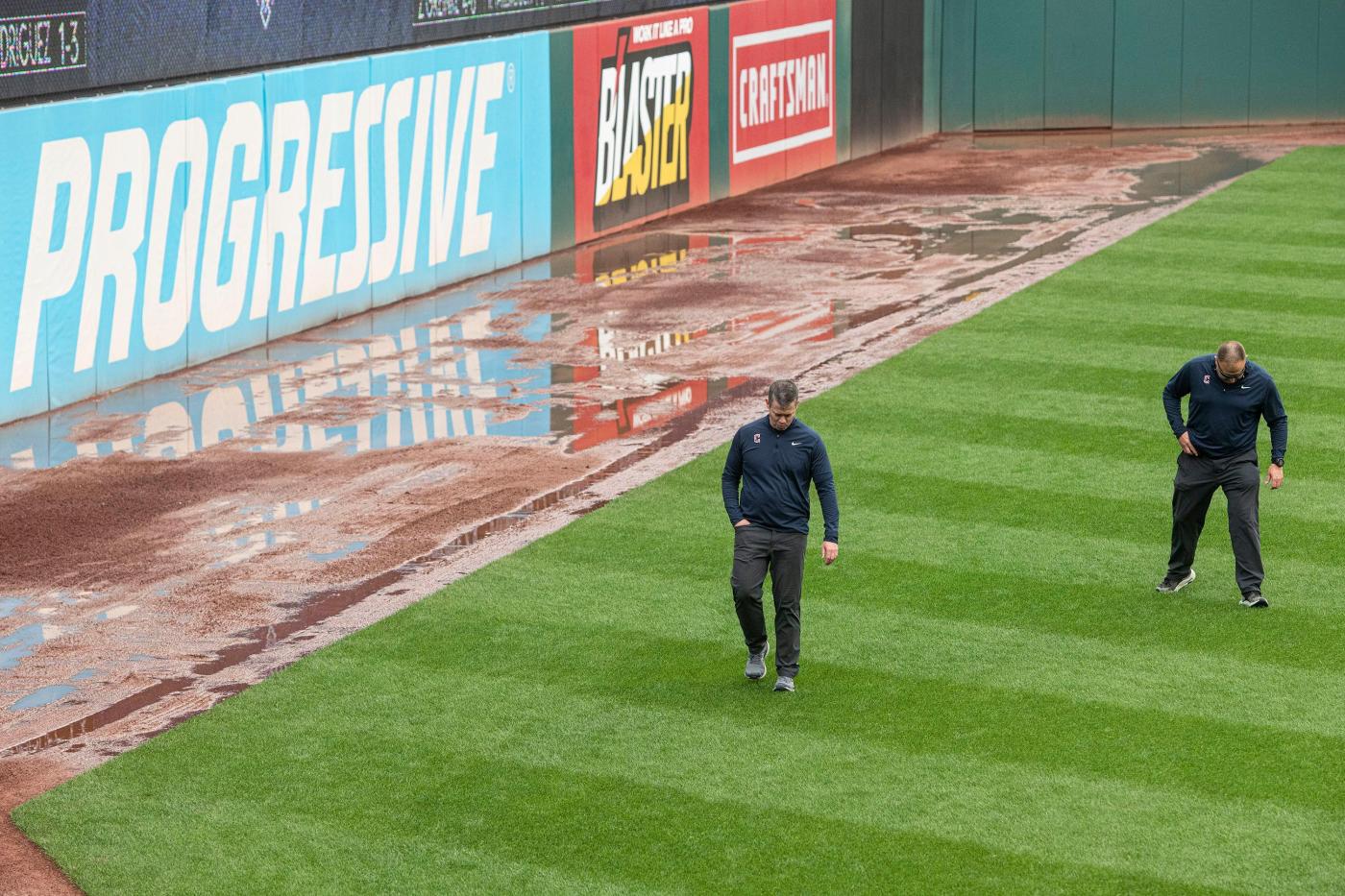 Sunday’s series finale between the Chicago White Sox and Cleveland Guardians was postponed because of unplayable field conditions at Progressive Field, the Guardians announced.

It rained for portions of the morning in the area. A rescheduled date was not immediately announced.

The third-place Sox are 2½ games behind the first-place Guardians in the American League Central.

The Sox travel to Kansas City, Mo., for one game against the Royals on Monday at Kauffman Stadium, then go to Baltimore for a three-game series against the Orioles beginning Tuesday.

Michael Kopech is slated to start for the Sox on Monday. Dylan Cease, who was scheduled for Sunday, will start Tuesday in Baltimore. Lucas Giolito and Lance Lynn are the probable Sox pitchers for Wednesday and Thursday.