Superb storytelling by Kate Atkinson in ‘Shrines of Gaiety’ 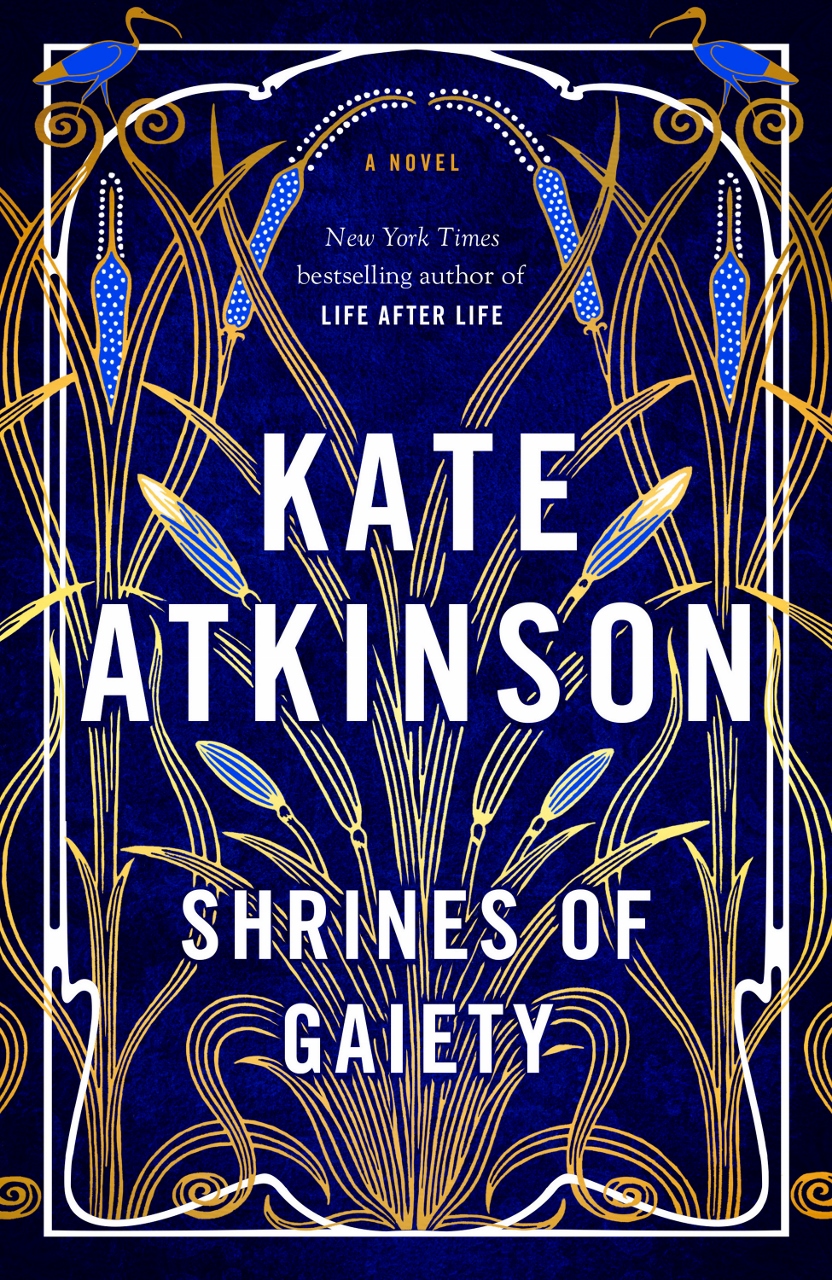 Wonderfully balanced between the literary bravura of novels like “Life After Life” and the more mundane but ample pleasures of her Jackson Brodie mysteries, Kate Atkinson’s “Shrines of Gaiety” puts a cast of irresistible characters into an intriguingly convoluted plot set in post-World War I London, wafts a Shakespearean air of antic enchantment over the proceedings, and keeps you guessing till the end — even as something tells you everything will be all right. Mostly.

Nellie Coker — apparently modeled on Kate Meyrick, for many years the “queen of Soho’s clubland” — is the operator of a series of nightclubs where London’s underworld and glitterati mingle, and the fierce matriarch of a large brood who are variously involved in her often nefarious enterprises.

Chief Inspector John Frobisher is the “new broom” brought in from Scotland Yard to clean up the criminal underpinnings of Ma Coker’s business, his job — to say nothing of the story — wildly complicated by all the underhanded dealings of his underlings.

Miss Gwendolyn Kelling, an erstwhile librarian from Yorkshire who served as a nurse in the war and whose mother lost the family’s fortune and then died, has come to London to find the runaway 14-year-old daughter of a friend — a search that brings her into contact with Inspector Frobisher, who is inspired to employ her as a spy in Nellie Coker’s orbit.

And Freda, that runaway 14-year-old, after a taste of theater in the provinces and a nasty advance by her mother’s “fancy-man,” has come to London, trailing her “slow” friend Florence (also being sought by Miss Kelling), to make her fortune on the stage.

The story is such a complex web of underhanded plotting and double-dealing that occasionally it’s hard to tell who’s out to get whom and what the game is, though this only makes it all that much more fun. The spell of “A Midsummer Night’s Dream” that hovers over the drama (It’s Miss Kelling’s favorite play, and it’s being performed seemingly impromptu in Oxford when she and Inspector Frobisher visit, among other references — there’s even a donkey!) is somehow reassuring. And through it all, game Gwendolyn’s “quiet magnificence” (per Inspector Frobisher) is a steadying influence, while plucky Freda animates an otherwise grim roll call of lost, mistreated and cast-off girls, whose bodies keep being fished out of the Thames.

This is storytelling at its best — entertaining, moving, surprising — as true to the busy, Dickensian tradition as it is to the exigencies of our day.