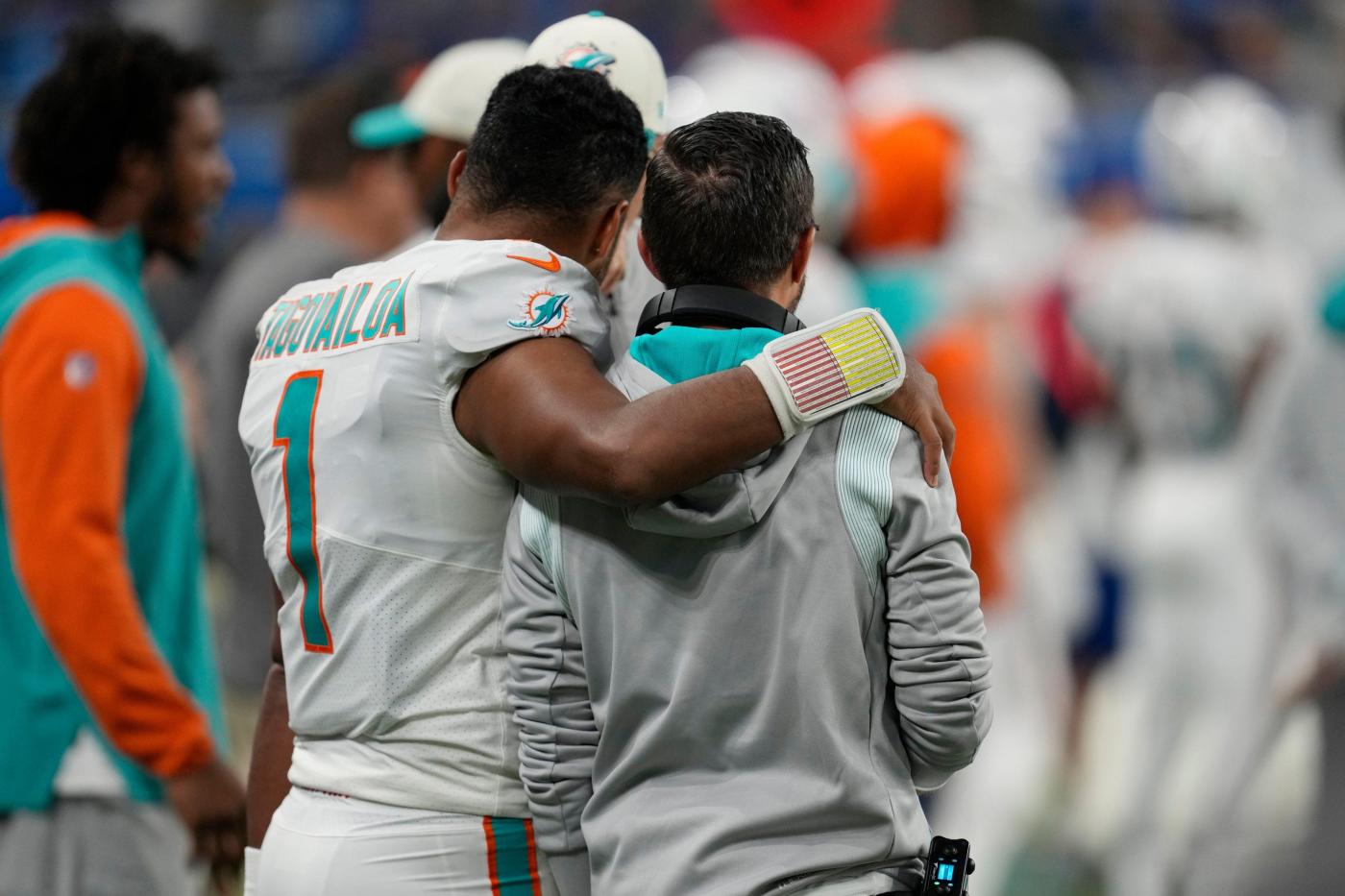 It’s basically the halfway point of the season and if the Dolphins (5-3) repeat what they did in the first half, they’ll win 10 or 11 games and, most likely, end their five-year playoff drought.

With this being a 17-game season, if the Dolphins pick up where they left off after Sunday’s 31-27 win at Detroit, they will have a legitimate shot at an elusive postseason berth.

With a favorable schedule the next few weeks (at 3-5 Chicago, vs. 3-5 Cleveland, vs. 1-5 Houston), they should strengthen their hold on one of the AFC’s seven playoff berths.

The Dolphins, who currently hold the No. 6 AFC playoff spot, should fare better in the second half of the season.

But beware. The schedule at the end of the season is back-loaded (at San Francisco, at Los Angeles Chargers, at Buffalo, vs. Green Bay, at New England and vs. New York Jets).

And the Dolphins, who are 2-2 on the road, have five road games among their final nine, including a stretch of three in a row.

Still, the outlook is promising.

Tua Tagovailoa (12 touchdowns, three interceptions, league-best 112.7 passer rating) seems to be hitting his stride after a two-game absence in concussion protocol. His three-touchdown, 382-yard performance against Detroit was his best game of the year.

“I was very happy with the way the quarterback played and the decisions that he made, just playing within himself and making plays when they were there,” coach Mike McDaniel said.

The offense showed diversity against the Lions with a rushing touchdown from fullback Alec Ingold, receiving touchdowns from Waddle and tight end Mike Gesicki, and what should have been a receiving touchdown for receiver Trent Sherfield (he was ruled down just short of the goal line). All are encouraging signs.

“We had a bunch of key plays from Mike Gesicki, Trent Sherfield, [running back Raheem] Mostert, and then the play that Tua had,” McDaniel said.

“If we can get that every week, that’s a winning formula. That is tough to stop.”

The defense, for the most part, is making plays when necessary.

The statistics aren’t ideal. The Dolphins are 23rd in the league in yards allowed per game at 362.8, but they make timely plays such as keeping Detroit scoreless in the second half and getting two interceptions in the final three minutes to preserve the Pittsburgh victory.

Dolphins fans should be optimistic.

Significant injuries continue to mount even as the Dolphins are getting healthier overall.

Left guard Liam Eichenberg was the most recent, sustaining a knee injury against Detroit. He was replaced by Robert Jones.

The Dolphins lost safety Brandon Jones (knee) for the season the previous week against Pittsburgh.

All told, the Dolphins have lost four starters or projected starters to season-ending injuries, or for significant time due to injury — Brandon Jones (knee), cornerback Byron Jones (Achilles), cornerback Nik Needham (Achilles), and right tackle Austin Jackson (ankle). It should be noted Tagoaviloa missed two and a half games due to concussion protocol.

And turnovers and penalties are still concerning.

The Dolphins are minus-3 in turnover margin, tied for 24th.

The Dolphins are tied with Dallas for fourth-most penalties (55) and are ninth in penalty yards (416).

“You just have to make a point of emphasis, take each penalty individually and coach off of it, so that we can improve and not put ourselves in such tough spots on both sides of the ball unnecessarily,” McDaniel said.

The ground game, which has shown signs of life recently by totaling at least 100 yards in three of the past four games, still isn’t at full speed.

In points allowed vs. points scored, the Dolphins are minus-14. They’re one of three teams to have a winning record and be upside down in that category, joining Tennessee (5-2, minus-6) and the Los Angeles Chargers (4-3, minus-25).

As for special teams, kicker Jason Sanders remains 0 for 3 on field goal attempts of 50 yards or beyond but perfect on anything shorter, and punter Thomas Morstead is constantly flipping the field and helping the defense. However, the Dolphins remain spotty in special teams as miscues such as Detroit’s successful fake punt keep occurring.

But the offense seems to be getting into a groove, the defense continues making plays, and most importantly, the Dolphins have a winning record and remain in the thick of the playoff hunt.