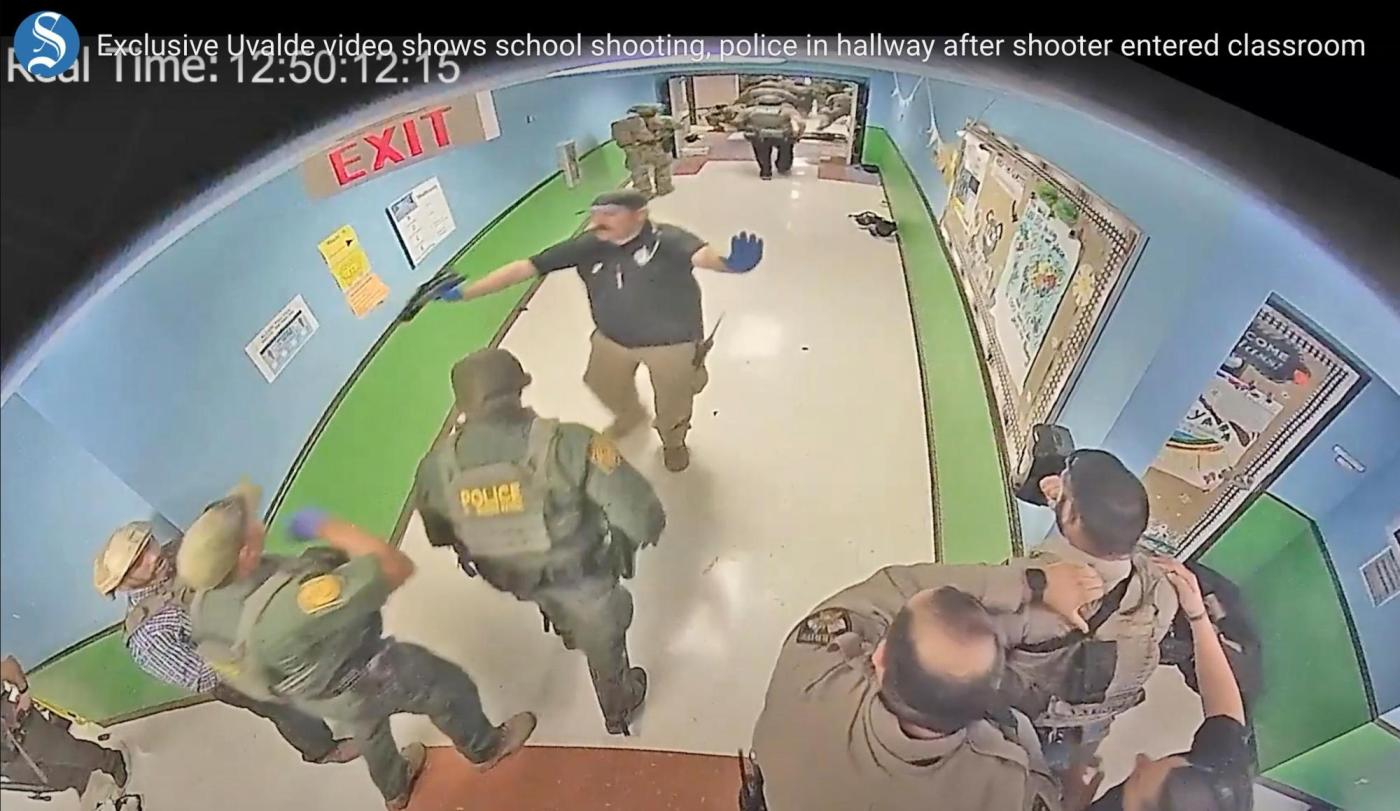 UVALDE, Texas (AP) — Nearly 400 law enforcement officials rushed to a mass shooting that left 21 people dead at a Uvalde elementary school, but “systemic failures” created a chaotic scene that lasted more than an hour before the gunman was finally confronted and killed, according to a report from investigators released Sunday.

The nearly 80-page report, obtained by multiple media outlets, was the first to criticize both state and federal law enforcement, and not just local authorities in the Texas town for the bewildering inaction by heavily armed officers as a gunman fired inside a fourth-grade classroom.

The report — the most complete account yet of the hesitant and haphazard response to the May 24 massacre at at Robb Elementary School — was written by an investigative committee from the Texas House of Representatives and released to family members Sunday.

According to the Texas Tribune, which reviewed the report ahead of its scheduled release to the public later in the day, 376 law enforcement officers massed at the school. The overwhelming majority of those who responded were federal and state law enforcement. That included nearly 150 U.S. Border Patrol agents and 91 state police officials, according to the Tribune.

“It’s a joke. They’re a joke. They’ve got no business wearing a badge. None of them do,” Vincent Salazar, grandfather of 11-year-old Layla Salazer, said Sunday.

The report followed weeks of closed-door interviews with more than 40 people, including witnesses and law enforcement who were on the scene of the shooting.

Flowers that had been piled high in the city’s central square had been removed as of Sunday, leaving a few stuffed animal maps scattered around the fountains alongside photos of some of the children who were killed.

A nearly 80-minute hallway surveillance video published by the Austin American-Statesman this week publicly showed for the first time a hesitant and haphazard tactical response, which the head of Texas’ state police has condemned as a failure and some Uvalde residents have blasted as cowardly.

Calls for police accountability have grown in Uvalde since the shooting. So far, only one officer from the scene of the deadliest school shooting in Texas history is known to be on leave.

The report is the result of one of several investigations into the shooting, including another led by the Justice Department. A report earlier this month by tactical experts at Texas State University alleged that a Uvalde police officer had a chance to stop the gunman before he went inside the school armed with an AR-15.

But in an example of the conflicting statements and disputed accounts since the shooting, Uvalde Mayor Don McLaughlin has said that never happened. That report had been done at the request of the Texas Department of Public Safety, which McLaughlin has increasingly criticized and accused of trying to minimize the role of its troopers during the massacre.

Steve McCraw, the head of Texas DPS, has called the police response an abject failure.