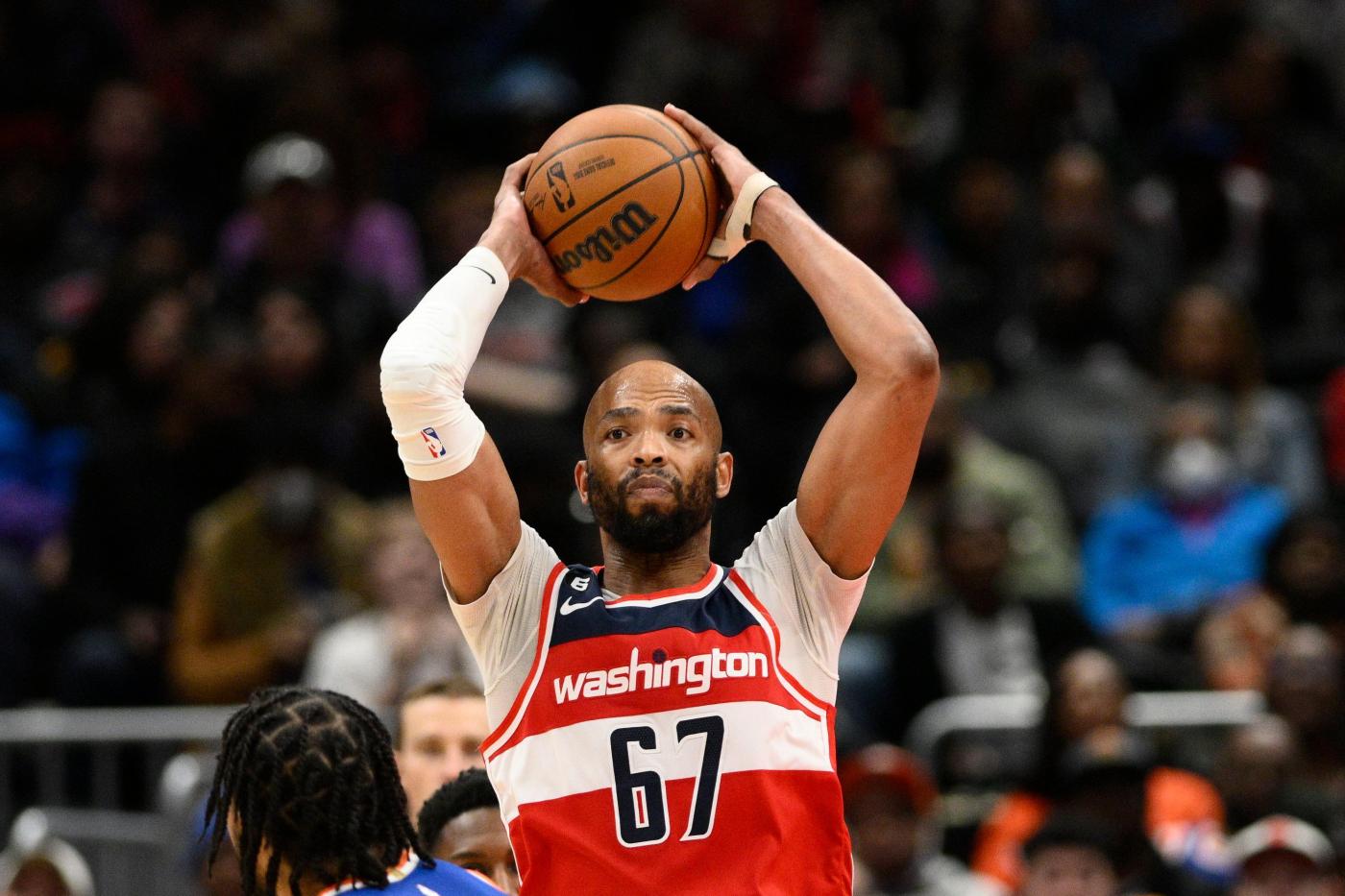 For three seasons in New York, Taj Gibson was a stable — a veteran leader and an extension of the coach.

He defied odds to become the Knicks starting center, not once, but twice, including in the franchise’s only postseason appearance over the last decade. The Brooklynite signed three contracts, all one year deals, and fulfilled a dream of playing for his hometown team.

“Like anything in life, there’s a lot of highs and a lot of lows,” Gibson, now a backup center with the Wizards, told the Daily News. “But it was a great time. I wouldn’t change it for the world. I was able to put the orange and blue on, represent the city. Kind of change things around. I was able to say I made a playoff run with the Knicks.”

Indeed, Gibson was a contributor to the 2021 playoffs, where he started three of the five games against the Hawks because Mitchell Robinson and Nerlens Noel were banged up.

That run extended Gibson’s career. In the offseason prior — when Gibson was coming off an underwhelming pandemic-shortened 2019-20 season — he made it through free agency without a team. As a player in his mid-30s, Gibson might’ve never again played in the NBA if the Knicks hadn’t picked him up mid-season.

“Management has been great to me. [Knicks president Leon Rose] and those guys, those guys are like family,” Gibson said. “Leon didn’t have to give me a second shot after the year we had previously before he came. He came in and gave me another shot. Especially at my age, and most veterans don’t get picked up. I owe Leon the world because he gave me a chance to experience playoff atmosphere at the Garden.”

It’s helped that Gibson since developed at least the threat of a 3-point shot, which he connected at a 40% clip last season. Although he’s struggling with the Wizards while hitting just 21% of his treys before Wednesday, Gibson showed off the potential by winning a team 3-point contest during the morning shootaround at MSG.

Gibson said he “had a chance” to re-sign with the Knicks, who inked other three centers — Robinson, Isaiah Hartenstein and Jericho Sims — to contracts in the summer.

“I still watch most of their games, still keep in touch with most of the coaching staff,” Gibson said. “I see a lot of improvement. Lot of growth. I wish them well.”

Two days after griping about the officiating in Sunday’s loss to the Raptors, coach Tom Thibodeau suddenly turned Zen on the situation.

“I don’t want to go backwards. It was the way the game went. Sometimes they go your way, sometimes they don’t. You just move on,” Thibodeau said.

Immediately following Sunday’s game, Thibodeau remarked, among other things, “it was tough to know what a foul was.” But then the NBA ruled in its watchdog report that the referees made zero mistakes in the final two minutes of regulation and overtime.

That included a noncall on RJ Barrett’s game-tying dunk with 0.6 seconds remaining in regulation, when he was hit on the arm by Raptors forward Scottie Barnes. The NBA determined “Barnes makes contact with Barrett’s upper off-arm during his dunk shot [but] that does not affect the speed, quickness, balance, and/or rhythm of [Barrett’s] shot.”

Faced with a question about the mounting playing time for his Big-3 of Julius Randle, Jalen Brunson and Barrett, Thibodeau labeled the media ‘the minutes police’ and discredited the premise that he’s disproportionately wearing down his players.

“I know you guys like to create the narrative for your stories and you don’t look at it in totality — I don’t think we have anyone in the top 20 in minutes played [per game],” Thibodeau said. “So it is what it is. I think you look at the people in your division and your conference. You look at how they’re playing their guys. More often than not you’re thinking about the matchups going into the game. When this guy’s on the floor we’re going to have this guy matched up with him. So that’s what you’re doing. Most teams are at eight players in the rotation, some are at seven. So I like my nine, I like where that is, I like the rhythm. If you look at the numbers you’d have to say it’s OK.”

“I know you guys are the minutes police and all that nonsense. But you also have to look at Toronto played seven guys [on Sunday],” Thibodeau said. “If they’re going to have their starters out there, this is what they’re doing.”