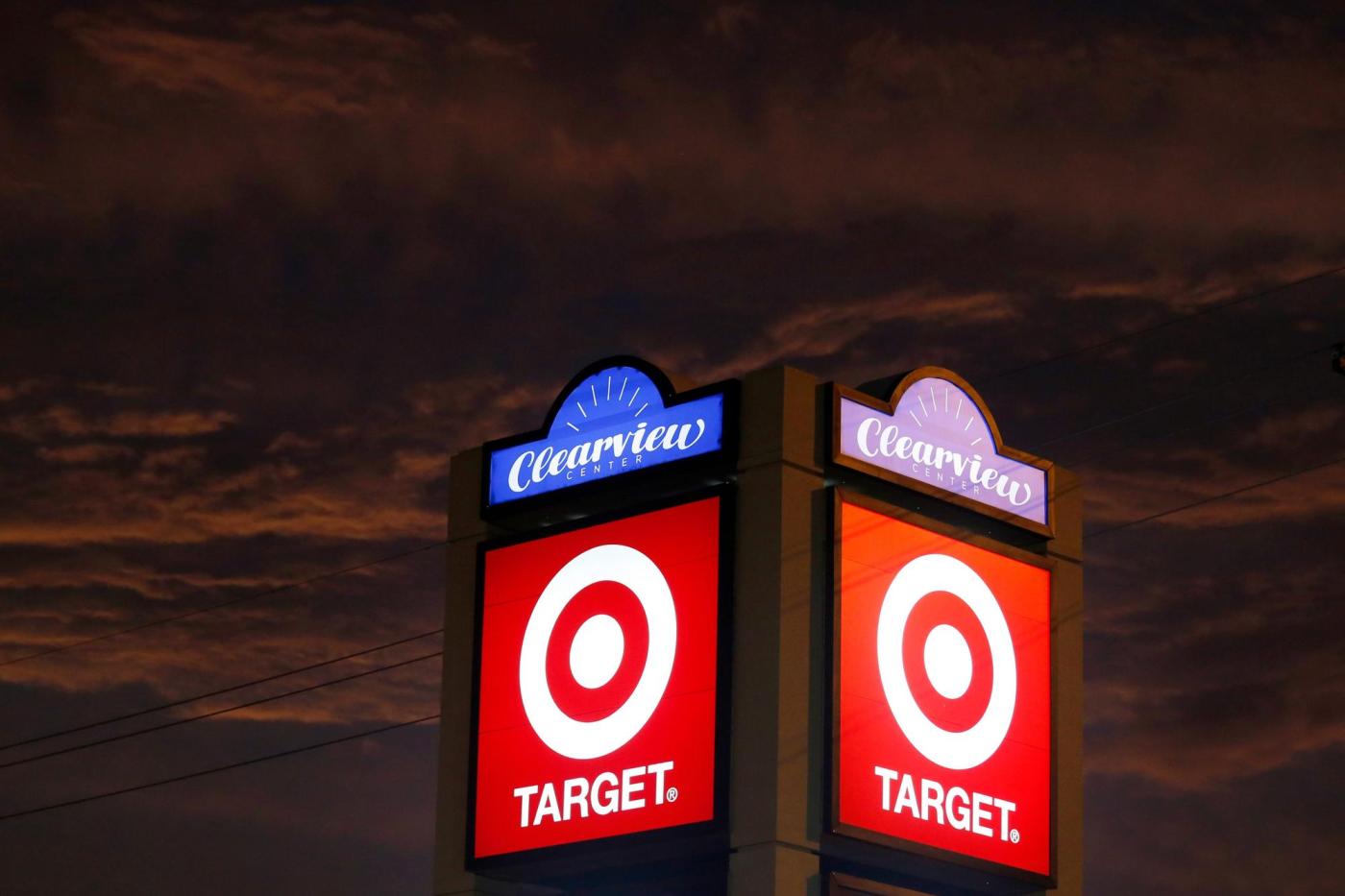 NEW YORK (AP) — An unexpected and potentially ominous pullback in customer spending ahead of the holiday shopping season pushed third-quarter profits at Target down 52% after it was forced to slash prices with Americans feeling the squeeze of inflation.

The Minneapolis retailer voiced caution about its sales and profit during the fourth quarter because of what it’s seen from its customers in recent weeks. They’re waiting for sales rather than buying goods at full price, and finding ways to cut down on spending in other ways as well.

Shares of Target tumbled 13% and other retailers slid as well. Macy’s and Kohl’s fell 6% and Nordstrom slumped 9%. Walmart’s shares were flat.

Target said that will be slashing expenses with a goal of saving $2 billion to $3 billion over the next three years. Those cost cuts will not include widespread layoffs or hiring freezes, executives said.

Target’s dour quarter arrives amid a backdrop of resiliency from American consumers.

The U.S. on Wednesday reported that retail sales rose 1.3% in October from September, though there was some noise in that report. The increase was led by car sales and higher gas prices, but those car sales may have been supercharged by the arrival of Hurricane Ian in late September, which destroyed up to 70,000 vehicles, according to economists at TD Securities.

What has become clear is that spending by the American consumer is shifting, with many trading down to cheaper options, and to stores where they think they can save money. That was evident at Walmart, which reported better-than-expected earnings Tuesday. One factor: more than 50% of Walmart’s U.S. business comes from groceries; that number is 20% at Target. With inflation all around, households take care of needs like food and shelter first.

That dynamic is playing out as retailers head into the unofficial start of the holiday season, the most critical period of the year for them.

Target’s sales weakened significantly in the weeks leading up to November, with more customers cutting back on discretionary items, said Chairman and CEO Brian Cornell. They’re also buying smaller packages and trading down to instore brands. That trend pushed quarterly profit far below the expectations of both Target, and Wall Street.

Many Target customers have begun to lean on credit cards or have dipped into savings to shop, Christine Hennington, the company’s chief growth officer, told analysts Wednesday.

Target has built a reputation as being tuned into fashion and a place to outfit your home smartly, areas where shoppers may now be cutting back. But other retailers are not immune to customers anxious about rising prices.

“With its exposure to a lot of discretionary spend, Target will feel the chill first, but it will not be the only retailer to catch a cold,” said Neil Saunders, managing director at GlobalData Retail.

Kohl’s and Macy’s report quarterly results on Thursday, which should offer more insight into the mindset of the American consumer.

“It’s an environment where consumers have been stressed,” Target’s Cornell said. “We know they are spending more dollars on food and beverage and household essentials. And as they are shopping for discretionary categories … they are looking for that great deal.”

Cornell expects that trend to continue through the holidays.

The disappointing quarter follows Target’s nearly 90% profit slide in the second quarter and a 52% drop in the first. In early June, Target warned that it was canceling orders from suppliers and aggressively cutting prices because of a pronounced spending shift by Americans.

Retailers were blindsided by the lightening-fast shift from pandemic spending on things like TVs and kitchen appliances, to dinners out, movies and vacations. Now, inflation has created less wiggle room for a new flat screen or a smart blender.

Revenue rose 3.4% to $26.52 billion compared with the year ago quarter, which edged out Wall Street expectations, according to FactSet.

Comparable sales increased 2.7% — those that come from stores and online — on top of a 12.7% growth last year.

Cosmetics, food, beverage and household essential drove sales, offsetting weakness in discretionary items. Target did gain market share across all five of its key merchandise categories based on the number of items sold.

And Cornell said that shoppers are ready to spend when it comes to such events as Halloween and the back-to-school season.

The quarterly operating income margin rate was 3.9% in 2022, compared with 7.8% in 2021 as markdowns hit profits, on top of rising theft and merchandise and freight costs.

Target said theft is a growing problem. Executives say that Target booked more than $400 million in losses from theft so far this year, with the number of thefts rising 50%.

Because of softening of sales and profits toward the end of the reporting period, Target said it is planning for a “wide range of sales outcomes in the fourth quarter.”

The company expects a low-single-digit decline for comparable sales for the fourth quarter with an operating margin rate of around 3%.