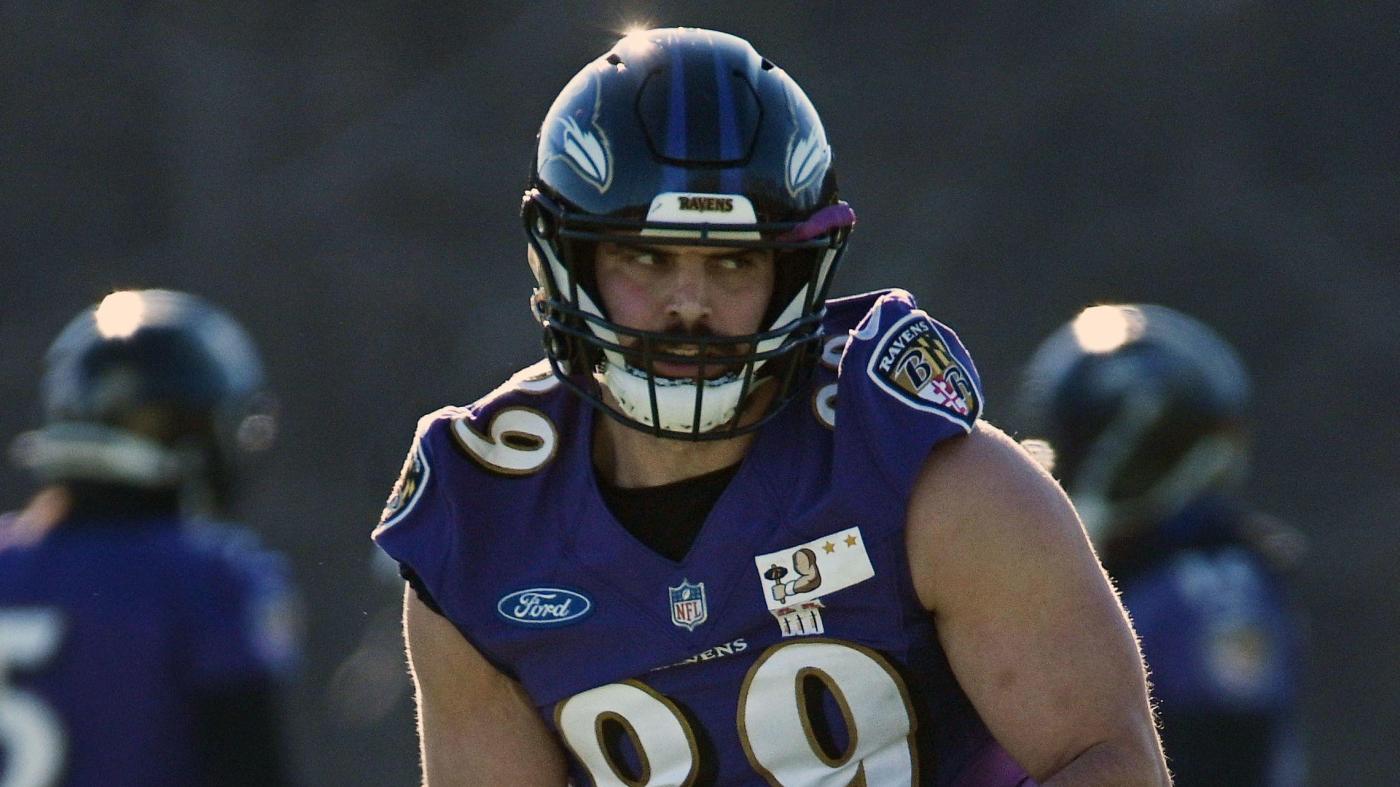 Ricard, Smith, Tucker and Duvernay were named starters in the Feb. 3 event, which will be held for the first time as a skills competition and flag football game at Allegiant Stadium in Paradise, Nevada. Only the Philadelphia Eagles, Dallas Cowboys and Kansas City Chiefs had more players selected than the Ravens.

This is the first Pro Bowl honor for Smith, a two-time All-Pro whom the Ravens acquired at the trade deadline, and the second straight honor for Duvernay, who’s on injured reserve with a foot injury. Humphrey and Andrews have been honored three times, while Ricard has made it to the Pro Bowl four years in a row. This is the sixth such accolade for Tucker.

Long snapper Nick Moore was named a first alternate. Guard Kevin Zeitler, who led all players at the position in fan voting, was not selected.

Andrews leads the Ravens in catches (61), receiving yards (702) and receiving touchdowns (five) this season. He’s third among NFL tight ends in both catches and yards and tied for fourth in touchdowns.

Ricard, who trails only offensive tackle Jonathan Ogden (11) and guard Marshal Yanda (eight) for the most Pro Bowl selections by an offensive player in franchise history, is playing a career-high 64% of the offensive snaps this season. He remains one of the NFL’s best run blockers at the position and has career highs in catches (11), receiving yards (74), carries (seven) and rushing yards (16).

Smith is tied for sixth in the NFL in total tackles (130) and has 4 1/2 sacks, nine tackles for loss, five passes defensed and a career-high three interceptions this season. Smith and Humphrey are the NFL’s only defenders to record at least three interceptions and three sacks this season. Since he arrived in Week 9, the Ravens have had the NFL’s third-best defense, according to Football Outsiders’ efficiency metrics.

Humphrey is the first cornerback in franchise history to record multiple sacks (three), interceptions (three) and fumble recoveries (two) in a single season. According to Pro Football Focus, he’s played 515 coverage snaps this season without allowing a touchdown, the most in the NFL. His three Pro Bowl selections are tied with Chris McAlister for the most ever by a Ravens cornerback.

Tucker, the most accurate kicker in NFL history, is 29-for-34 on field goal attempts this season, with just one miss inside 50 yards. He’s also 29-for-30 on extra-point attempts. In recent weeks, Tucker surpassed kicker Matt Stover for the most points scored (1,476), field goals made (355) and extra points made (411) in Ravens history.

Duvernay, who returned a kickoff 103 yards for a touchdown against the Miami Dolphins, leads all AFC players with at least 15 kickoffs this season in average return (25.5 yards). He also averaged 11.9 yards per punt return. As a receiver, he set career highs in catches (37) and yards (407).