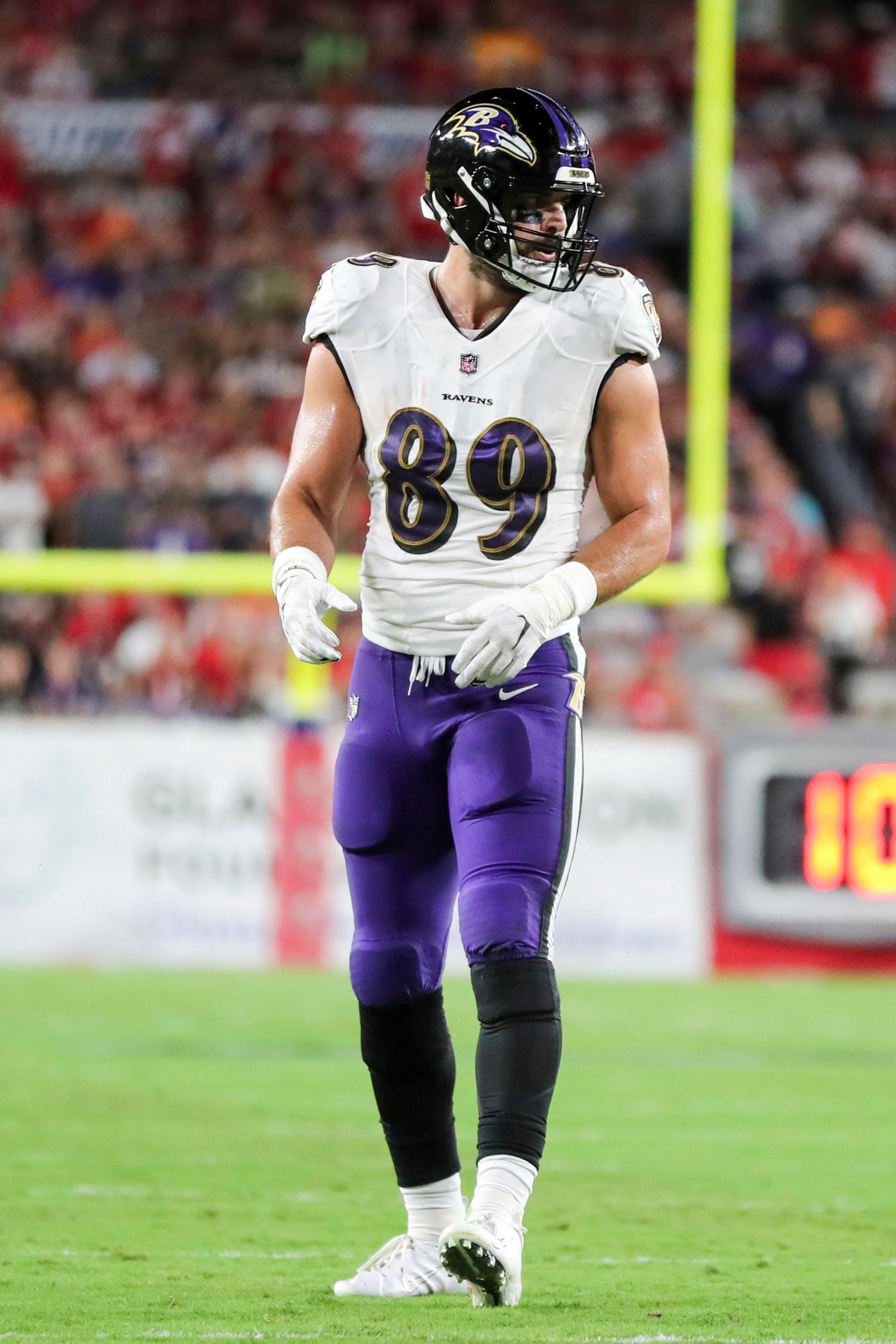 Coach John Harbaugh said Monday that a handful of injured Ravens, including starting tight end Mark Andrews and running back Gus Edwards, have a “real good chance” of returning for Sunday’s game against the Carolina Panthers.

Harbaugh said Andrews, who missed the Ravens’ Week 9 win over the New Orleans Saints with knee and shoulder injuries, “sounds very positive” about his recovery. Despite missing nearly two full games, Andrews leads the Ravens in catches (42) and receiving yards (488) this season.

“We’ll see how he progresses throughout the rest of the week,” Harbaugh said. “It’d be the same answer for Gus.”

Edwards, who hurt his hamstring in the Ravens’ Week 8 win over the Tampa Bay Buccaneers and was sidelined against New Orleans, is averaging 4.9 yards per carry.

Outside linebacker Jason Pierre-Paul, who Harbaugh said “tweaked” his ankle against the Saints, returned to practice Monday. Wide receiver DeSean Jackson is also recovering from what Harbaugh said is a minor hamstring injury.

“All those guys, we’ll just see how they look on Wednesday, Thursday, Friday,” Harbaugh said. “They all have a real good chance.”