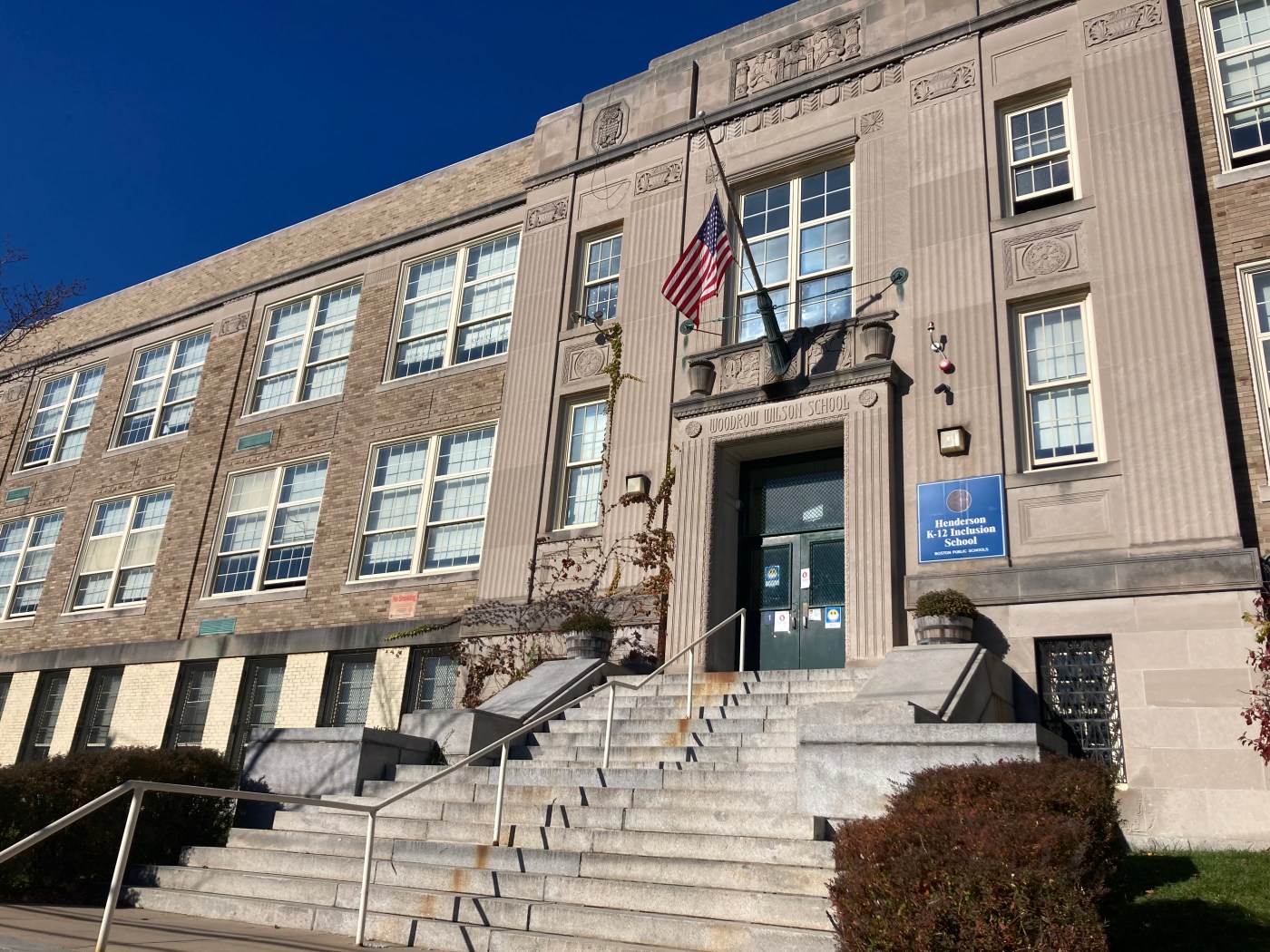 The 17-year-old defendant in the case of a beating last year at a Dorchester school that sent the principal to the hospital did not appear in person at her scheduled arraignment, so the hearing has been continued to later today.

Judge Sylvia Gomes denied a defense motion this morning in municipal court in Dorchester to allow defendant Laurette LeRouge of Mattapan to appear via internet video teleconferencing client Zoom. She did set conditions that the teen not have her face photographed when she appears this afternoon, but will allow the pool photographer to shoot the defence desk from behind..

After a short initial recess, court was reconvened to plan a new arraignment for 2:30 p.m.

Defense attorney Patrick Colvario argued that the late notice, which he claimed was 12 hours, that LeRouge’s juvenile case could allow for attendance of the alleged victim’s family, who filled benches in the Fourth Session courtroom, and members of the media to be present would further traumatize the accused teen. He said there simply wasn’t enough time to prepare her to walk through “a gauntlet of press.”

He further argued that LeRouge’s mother is also mother to eight other children, who she would have to bring along if she wanted to be there in court for emotional support. The press in the hallways would complicate her ability to be there for her daughter, he argued.

Prosecutor Elizabeth Teebagy, an assistant district attorney for Suffolk County, argued that these were “logistical issues” and that while the court had enjoyed the “luxury” of Zoom during the pandemic, that doesn’t make it a required alternative.

Judge Gomes seemed to agree and told the court that her policy was to have arraignments take place in person.

As previously reported, LeRouge was indicted and charged as a “youthful offender,” which allows her to be prosecuted and sentenced as either an adult or a juvenile and sentenced likewise.

Another staffer was also reported injured in the assault.