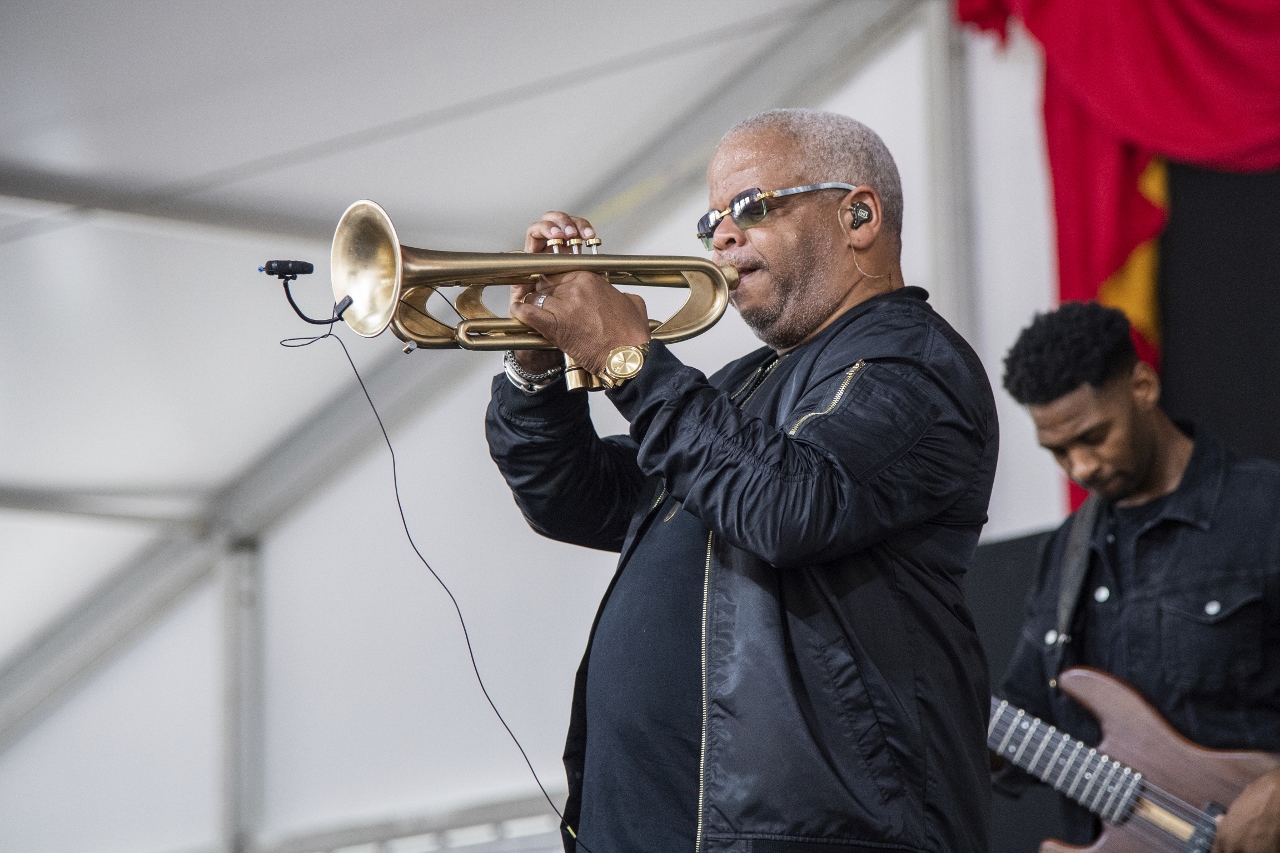 The instant Terence Blanchard heard a revealing documentary about the jazz legend Louis Armstrong was in the works, he said, “I have to be involved in some kind of way since it’s Louis Armstrong. We just started to get to work right at that moment.”
The Oscar-nominated and five-time Grammy winning musician, conductor and arranger composed the music for AppleTV+’s “Louis Armstrong’s Black & Blues.”
Armstrong (1901-1971), a New Orleans native, was a towering figure. Not just an innovator dubbed the founding father of jazz in the 1920s, he was an enduring star for over 50 years onscreen, in clubs, records and television. An international cultural ambassador.
The documentary, filled with his music and trumpet playing alongside talking heads and with access to his extensive personal archives, traces Armstrong’s trajectory as a beloved figure for over four decades – until the ‘60s when the civil rights movement and Black Power advocates saw the smiling, big-hearted “Satchmo” as a disreputable figure, kowtowing to white audiences.
“This documentary should open the eyes of a lot of people about who he really was.  How brilliant he was,” Blanchard, 60, a visiting scholar in jazz composition at Berklee, said in a recent phone interview.
His “very intimate score” is intended to show Pops – his nickname for Armstrong – “in a different light. His music is powerful. With my score I wanted people to see Pops from a more emotional point of view, because there’s of a lot of misunderstanding about his personality.
“Like most of us who came along in the ‘60s, a very turbulent time in American history, we tend to view Pops in that moment in a very derogatory way. We looked at him as being something that we would never be. Not understanding the full picture of who he was.
“What the documentary can help you understand,” Blanchard continued, “is that he really understood his place in the world. He understood how big his [critical] comments would be.
“And for him, it was more about letting the music speak for itself so that we can have a Dizzy Gillepsie, so that we can have a Miles Davis – and those people could have their careers.
“He sacrificed his career for the betterment of the music in general is the way I look at it.
“And it’s amazing because when you listen to this documentary, he was very much socially aware of everything that was going on the entire time and definitely had strong opinions about it.”
As the composer, “The idea for me is to broaden the experience for people,” Blanchard noted. “Let Louis have his music speak for itself — and have the score be their emotional backdrop for the entire documentary.”