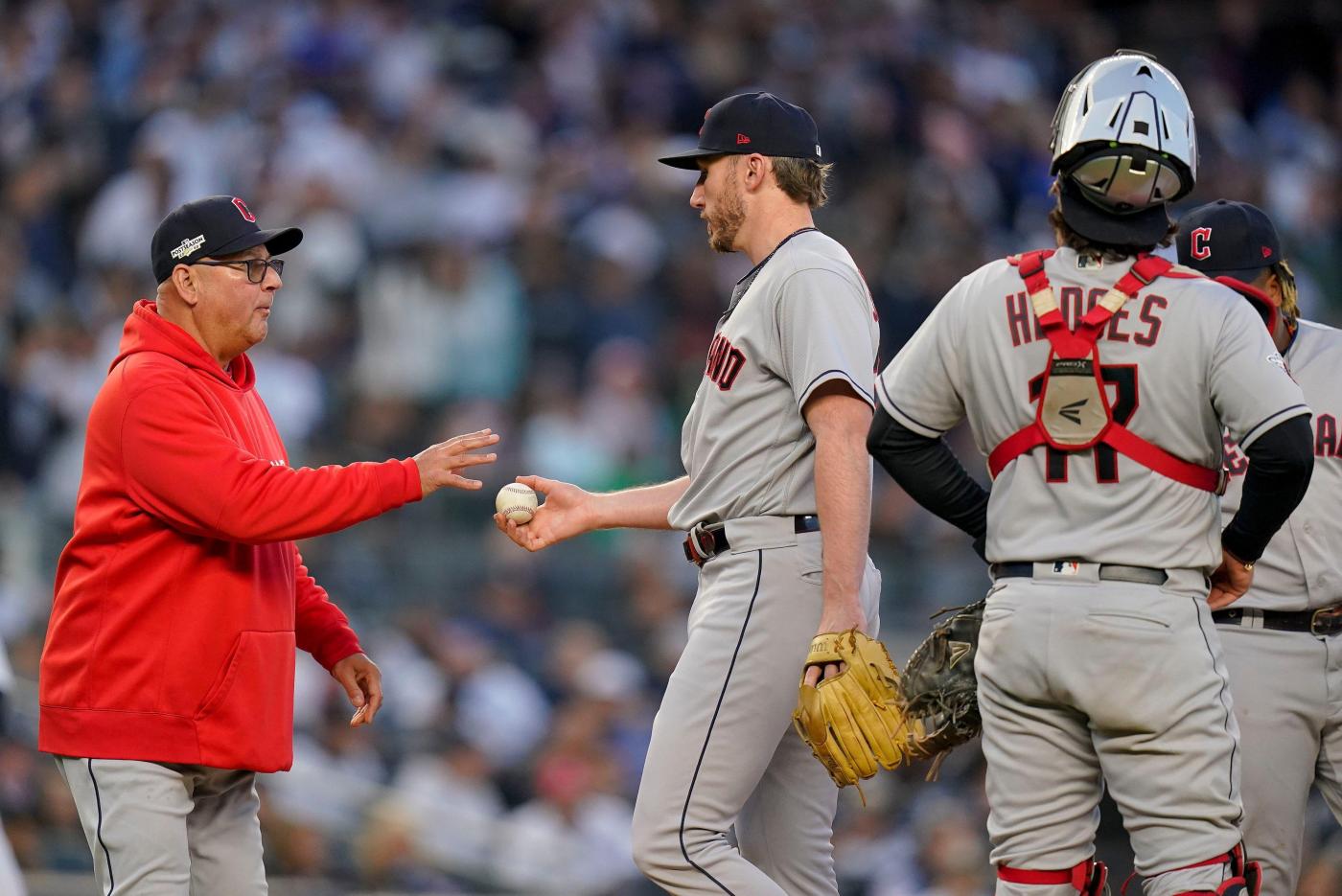 Terry Francona managed a very poor game in his team’s loss in Game 5 of the American League Division Series.

The Guardians’ manager, a respected veteran skipper, mismanaged a few crucial parts of the game, denying his team’s magic carpet ride an entrance into Houston.

After the game, Francona clarified a few of the puzzling moments, leaving a few things still to be desired.

In the fourth inning, Cleveland second baseman Andres Gimenez rolled over a ball and sent it up the first base line. With two outs and the Guardians already trailing 4-1, any base runner would have been a valuable resource for a team desperately trying to mount a comeback.

Gimenez hustled up the line and beat pitcher Nestor Cortes to first, forcing Yankee first baseman Anthony Rizzo to go for the out by himself. The result was a bang-bang play with both players sliding — Rizzo glove first, Gimenez feet first — to try and reach the bag. Gimenez was called out, but instant replays on the TBS broadcast clearly showed that Rizzo’s glove got stuck in the dirt before reaching the base, and Gimenez’s cleat had beaten him.

“We ran out of time,” he answered succinctly.

That is not a good enough answer in the regular season, let alone a do-or-die postseason game. The Guardians had questionable replay strategies all series, especially in Game 4 when they used their two challenges on plays that had no shot of being overturned. Perhaps that made them gun shy in Game 5, but the Gimenez play was a true example of the “nothing to lose” challenge, as a runner on first could have been monumental (especially with Cortes nearing the end of his rope) and they still would have had another challenge in their pocket for the late innings.

After the game, the Daily News asked Rizzo if he was surprised Francona didn’t review the play. All he said was that he “didn’t see” the play in question. Next, he was asked if he thought Gimenez was out.

“Yeah, but I guess he was safe,” he smirked.

All messaging from the Cleveland camp made it clear that Shane Bieber was a very unlikely option in Game 5. Bieber would have been on three day’s rest — just like Cortes, who wound up pitching a phenomenal game — but no two pitchers are built the same.

We can’t dispute that Francona knows his pitcher better than anybody else. We also don’t know how Bieber’s body — mainly his pitching shoulder, which sent him to the injured list for over two months last season — would have responded.

What we can debate was Francona’s decision to start Aaron Civale. Not only had Civale been mediocre in the regular season, he also had not pitched at all in the postseason. The question is why they threw Civale to the wolves rather than using an opener and having him face the bottom of the Yankees’ order.

Trevor Stephan, who appeared in three games, including Game 5, did not allow a hit all series. Coming into Tuesday, he had gone 2.1 innings, striking out five and walking zero. Hindsight being 20/20, Stephan would have been a great candidate to open the game and get at least four outs. The drop off in the Yankees’ lineup after Gleyber Torres, Aaron Judge, Rizzo and Giancarlo Stanton is so steep that it can cause motion sickness.

We’ll never know how this series could have turned if Francona let Stephan face those four before turning things over to Civale for some length, but it may haunt Guardians’ fans all winter. Civale was tagged for a walk, two hits and three runs while only getting a single out. Stanton’s three-run opposite field home run off him put the Guardians’ behind the eight ball right away and Civale was given a Bronx serenade as he sulked off the mound.

“I felt terrible taking him out that quickly, but I just didn’t think we could give up any more,” Francona said.

Francona also reiterated after the game that even though Civale lasted just a third of an inning, there was no consideration to using Bieber.

“He had a little bit of command issues,” said Josh Donaldson, who ended Civale’s day with a single. “We really weren’t that surprised [that they didn’t use Bieber].

Any longtime baseball observer understands the utility of scoring first. That’s why Cleveland shortstop Amed Rosario’s bunt attempt in the top of the first was so bizarre. Steven Kwan had reached on a single, setting the Guardians up for a potentially big inning.

That was quelled when Rosario popped the bunt up for the first out and Jose Ramirez and Oscar Gonzalez couldn’t do anything behind him, extinguishing the first kindling Cleveland had going. Francona told reporters after the game that his dugout never tells guys when to bunt for a base hit, presumably what Rosario was going for, putting the onus on the player there.

If we’re nit picking, the other odd move by Francona was going to reliever James Karinchak before Emmanuel Clase. According to FanGraphs’ Wins Above Replacement, Clase was the best reliever in the American League this season, ahead of the field by half a win.

But Franconca opted for Karinchak to relieve Stephan in the fifth inning and face Rizzo with Torres already standing on second base. Karinchak did put Rizzo in a quick 0-2 hole, but after a foul ball, the Bombers’ first baseman sent a ball back up the middle for an RBI single. That knocked in a run, putting the Yankees ahead by the 5-1 score that would eventually become final, making Clase’s appearance in the seventh and eighth inning pretty much inconsequential.

“That was a big ask and they did a terrific job,” Francona said, speaking about the entire bullpen. “They have done a terrific job all year.”

It’s a shame for all of northeastern Ohio that they won’t get to see that bullpen against the Astros.